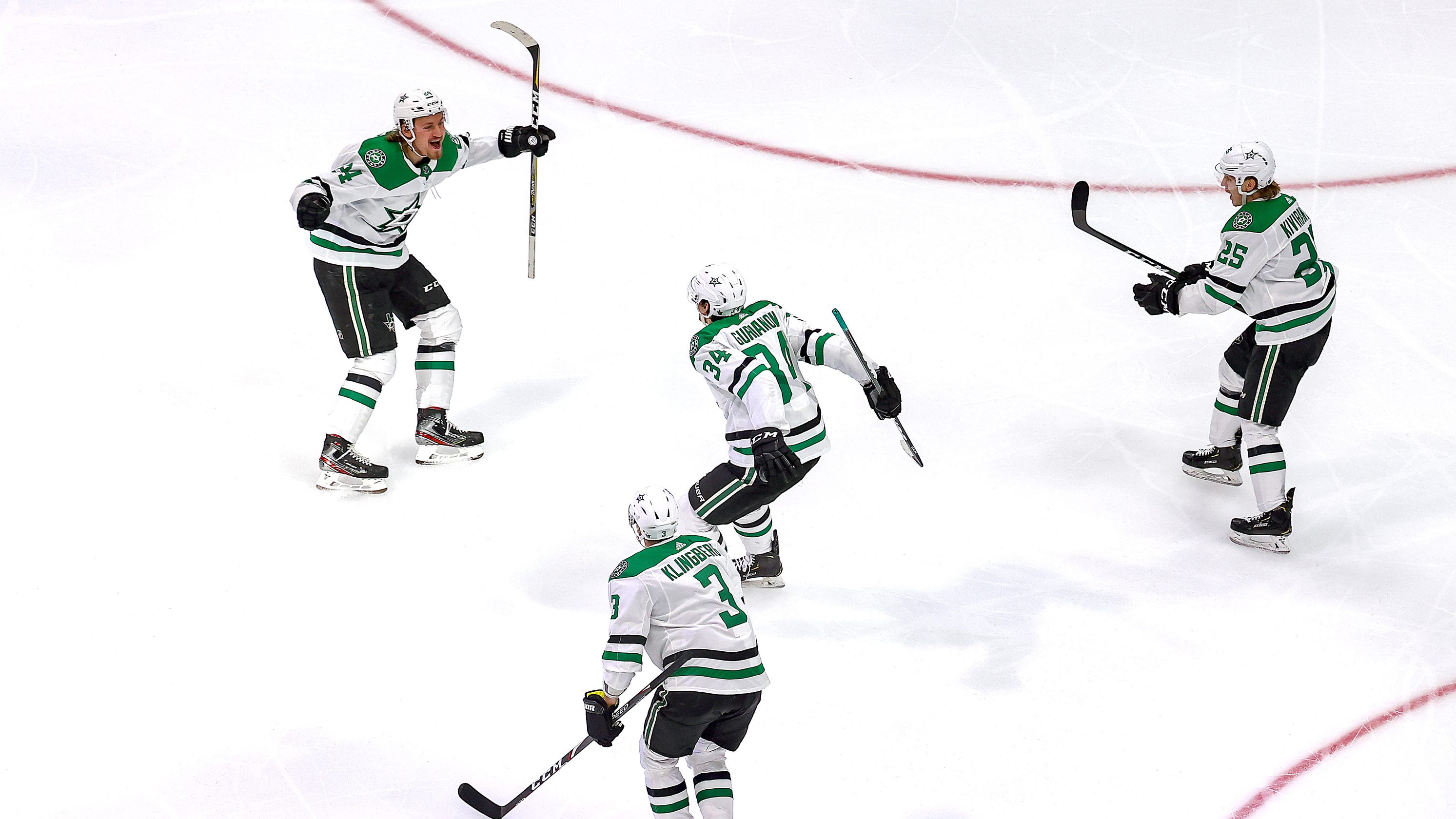 The Dallas Stars are heading back to the Stanley Cup Final for the first time in 20 years.

They defeated the Vegas Golden Knights 3-2 in overtime Monday night in the Edmonton, Alberta, bubble to win the Western Conference final 4-1.

Clawing out of a 2-0 hole in the third period to force the extra session, the Stars ended it early in the first overtime on the power play. With Golden Knights defenseman Zach Whitecloud in the box for a delay-of-game penalty, Stars forDenis Gurianov fired home his ninth goal of the playoffs to send Dallas to the Final.

The Stars had not reached the Stanley Cup Final since 2000, when they fell to the New Jersey Devils in six games.

They last won the Stanley Cup in 1999, when Brett Hull scored his controversial “foot-in-the-crease” goal against the Buffalo Sabres in the third overtime of Game 6.

WE. ARE. NOT. GOING. HOME.#GoStarspic.twitter.com/FpTptDVYEY

However, it had lost six in a row before the league paused the season on March 12 because of the COVID-19 pandemic.

The Stars made a surprise in-season coaching change when it fired Jim Montgomery on Dec. 10 for “unprofessional conduct” – Montgomery entered an alcohol-rehab center three weeks later – and replaced him with Rick Bowness. The team went 18-11-3 under Montgomery and 20-13-5 under Bowness to finish third in the Central Division and earn a bye from the qualifying round.

After going 1-2 in the round robin, the Stars knocked off the Calgary Flames in the first round in six games, overcoming a 3-0 deficit in the clincher to win 7-3.

Dallas led 3-1 in its second-round series against Colorado before the Avalanche forced a Game 7. Rookie Joel Kiviranta, inserted into the lineup because Andrew Cogliano was unfit to play, scored a hat trick, including the overtime winner, as the Stars reached the conference final for the first time for 2008.

Kiviranta scored the game-tying goal late in the third period Monday night on the power play, setting the stage for Gurianov’s winner.

Now, Dallas awaits the winner of the Eastern Conference final between the Tampa Bay Lightning and New York Islanders. The Lightning hold a 3-1 series lead heading into Game 5 Tuesday (8, NBCSN).