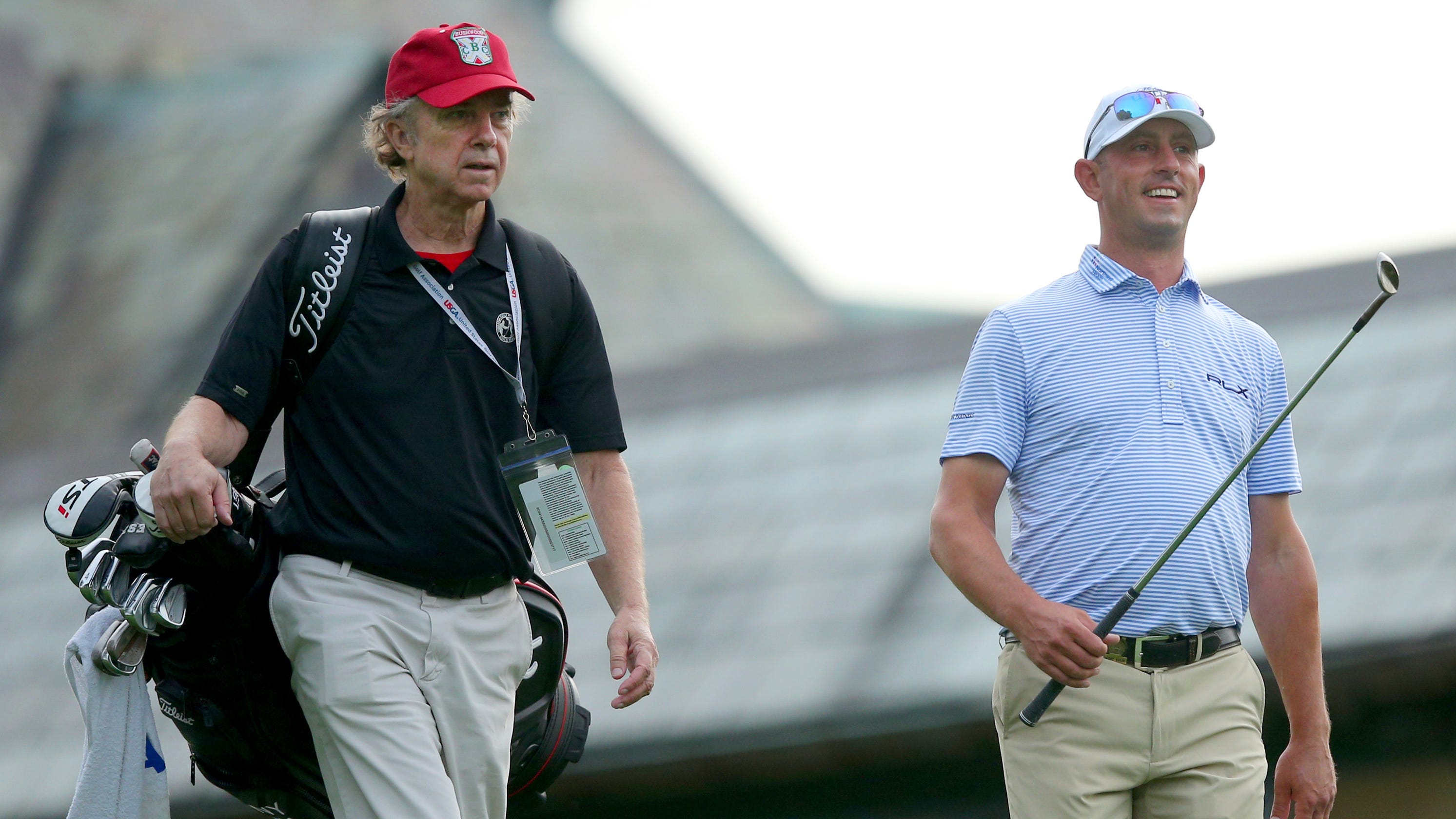 
MAMARONECK, N.Y. — Nostalgia plays well at Winged Foot, so it was fitting to see Michael O’Keefe back at work Monday with a familiar red Bushwood hat on his head and a cumbersome Titleist staff bag on his shoulder.

The 65-year-old actor was a caddie here for two summers and went on to play Danny Noonan in “Caddyshack.”

He was on social media last week lobbying for a loop here, just hoping to get back inside the gates to see the U.S. Open up close and in person. He picked up a couple days of work when local club professional Danny Balin responded with an invitation.

The introduction was made by golf instructor and television commentator Michael Breed and Monday, at 8:51 a.m., Noonan and Balin were off to scout the back nine.

“I’ve given a lot of interviews this year because it’s the 40th anniversary of the release of the movie,” said O’Keefe. “I knew the Open was going to be here. My brother, Billy, is a member here and a former (club) president and I was thinking, ‘Wouldn’t it be fun if somebody put me on their bag?’ And I thought the chances of that happening were about as likely as Carl Spackler winning the Masters, but the next thing you know, I get a call from Mike Breed and he said, ‘Hey, are you serious?’ I was like, ‘Yeah, why?’ He said, ‘Start doing some push-ups, I think it’s going to work out.’ ”

Balin loved the idea from the start.

“I had a Team Titleist event with Michael Breed, and afterward Michael pulled me to the side and told me he thought it would be a great thing to do,” said the 38-year-old, who is the head pro at Fresh Meadow Country Club on Long Island.

“We had spoken and kind of agreed that it would be great, two locals, him having grown up here, me being here as a club pro and one of the only locals in the field. We both have a little history here at Winged Foot and I thought it would just be great for golf, great for the 40th anniversary of the making of ‘Caddyshack.’ And getting some notoriety in the area is a good thing for me, for the club that I work at and all the members I work with.”

The pairing is also spotlighting a fundraising effort started by Winged Foot member Bill Fugazy to aid the club’s full-time caddies who have lost work due to the COVID-19 pandemic. Right now, the Richie’s Gift campaign on GoFundMe.org is nearing $250,000.

O’Keefe has kicked in money.

“We just did our first nine together and it was a blast,” he said. “It was so much fun to be back out there and get a feel for the course again. Danny has got game. He has made my dream come true, so I owe him everything for that.”

They will be together again on Tuesday and Balin’s regular caddie, Marc Mondelblatt, will be on the bag the rest of the week.

“It was sort of a lark when I wrote it and then we got like 50,000 social media hits and then Danny jumped on it,” O’Keefe added, joking that “I’m just here having a blast and I’m hoping the poison I gave his caddie Marc will kick in sometime later tomorrow and he’ll have to put me on his bag Thursday and Friday.”

Balin, who grew up in Maryland, figures he’s seen Caddyshack 15 or 20 times.

“Any time I would caddie or go even play golf with somebody, it was always like, ‘Danny, do you do drugs? … Every day.’ So between that and, ‘Be the ball. Be the ball, Danny,’ I got it a lot,” Balin said. “The movie was great. Michael was a lot of fun.”

Since the pandemic shut down qualifying events this year, Balin got into the PGA Championship and the U.S. Open by virtue of a top five at last year’s PGA Professional Championship.

“It was not unlike (the Hollywood version), without the celebrity play,” O’Keefe said of the experience. “(Caddie master) Gene Hayden was an incredibly tough taskmaster. He scared the hell out of everybody. If you got a loop, just the call of your name would put the fear of God in you.

“Some of the older caddies were amazing because they had been around forever and they really knew the course and could size up a golfer while he was taking a practice swing on the first tee. They were great about sharing the shortcuts, where you want to drop the bag, where you could save a couple of steps, teaching you about the grain and the putts breaking back toward the clubhouse.”

He again looked the part aside from the hat.

It was almost too perfect, clean and perfectly shaped, begging a question about the location of the original Bushwood cap from the movie.