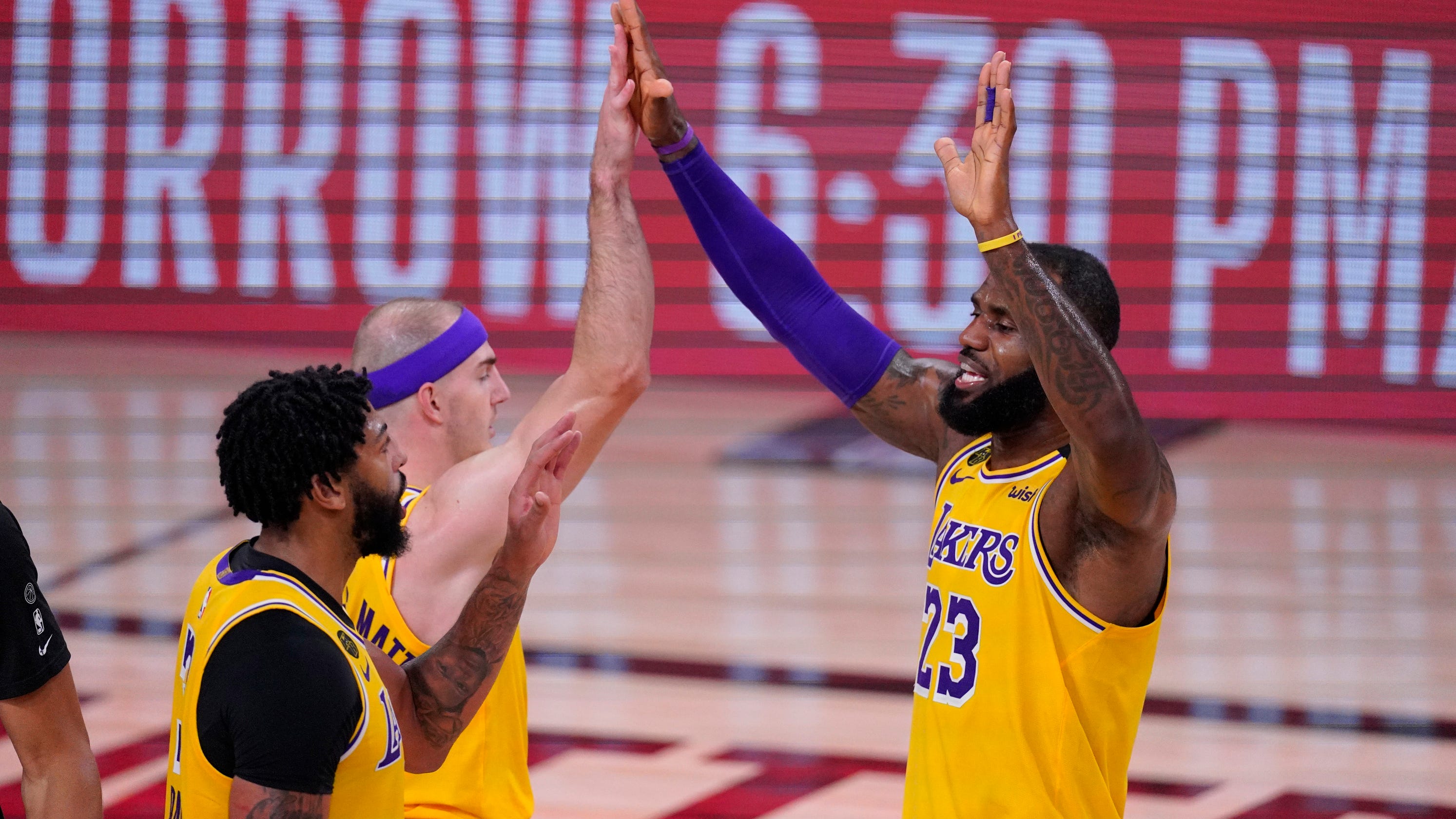 How the Lakers are using down time before Western Conference finals

While their future opponent has toiled in competitive playoff games, the Los Angeles Lakers have spent their time enjoying some of life’s pleasures.

As the Lakers strive to win an NBA championship, they have dealt in recent weeks with the ultimate first-world problem. When they have waited for their next playoff opponent, how do the Lakers enjoy their idle time on a restricted NBA campus without compromising their long-term play?

“It’s definitely a challenge,” Vogel said. “There’s no doubt about that.”

While the Lakers have had time to rest and prepare between each playoff series, their opponents have not.

After finishing their eight seeding games, the Lakers had three days to prepare while the Portland Trail Blazers faced the Memphis Grizzlies in a play-in game. The Lakers then beat the Portland in the first round of the playoffs in five games, before the Houston Rockets survived a seven-game series against the Oklahoma City Thunder.

The Lakers will have five full days off between games when the Western Conference finals start. (Photo: Mark J. Terrill, AP)

Therefore, the challenges go far deeper than determining which wine bottle to open, which golf course to try or what toppings to have on their pizza.

“You’re either getting better or you’re getting worse,” Vogel said. “You not only want to stay sharp, but we want to get better every time we step on a basketball court.”

To get better on the basketball court, the Lakers have calculated when to step away from it.

After dispatching Portland, the Lakers did not have a practice the following day. So Vogel organized a team pizza party before having one practice day to prepare for the Rockets. After eliminating Houston, the Lakers had the following day off. So James, Caruso and Vogel were among the people that enjoyed the opening week of NFL football. They will then have two full practice days to prepare for the Clippers or Nuggets.

The Lakers all watched the Game 6 of the Clippers-Nuggets series. But James said he does not fully prepare for his next opponent until he officially knows who it is. Vogel and his assistants also watched the game. But they tabled their prep until Monday morning. They then will have more intense film sessions Tuesday, Wednesday and Thursday.

So how do the Lakers determine when to lock in on the game and step away from it?

After each elimination game, the Lakers have given the team a day off to clear their minds and receive treatment for their bodies. But then Vogel has tried to simulate the NBA’s normal schedule that has teams playing every other day with rest or practice days in between.

This week, Vogel oversaw a heavy practice Monday before planning to have an off day Tuesday. Once the Lakers know their opponent Tuesday night, they will have a heavier practice Wednesday followed by a lighter one Thursday.

Amid all of this planning, one central question arises. Does this help or hurt the Lakers? Yes, they have advanced to the Western Conference finals for the first time since 2010. But they also have lost Game 1 against Portland and Houston after they both survived elimination games.

The Lakers are hardly complaining about their circumstances. Instead of toiling with boredom, the Lakers have sought to creativity keep life interesting. General manager Rob Pelinka organized a trivia game to spark the team’s competitiveness. Instead of worrying about who their opponent might be, Vogel has centered his practices on universal concepts involving the team’s fundamentals, playbook and live scrimmaging.

“It’s not frustrating for me because I don’t really focus on things that I can’t control,” Vogel said. “Whoever wins, wins. We’ll be ready for both.”

Until then, the Lakers will bide their time by enjoying life on and off the basketball court.