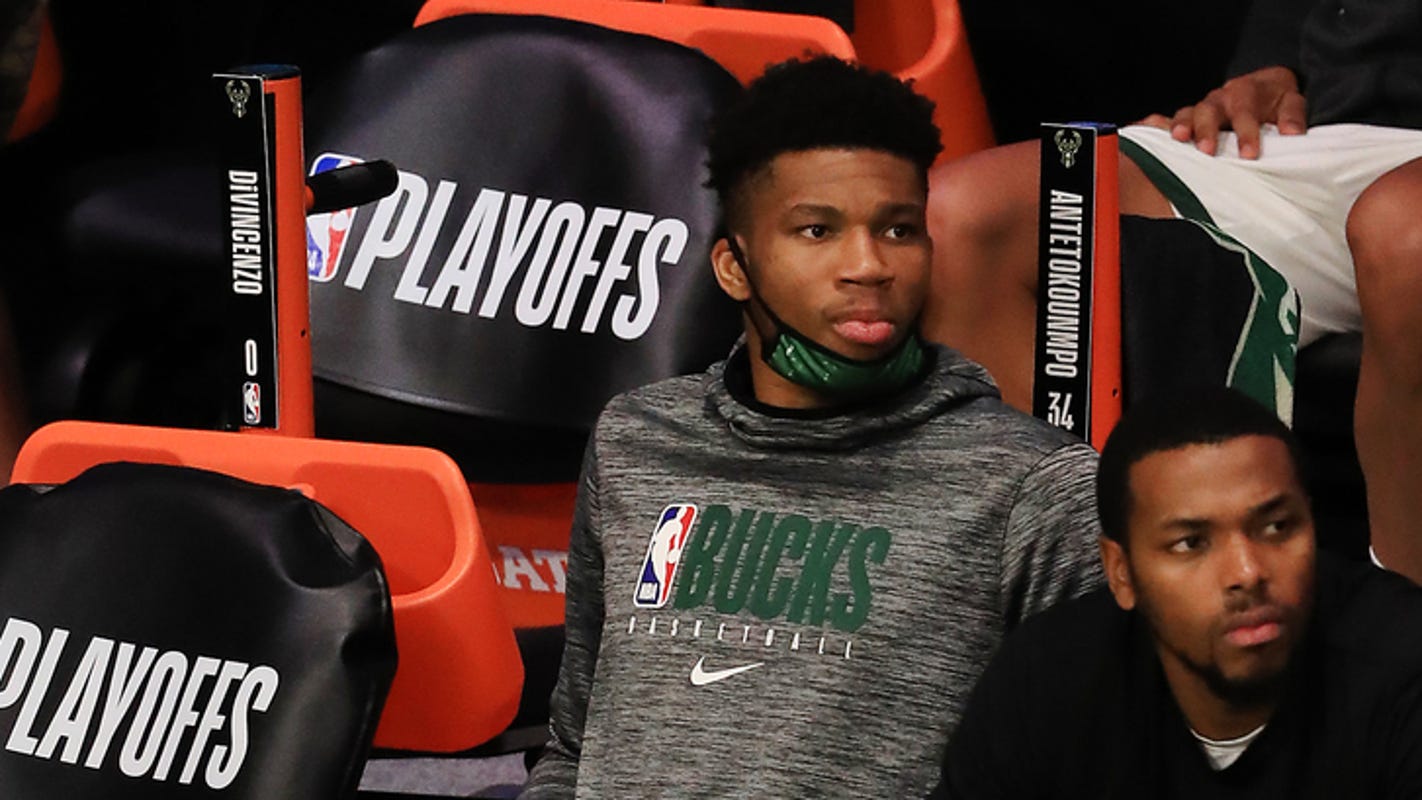 Bucks co-owner told Giannis Antetokounmpo they will build around him


The abrupt end to the Milwaukee Bucks’ season last week left a lot to talk about regarding the organization’s past, present and future. Reigning MVP Giannis Antetokounmpo’s status and feelings about the state of the team heading into the final year of his contract are unsurprisingly top of mind.

With the Bucks falling short of their goals in the bubble and rumors already swirling about Antetokounmpo and the organization’s next steps, Antetokounmpo and Bucks co-owner Marc Lasry – the team’s representative on the NBA’s Board of Governors – met Friday.

That three-hour lunch meeting, which touched on a broad range of topics, was first reported by Yahoo Sports and ESPN and confirmed by a person with knowledge of the situation to the Milwaukee Journal Sentinel. The person requested anonymity due to the sensitivity of the situation.

HOW DID THAT HAPPEN: Denver Nuggets show they are most joyous team in NBA bubble

WHAT IS NEXT: How will the Rockets navigate such a murky future?

Paramount in that conversation was that Lasry reiterated the franchise’s willingness to spend money and even go into the luxury tax to build a better roster around Antetokounmpo for next season. The Bucks balked at going into the luxury tax this season, a decision tied closely to them opting to sign and trade Malcolm Brogdon in the summer of 2019 rather than go over the cap.

“I don’t think we have an issue paying the luxury tax,” Lasry said before the 2019-20 season when asked about the Brogdon trade. “I think part of it is we know we’re going to be in it. We’re definitely going to be there in a couple years, soon. That’s not the question.

In their meeting Friday, Antetokounmpo and Lasry also discussed why Milwaukee’s season ended earlier than expected with a 4-1 series loss to the Miami Heat in the second round of the playoffs. They also talked about potential ways to retool the roster during the offseason.

Coach Mike Budenholzer, who is two years into a four-year contract, is expected to return after leading the Bucks to a 116-39 record over the past two regular seasons before untimely exits from the playoffs.

While it made headlines that Antetokounmpo unfollowed the Bucks and his teammates, this isn’t the first time he has made adjustments to his social media accounts. He has unfollowed swaths of people in the past and has at times temporarily deleted his accounts – something that happened for four days in January after Bryant’s death.

This offseason, Antetokounmpo can sign a supermax extension worth upwards of $220 million depending on the fluctuations of the NBA’s salary cap. The supermax is 35% of the salary cap beginning in the 2021-22 season, a number that is not yet clear because of the league’s losses during the coronavirus pandemic.

Ahead of the 2019-20 season, general manager Jon Horst said – and was fined for it – that the Bucks would offer Antetokounmpo the supermax as soon as they were allowed. It’s unclear what Antetokounmpo will do with that offer since he doesn’t have to sign it right away. But he already has said he won’t push for a trade while he plays next season in Milwaukee and there’s no reason to believe the Bucks would even consider trading him.

The talk between Lasry and Antetokounmpo is likely just the first step in what should be an active offseason. The Bucks will attempt to construct a roster that can buttress Antetokounmpo’s talents while also convincing him they’re willing to do whatever it takes to keep him in Milwaukee and competing for championships.