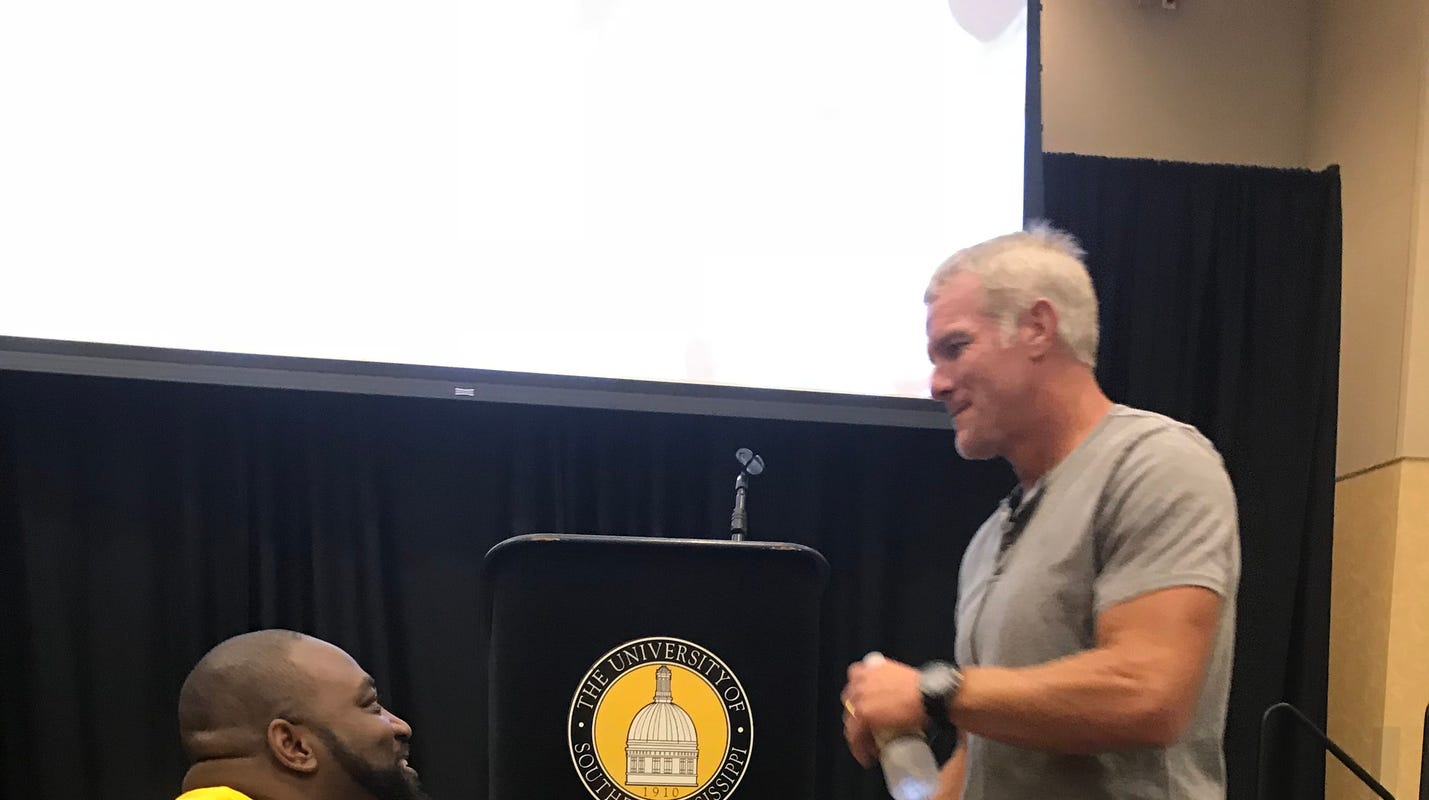 But one take that stands out with implications for the state of Mississippi is when one Hall of Famer endorsed another one.

In the 14-minute video, Favre is asked who he thinks will be the next football coach for his beloved Golden Eagles, and though, he admits that he’s not “in the know,” that didn’t stop him from voicing his opinion.  And this is where things get good. Favre wants his alma mater to go Primetime.

“I think (Sanders) would be great for Southern Miss,” Favre said.

And when asked if Sanders would be interested in the job, Favre replied “absolutely.”

Favre, whose daughter plays beach volleyball for the Golden Eagles, added  Sanders is something the university needs. Though, he admitted that he won’t be taking a coaching position, himself, because he couldn’t give the type of attention to the job that he would want.

He added more glowing things about Sanders, but admitted that he knows that Sanders has a staff assembled for whatever job that he would take.

The show went on to talk about the “electric” coaches that the state would have if Sanders added to the current group of Mississippi State’s Mike Leach and Ole Miss’ Lane Kiffin.

And as an added bonus in the interview, Favre also picked Ole Miss to defeat Florida in its SEC opener next week.