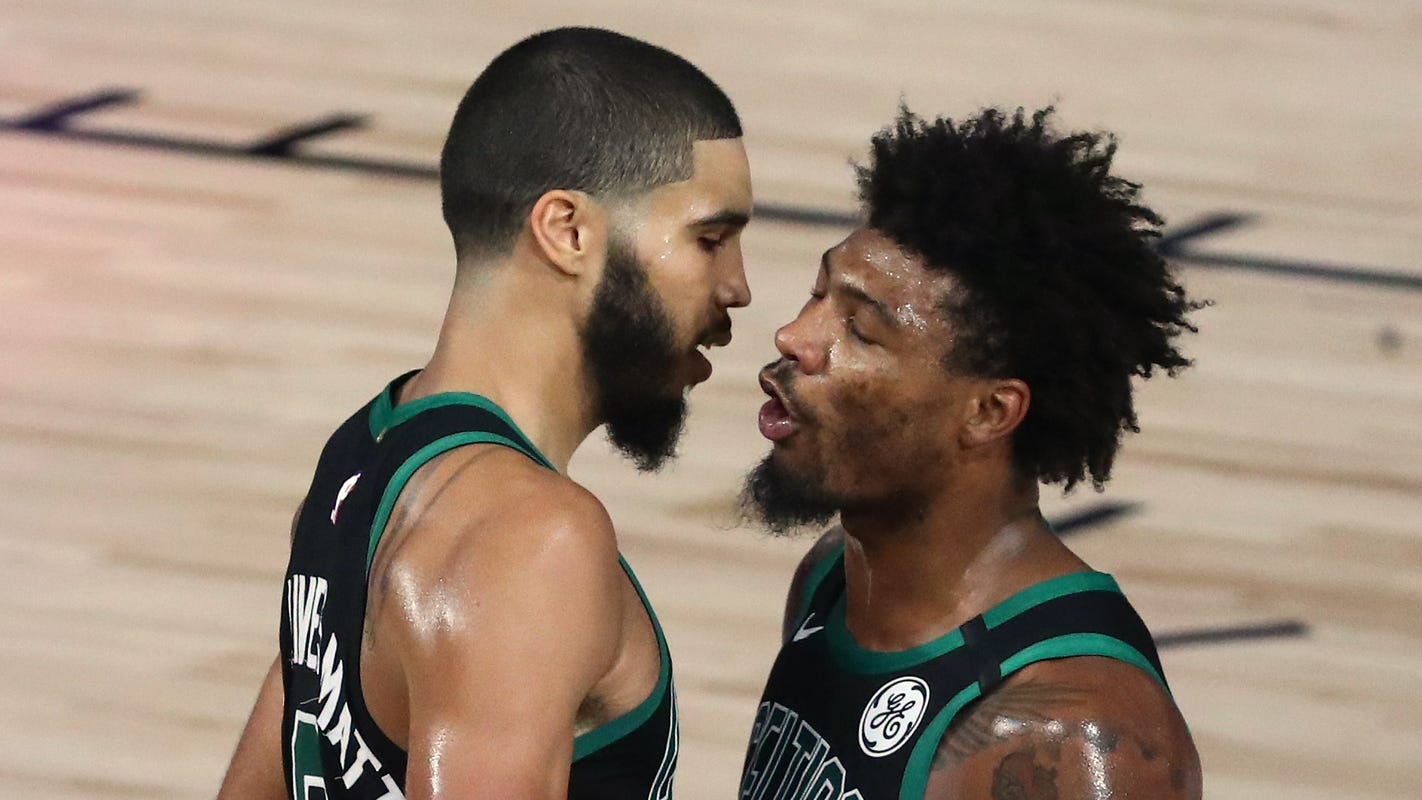 Boston Celtics hungry for trip to NBA Finals, with Miami Heat up next

LAKE BUENA VISTA, Fla. – Jaylen Brown is 23 years old, has played in 55 playoff games and is set to play in his third Eastern Conference finals.

Brad Stevens is in his seventh NBA season and has coached 67 playoff games.

But this iteration of the Celtics has not reached the conference finals. They lost to LeBron James and the Cleveland Cavaliers in 2017 and 2018, but LeBron is no longer in the way, at least right now in the East.

Is this the year the Celtics finally break through under Stevens and reach the NBA Finals? Game 1 of the conference finals between the Celtics and Miami Heat is Tuesday (6:30 p.m. ET, ESPN).

The Celtics are young in lots of ways yet experienced, too. It is a unique combination.

“We have three 30-year-olds,” Stevens said. “We’re basically a college team with a couple of guys. It’s funny. I talk about it all the time. You’re only scrutinized if you’re in the arena, and Jaylen and Jayson, this is all they’ve done. … They’ve been in this stage, and they’ve been huge parts of it. They are young by every metric except playoff experience, and they have a lot of it. They make winning plays.”

While Kemba Walker does not have a lot of playoff experience – 22 games – he has a lot of experience in this ninth season.

In an era when the Big Three gave way to a Big Two, the Celtics have the closest thing today to a Big 3 in Tatum, Brown and Walker.

Tatum and Walker were All-Stars this season, and Tatum is on the verge of superstar status, the type who will be All-NBA player for the next decade. In the seven-game series against Toronto, Tatum led the Celtics in scoring (24.3 points per game) and rebounds (10.3) and was second in assists (5.3).

“They’ve (opponents) done everything against him,” Stevens said. “That’s where great players are so special, because they just know what’s coming. They can read what’s coming. Curveballs don’t throw them off, and they just still impact the game in a winning way. He’s got that ability. He’s a super quick learner. He can see something once and learn and attack it better the next time. He’s just a special player in that regard.”

Brown hasn’t made an All-Star team in four seasons, but there’s no question he produces like one. He is averaging 21 points and 7.6 rebounds in the playoffs and has the potential to be a great two-way player.

Walker didn’t have great scoring stats in the conference semifinals, only because Toronto decided to play a box-and-one defense on him and limit his playmaking.

It helps that the Celtics have a camaraderie that is reminiscent of a college team. They seem like good friends just as much as they are teammates chasing the same goal.

“This is a great group, a tough group, a resilient group,” Brown said. “We’ve got a lot of heart, and a lot of fight about ourselves. We don’t back down from challenges. That’s’ what we need from each other. It’s inspiring just to be in the locker room with these guys.”

Brown said several times after Game 7 against Toronto that he was grateful. He meant it.

“I told JT it’s an honor to be able to play with him and grow,” Brown said. “We’ve learned so much from each other, and we’ve grown so much. It’s just been great for us. He’s a great guy. He’s a humble guy. Anything he asks me to do I’ll do because I know he’s doing it and telling me because he wants me to be better and I’m appreciative.”

The Celtics have a lot of the necessary parts: perimeter scorers with size and different skillsets, defense and an excellent coach. They could get a boost to their depth if Gordon Hayward returns in this conference finals, which Stevens said is a possibility.

Boston guard Marcus Smart, an All-NBA defender who had the game-saving block against the Raptors in Game 7, used the same word that Brown did: resilient. Boston  needs that against the Heat, a team that goes after the opponent possession after possession – much like Toronto did but with better shooting and just as intense defensively.

“We believe whole-heartedly in each other, one through 15,” Smart told USA TODAY Sports, “and to have that type of confidence in each other is a scary sight. We’re young, we’re hungry, we’re resilient and have the firepower.”