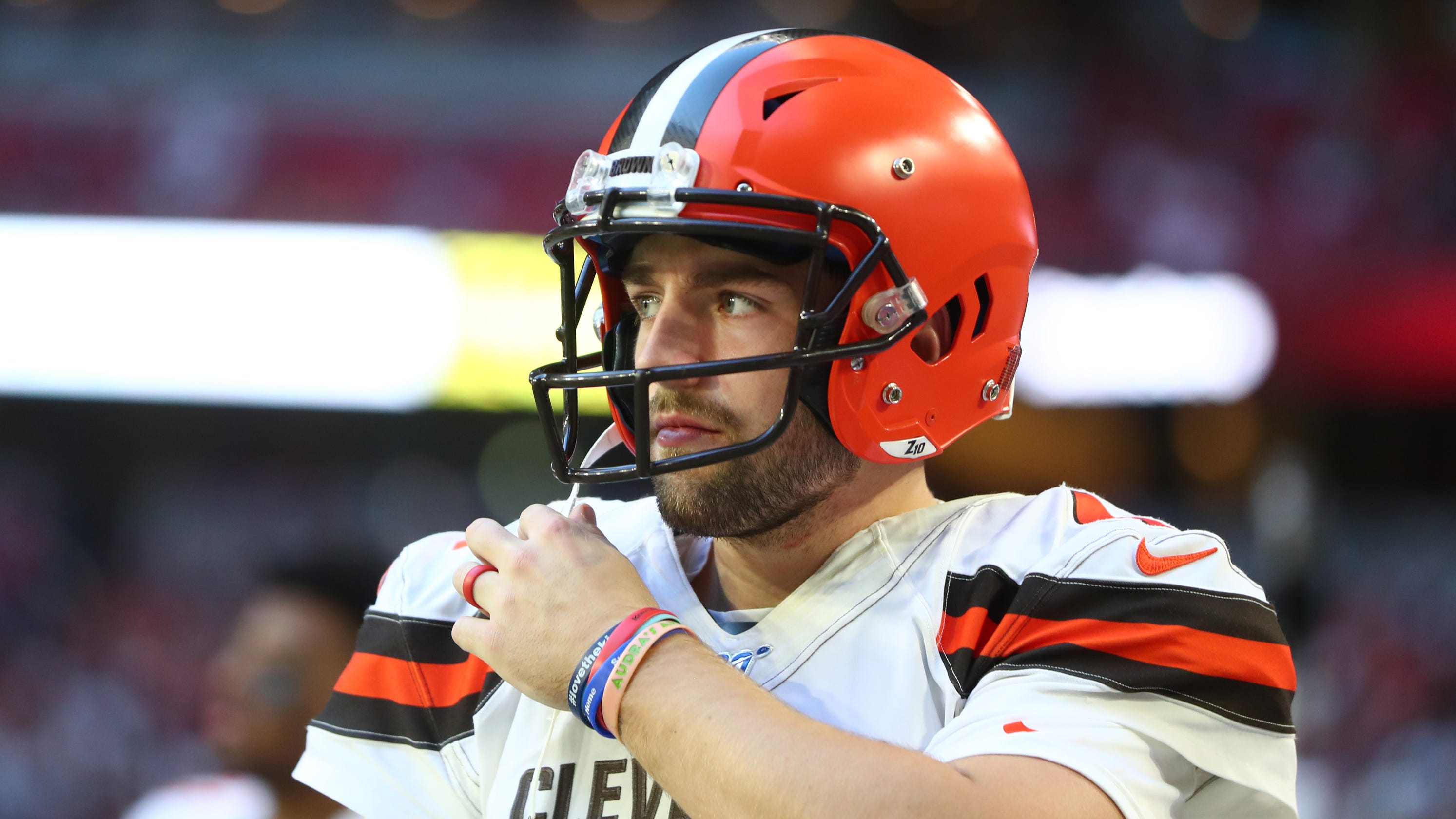 On the heels of a blowout loss in the season opener, the Browns made a change at kicker and placed tight end David Njoku on injured reserve.

The team promoted kicker Cody Parkey from its practice squad to active roster Monday and waived Austin Seibert. The moves came on the heels of Seibert, a 2019 fifth-round draft pick, missing an extra point and a 41-yard field goal in Sunday’s 38-6 loss to the Baltimore Ravens.

Parkey will kick for the Browns in Thursday night’s home opener against the Cincinnati Bengals.

A bright spot in Sunday’s defeat, Njoku is on IR with a knee injury he suffered in the second half against the Ravens. However, he could return from the injury in three weeks, a person familiar with the injury told the USA TODAY Network. The person spoke on condition of anonymity because they were not authorized to speak about the team’s plans. The injury has been diagnosed as a sprained medial collateral ligament, according to ESPN.

A new rule allows a player to come back from IR after missing three games, and teams may bring back an unlimited number of players from IR throughout the season.

A 2017 first-round pick who has yet to live up to his draft status, Njoku had three catches for 50 yards and a touchdown against the Ravens.

After being selected in 2019 by former Browns general manager John Dorsey, Seibert had an inconsistent rookie season, making 25-of-29 field goals and 30-of-35 extra points. Then on Sunday, he missed both of his kicks.

The Browns signed Parkey to the practice squad on Sept. 6.

But Stefanski said it’s “too early to tell” whether Wills, the 10th overall pick in April’s draft, will face the Bengals on Thursday.

“We’ve really got to see how it plays out over the next couple days,” Stefanski said.

A University of Alabama product who’s in the midst of transitioning from a high school and college right tackle to left tackle with the Browns, Wills played 57 snaps (78%) against the Ravens. Kendall Lamm replaced Wills after he went to the locker room with the injury, logging 16 snaps.

Stefanski said Wills had a “solid” NFL debut before leaving the action in the third quarter.

“It can always be better,” Stefanski said. “There’s some things that we want to clean up with him technique-wise.”

OPINION: Tom Brady isn’t yet the quarterback the Buccaneers need him to be

Rookie third-round draft pick Jacob Phillips left the game in the second half with a knee injury, and Stefanski said the Browns were still gathering more information about the linebacker’s status.

After the game, Phillips posted a photograph on Instagram of his right leg in a big brace. Phillips started his NFL at debut at weakside linebacker. He logged 12-of-59 defensive snaps (20%) and three special teams plays, making a tackle on defense and assisting on another on special teams.

“Never want to see a teammate get hurt,” linebacker Sione Takitaki said. “Definitely in his corner rooting for him. I’m there for him if he needs me. I’m a text or call away. He knows that. See him every day still. He’s in good spirits, and things will get better.”

Coming off Aug. 13 knee surgery, center JC Tretter started the opener and played every snap. Stefanski said Tretter is “sore, but made it through just fine.”

The Browns clearly need help at safety, which is why general manager Andrew Berry traded a 2021 fifth-round pick to the Jacksonville Jaguars for Ronnie Harrison on Sept. 3. Harrison played just two defensive snaps Sunday as the coaching staff tries to get him up to speed.

Could Harrison be a factor as soon as Thursday?

“Ronnie is somebody that we’re finding out more about and seeing what he can take on,” Stefanski said. “Obviously, a guy that we like. We want to include him and involve him.

“As it relates to Andrew or really any of the defensive guys, none of us played well enough. I think there are all things that we can clean up, and I can’t pinpoint one guy over the other.”

“He got an interception on the first or second day out at practice,” Ward said. “He’s just out there making plays. I definitely see him having more of a role as the games go along.”

With the Browns trailing 7-0 in the first quarter and facing fourth-and-4 at their 31-yard line, Stefanski called a fake punt. It backfired. Punter Jamie Gillan tried to run the ball and fumbled as he was tackled. The Ravens recovered at the 26 and made a field goal four plays later.

“I know we get hung up on the result, and we should. But we’ll learn from it, and we’ll make sure that we continue to put our team in the best position to succeed. You’re absolutely right in that the buck stops with me on that type of call.”