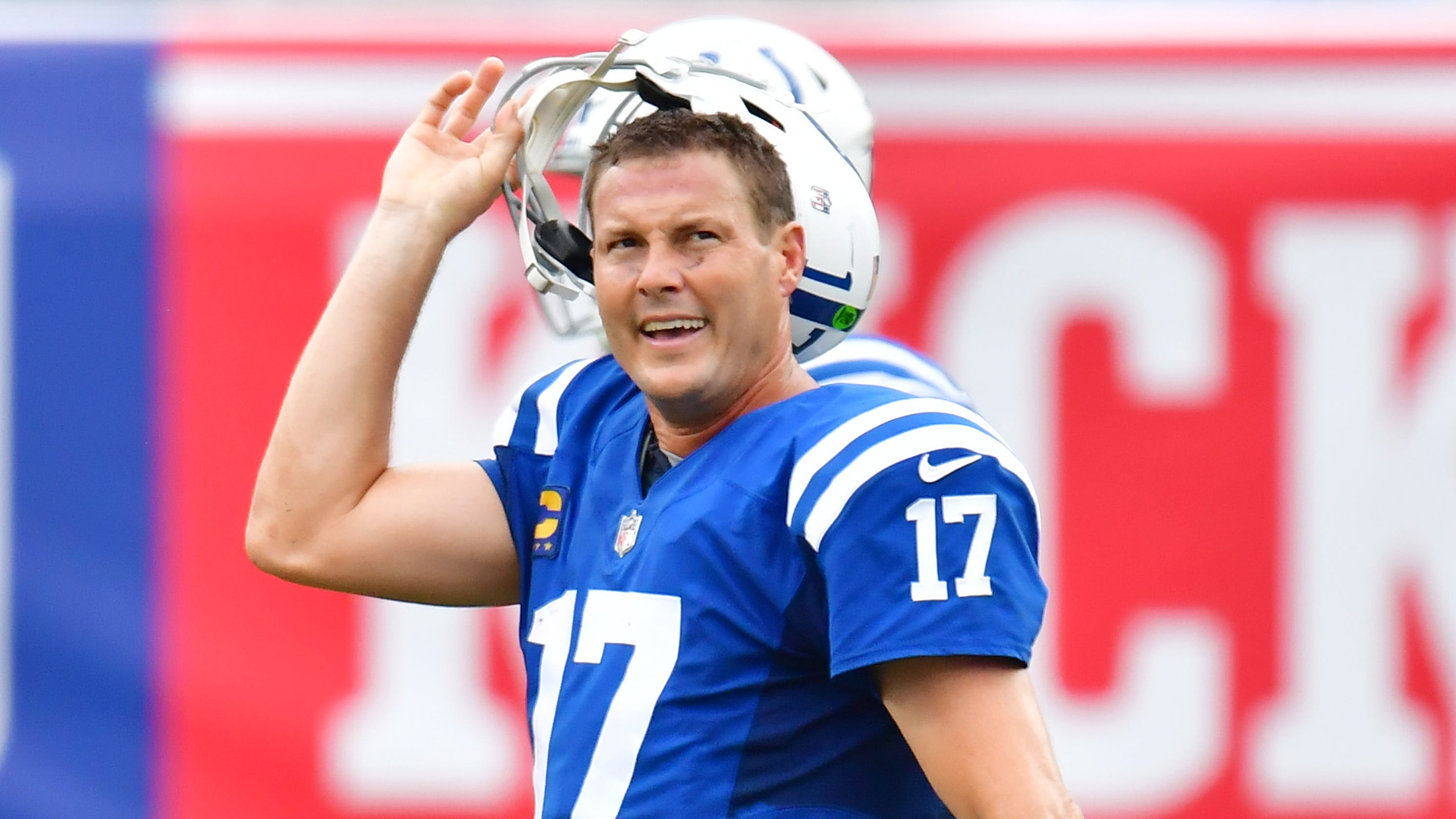 The NFL returned in full force on Sunday, featuring a slate of 13 games and a collection of highly anticipated debuts for players and coaches.

There were faces both familiar and new in fresh settings. Some delivered, while others fell short.

Here’s a look at some of the best and worst debuts of the 2020 NFL season:

Tom Brady–The GOAT’s Tampa Bay Buccaneers debut started off on a promising note as Brady capped a nine-play, 85-yard drive by scoring a touchdown on a quarterback sneak. In so doing, Brady (43 years, 41 days old) became the oldest player in NFL history to score a touchdown. But his play was uneven from that point on. He threw two interceptions (one pick-six) and made uncharacteristic mistakes in a 34-23 loss to the New Orleans Saints.

It was only the fourth Week 1 loss of Brady’s career and his first multi-interception performance in an opener since 2003.

Despite all the offseason work Brady did with his new receivers, it’s evident that it’ll take some time for the quarterback to feel completely comfortable in his new surroundings.

Philip Rivers #17 of the Indianapolis Colts watches the replay board after throwing an interception during the fourth quarter against the Jacksonville Jaguars at TIAA Bank Field on September 13, 2020 in Jacksonville, Florida. (Photo: Julio Aguilar, Getty Images)

Philip Rivers– Cast off by the Los Angeles Chargers after 16 seasons, Rivers is starting over in Indianapolis, where the Colts are counting on him to make them contenders. But on Sunday, the 39-year-old quarterback displayed some of the same struggles that led the Chargers to move on from him, and Indianapolis fell 27-20 to the hapless Jaguars Jacksonville. Rivers completed 36 of 46 passes for 363 yards. But he threw two interceptions and only one touchdown pass. A third interception was called back because of a penalty. In the second half, Indianapolis mustered only three points. And for the game, Rivers and the Colts converted only four of 12 third-down attempts and were 2-for-5 inside the red zone.

Mike McCarthy – The Dallas Cowboys hope that McCarthy can help them achieve the Super Bowl aspirations they have long held yet failed to fulfill for more than two decades. But McCarthy blew an opportunity to position his team for a Week 1 victory, on the road, because of questionable decision-making in the fourth quarter.

With his team trailing 20-17 with 11:46 left and the ball at the Los Angeles Rams’ 11-yard line, McCarthy passed up a game-tying field goal because he wanted to steal the momentum of the game. His fourth-and-3 pass play fell short and Dallas turned the ball over on downs, never to find itself in scoring position again after a couple of failed shots downfield (including on an offensive pass interference call that proved costly).

McCarthy later explained that he wanted to secure the momentum of the game. But the thing is, his team already had it. From late in the third quarter on, Dallas had recorded an interception and forced three straight punts. Ezekiel Elliott was rolling. McCarthy certainly may be the answer for the team in the long term, but after Dallas went 0-5 last season in games decided by seven points or fewer, Sunday night just felt like more of the same.

Kevin Stefanski– Brought in because of his offensive prowess and the hope that he can help elevate Baker Mayfield and his star-studded Cleveland Browns arsenal, Kevin Stefanski fell woefully short in his head coaching debut. Mayfield and the offense looked flat out bad in the 38-6 drubbing by the Baltimore Ravens. Mayfield threw for only 189 yards and a touchdown and an interception, notching a passer rating of only 65. The offense turned the ball over two more times and went 3-for-12 on third down. Meanwhile, the Browns defense looked ill-prepared as well, surrendering 377 yards.

The Ravens typically gash everybody for gobs of points and yards, and this offseason and preseason were tough on new coaching regimes. So, perhaps in time, Cleveland can get things going. But as far as debuts go, that was about as bad as they come.

Cam Newton– After a long journey that included shoulder and foot injuries that necessitated surgeries over the last two years, Newton is finally healthy again and kicked off his New England Patriots career by doing a little bit of everything in a 21-11 win over the Miami Dolphins. Newton led the Patriots with 75 rushing yards and two touchdowns on 15 carries, both records for a quarterback under Bill Belichick.

The passing numbers (15 of 19 pass attempts for 155 yards and a 100.7 passer rating) weren’t gaudy, but Newton was efficient and kept the Dolphins off balance.

It will be interesting to see how his role and this offense expands this offense as he gains greater comfort. Josh McDaniels loves the play-action attack, and now he has a quarterback who can operate off of that with either his passing ability or running prowess. If Newton can stay healthy, the Patriots’ offense has a chance to really elevate off Sunday’s showing.

DeAndre Hopkins– Traded from Houston to Arizona this offseason, one of the game’s best wide receivers looked right at home in the Cardinals’ offense. He hauled in 14 catches for 151 yards on 16 targets while playing a huge role in his team’s 24-20 upset victory over the hosting San Francisco 49ers.

Hopkins seems to have instantly developed a great connection with Kyler Murray, accounting for nearly half of his completions (26) and more than half of his passing yards (230).

Joe Burrow– The Cincinnati Bengals didn’t win their season opener, but the top pick in the draft impressed with his legs and arm against the Chargers. He scored on a 23-yard run and completed 23 of 36 passes for 193 yards. Burrow did throw an interception on a shovel pass in the fourth quarter, but he rebounded to put his team in position to win the game after completing seven of 10 passes for 60 yards in the closing minutes of the game. Cincinnati reached the 3-yard line before a missed field goal ruined their comeback quest.

Jamal Adams – The Seattle Seahawks standout, acquired in an offseason trade with the New York Jets, was all over the field in his new team’s 38-25 victory against the Atlanta Falcons. The safety recorded 12 tackles (eight solo), a sack, two hits on the quarterback and a tackle for a loss.

Adams also proved masterful at throwing shade in the direction of his former team. Jets defensive coordinator Gregg Williams earlier said Adams might be “bored” with how he would be utilized within Seattle’s scheeme.

Asked about the way he was used, he said “I wasn’t bored. I was blitzing. I was having fun. … It reminded me a little bit of (former Jets coach) Todd Bowles, the way Todd Bowles used me my first two years. I’m just out there making plays.”

(The Jets fired Bowles following the 2018 season, a move that Adams spoke out against, and replaced him with Adam Gase, whom the safety publicly criticized).

Ron Rivera –The Washington Football Team’s new head coach led his team back from a 17-0 deficit to the Philadelphia Eagles – after receiving an IV at halftime as part of his cancer treatment – to win 27-17. Also making a stellar debut for Washington was rookie Chase Young (second overall pick in 2020), who recorded 1 1/2 sacks, four tackles and a forced fumble.