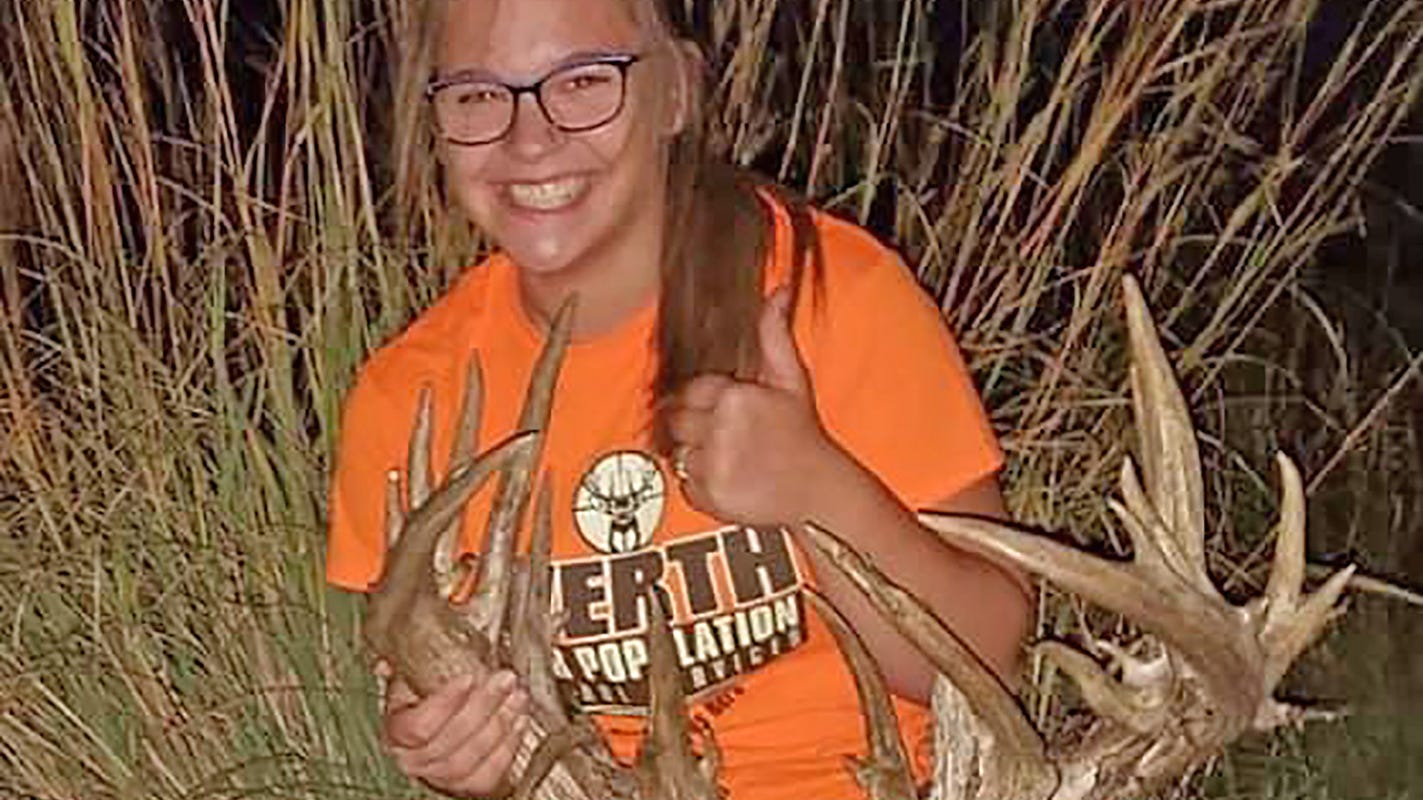 The youth deer hunting season in Kansas got off to a doozy of a start.

To put that score in perspective, the state record Kansas nontypical whitetail taken by a firearm, dating to 1987, is 280 4/8 inches, taken by Joseph Waters in Shawnee County. Another deer, taken in 2018 in Brown County by Horton’s Mark Watson, came just shy of that record mark at 280 inches flat.

The current nontypical archery record for a Kansas whitetail, meanwhile, was shot in 1998 by Olsburg’s Dale Larson in Pottawatomie County and scored 264 1/8 inches, though the likely record-breaker was shot last October by Andover bowhunter Brian Butcher in Chase County — a monstrous 67-point buck with a gaudy unofficial net score of 321 3/8 on the Boone and Crockett scale.

That score would make it the fourth-largest nontypical deer ever harvested worldwide. That rack won’t be officially certified until 2022, however, when it is measured at the Boone and Crockett Club’s next awards ceremony.

Similarly, Paslie’s antlers must dry for 60 days before the rack can be officially scored for certification, but if the unofficial score holds up it would be the new state firearm record and the largest officially measured deer taken by any method in Kansas — at least, until the Butcher deer is certified in 2022.

Paslie didn’t have to wait long this season to get the deer in her crosshairs, shooting it just two days into the youth season, which began Sept. 5.

“I hunted all day Saturday, opening day, and all day Sunday,” Paslie said. “It was Sunday evening when I had the opportunity to shoot him.”

Despite the relatively short wait time to find her deer this season, actually shooting the deer was a process several years in the making.

“We’ve actually been watching him grow for the last three years,” Paslie’s mother, Dionne, told The Topeka Capital-Journal on Thursday. “We feel very fortunate that she was the one that was able to harvest him.”

Despite having seen the buck in trail camera photographs, seeing the huge rack in person was a whole other experience for Paslie.

“When he stood up 25 yards away, I was in shock of his massive rack,” she said.

Paslie, who also enjoys fishing and competes in 4-H shooting sports, air pistol and archery, said this was her fourth buck she has harvested in her burgeoning hunting career.

“My next biggest was a 12-point whitetail that scored 178,” Paslie said.

She plans to have a full shoulder mount done with the deer and will have it officially scored. She added that she was considering taking it to some big buck shows in the future, as well.

“I’d like to thank my parents and grandparents for helping me have this experience,” she added. “I’d like to encourage other kids to get in the outdoors.”