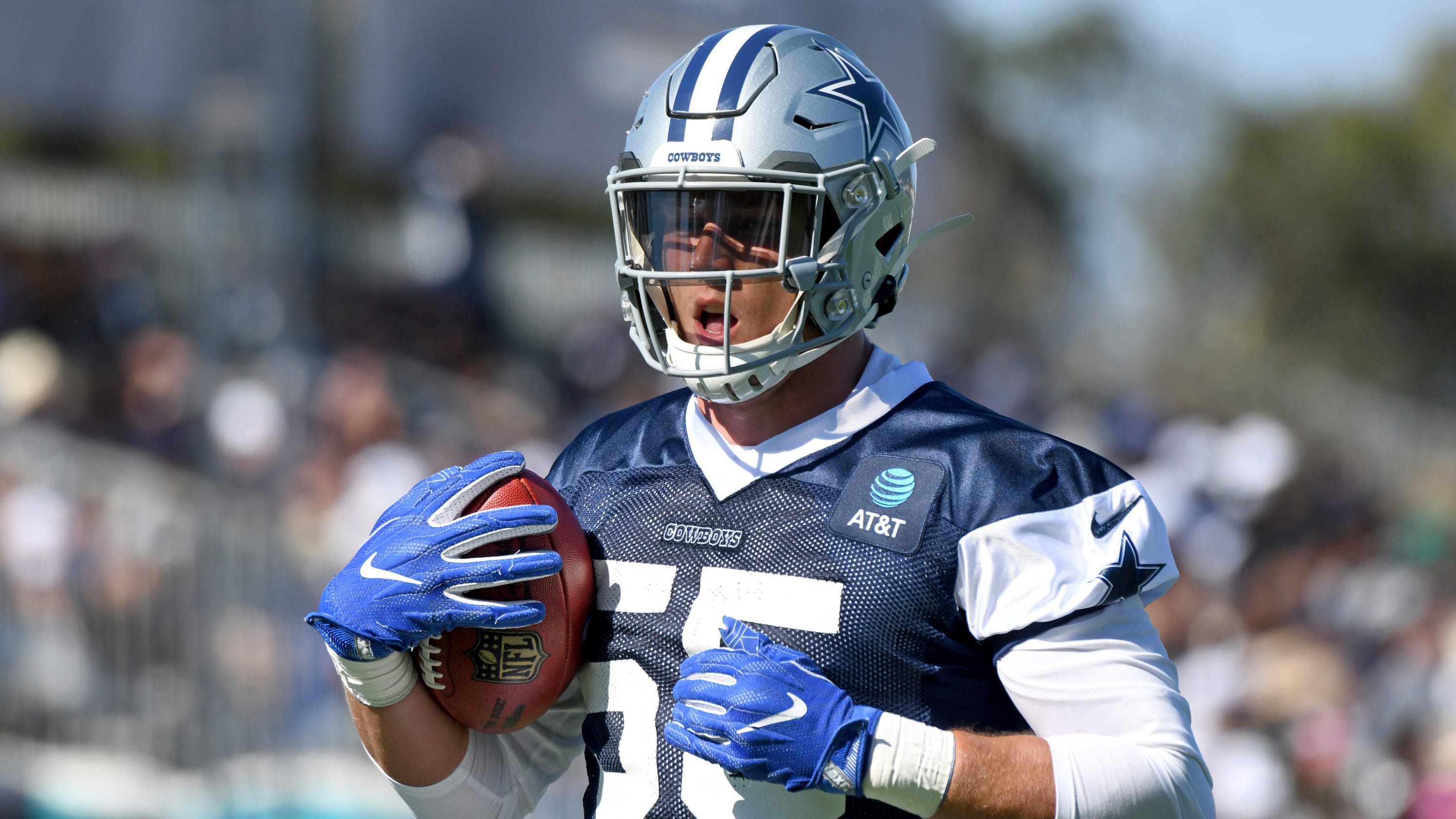 What I’m Hearing: Cowboys coach wants players to know that he trusts them

Before halftime of their season opener in Los Angeles, the Cowboys lost two key starters to long-term injuries.

Tight end Blake Jarwin will miss the remainder of the season and linebacker Leighton Vander Esch is expected to head to injured reserve for 6-8 weeks. Both players will undergo surgery this week.

Jarwin, expected to threaten vertically in Mike McCarthy and Kellen Moore’s offense, tore his ACL in the second quarter of the Cowboys’ 20-17 loss after he caught a 12-yard pass from Dak Prescott. A Monday MRI confirmed the tear the team had feared, Cowboys executive vice president Stephen Jones confirmed on Dallas radio station 105.3 The Fan.

The Cowboys opted not to retain veteran Jason Witten in free agency, instead extending the fourth-year pro in March, excited about his pass-catching potential. Tight ends Dalton Schultz and Sean McKeon are also on Dallas’ roster. Schultz is a solid blocker and continues to grow in the passing game.

Vander Esch was ruled out quickly after breaking his collarbone in the first quarter of the opener. Dallas’ 2018 first-round draft selection missed seven games last season due to a spinal injury that required surgery. He’d rehabbed eagerly since January, looking physically fresh in training camp in addition to shouldering more leadership responsibilities on defense.

Smith was given the headset after Vander Esch left. Joe Thomas entered the lineup in Vander Esch’s place.

The Cowboys placed veteran Sean Lee on injured reserve to start the season as Lee rehabs a sports hernia that sidelined him the entirety of training camp. Under 2020 league rules, Lee is eligible to return as early as Week 4.

The Cowboys host the Falcons at 1 ET for their home opener next Sunday.