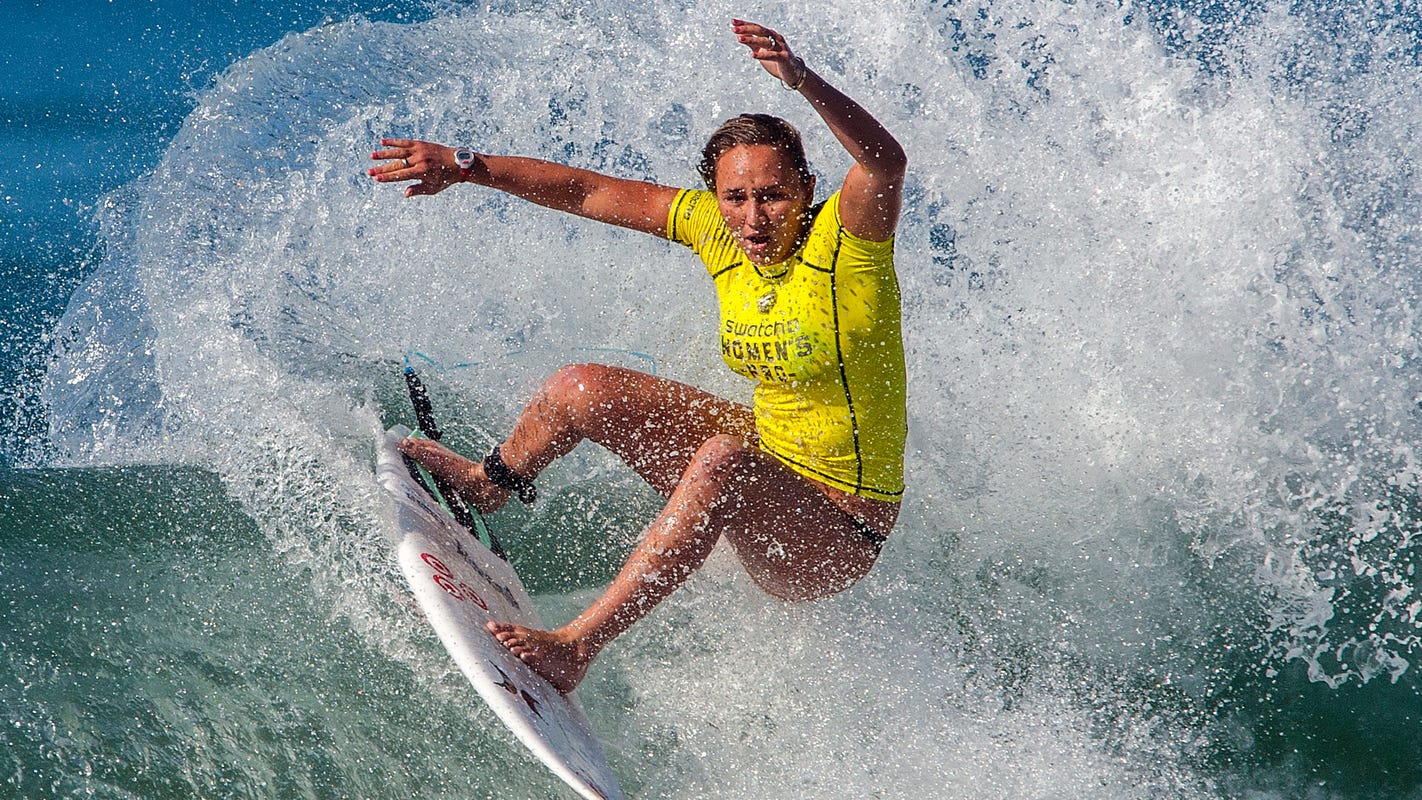 U.S. Olympic surfers are on the hunt for the next big swell, but they’re not at a beach.

Due to the coronavirus pandemic, they are deep in the heart of Texas.

The team is preparing for next year’s Tokyo Summer Games with this week’s training camp, which takes place Sept. 15-16 in Waco, Texas, at the BSR Surf Resort wave pool.

Surfer Carissa Moore, ranked No. 1 in the world, is no stranger to wave pools, training in Waco and competing at Kelly Slater’s Surf Ranch in La Cienega, California, over the past three years.

“The biggest difference is Kelly Slater’s pool, or the surf range, is about 45 seconds long, and the Waco pool is probably top five seconds,” Moore said. “Kelly’s wave is pretty much kind of the same every time, and Waco has a lot of different settings, different waves that they can produce.”

Athletes who have qualified to represent Team USA in the first Olympic Games to include surfing are Moore, Caroline Marks, John Florence and Kolohe Andino. Slater, 48, and Lakey Peterson will serve as alternates.

Carissa Moore is ranked No. 1 in the world. (Photo: MARK RIGHTMIRE, AP)

Typically, wave pools are produced in all shapes and sizes, each catered with technology to fit the surfer’s style.

In Waco, the two-acre, man-made wave pool uses air-pressured chambers to generate 240-foot waves along the side of the pool. The adjustable chambers allow the team to simulate Japan’s wave conditions.

“We’re not really expecting big waves,” said Olympic surf coach Brett Simpson. “I mean, there is a chance for that, but we are expecting more high-performance, shorter rides, and that’s what Waco really allows us to do; really kind of fine-tune equipment and maneuver in the Japanese-style waves.”

In a news release about the training, USA Surfing CEO Greg Cruse said, “Preparing for the world’s largest sporting stage and Japan’s beach-break surf conditions is brand new. We have an extra year to prepare, and we’re going to take advantage of that.”

The Tokyo Olympics were postponed from this summer to July 23-Aug. 8 of next year because of the pandemic.