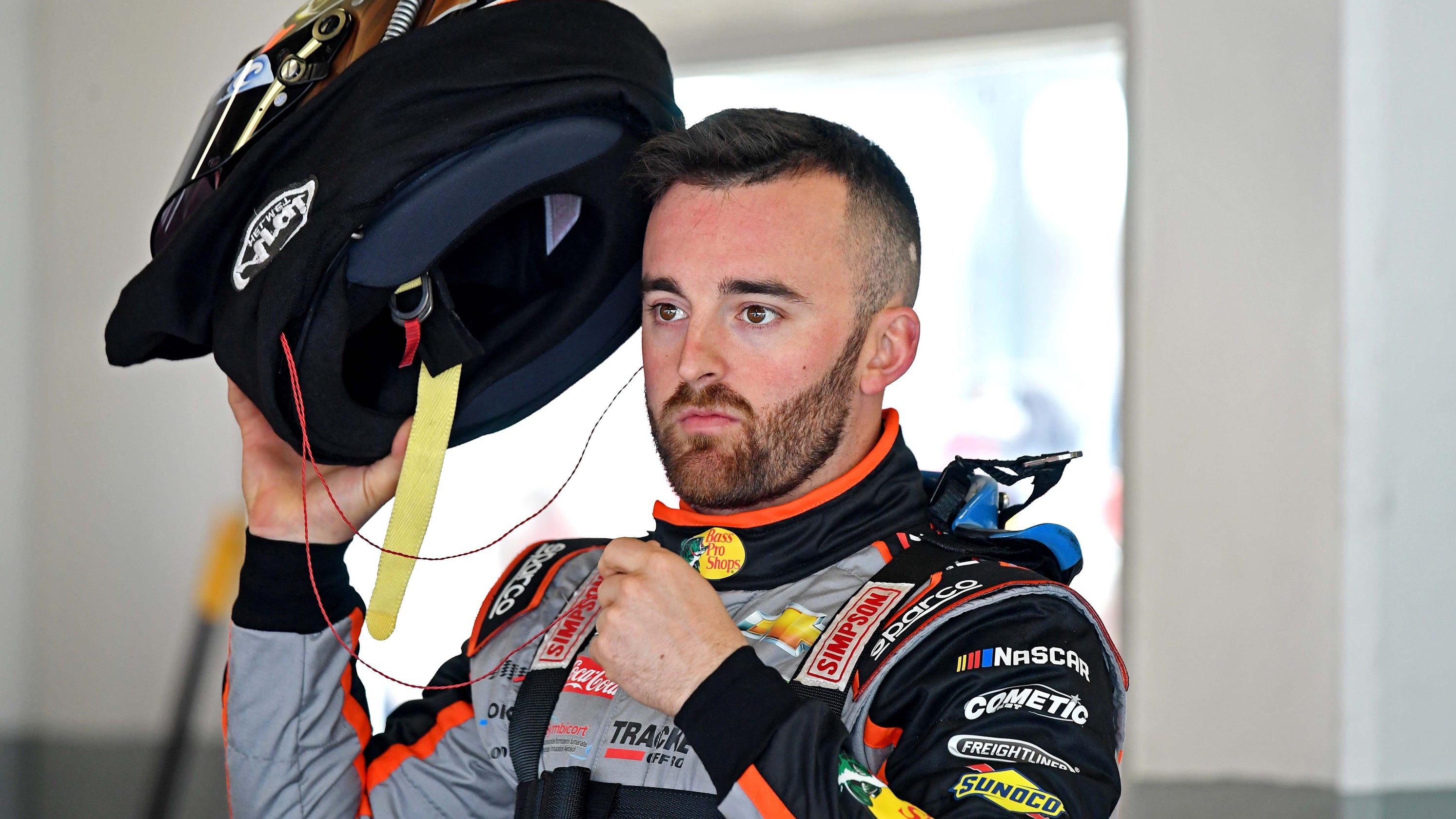 A fourth in the Federated Auto Parts 400 followed a runner-up last weekend at Darlington, giving Dillon back-to-back top-five finishes. Dillon had never done that at the Cup level, where he’s been full-time since 2014.

More importantly, the impressive runs have Dillon and Richard Childress Racing in position to advance to the second round of the playoffs as he goes into the elimination race with a 36-point buffer to the cutline. The top 12 drivers from the three-race first round will advance.

“I felt our team has really turned the corner the last couple of weeks,” Dillon said. “I feel like RCR as a whole has had speed all year and between myself, Justin (Alexander, crew chief), our engineer Billy Scott, spotter Brandon (Benesch) and everybody at the shop, we’ve got a really good team.”

Austin Dillon began the 2020 playoffs as the No. 10 seed but he goes into the elimination race 36 points above the 12-driver cutline. (Photo: Mike Dinovo, USA TODAY Sports)

Dillon started third and quickly made his presence known by taking the lead for the first time on Lap 21. By leading a total of 55 laps at Richmond, Dillon also set a new career-high in laps led in a single race. His previous best was 49 in the first race of a weekend doubleheader at Dover last month.

The only hiccup on the night was not getting slowed down to make it onto pit road with 65 laps to go. Dillon ran another lap before making his final pit stop, and even though he would cycle to the race lead, he was only able to hold off winner Brad Keselowski for two laps.

A costly mistake by Austin Dillon, but the team believes “we can still win this race, guys.”#NASCARPlayoffspic.twitter.com/IWq2hcWrLn

“We’ve shown a lot of speed this year and didn’t get the finishes that we deserved,” Dillon continued. “I could go back to Martinsville, another short track. I blew a right rear, and I came from dead last like four times into the top five and never went a lap down until I overheated (and had to get out).

“I just think some of the short tracks we didn’t get to show what we really had this year, so when we saw the three short tracks in the first round, I was pretty confident. Darlington, we did work on a newer setup after the first two races. We felt we were OK, needed to get a little better.

“Starting position is a lot of that too — we’ve been able to start farther forward being in the top 16. But Richmond, I’ve always felt like that was what we circled to come win in this playoff run. I had two sixth-place finishes over the past three races there, and never got to start up front, had to come from the back. (Saturday) we brought something similar to that, and it was good.

“I wish I wouldn’t have had the speeding penalty, but we overcame that. I’m not really worried about that … but just should have been a little more patient trying to get to pit road. Either way, what a night for our team. I’ve been pretty confident in this team all year, and now it’s starting to show more and more just because we’re getting the finishes.”

CAPSULES: Meet the drivers who will compete in the 2020 playoffs

PREDICTIONS: Who will win the 2020 NASCAR Cup championship?

Dillon didn’t feel he was good on the short run but felt untouchable on the long run. Had the race played out a little differently, Dillon believes he might have been able to finish second to Keselowski. But he’ll take being in the zone and having people talk about his team early in the postseason.

“It’s a good time for me and the 3 team, and everybody at RCR,” said Dillon.

And not only has the team steadily made their stuff better, as the only Childress driver in the playoffs, Dillon said it’s been all hands on deck.

“It’s a little surprising,” he said of his recent performances. “It’s just been great to have fast race cars, but for me, I know that when given that opportunity, I feel like our team as a group will step up.”