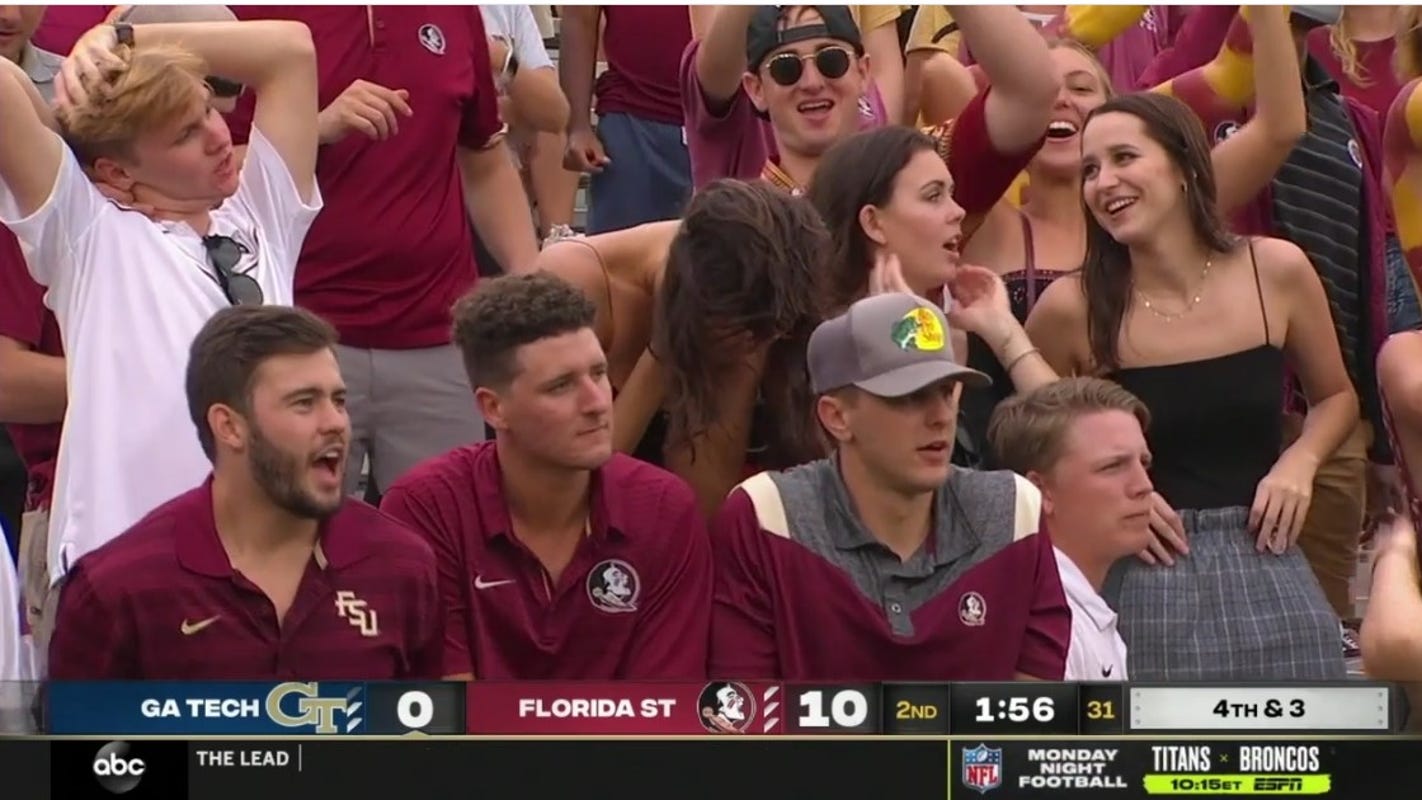 However, images of many in the crowd of 17,538 not wearing masks as required has led to criticism across social media regarding the school’s ability to enforce the policy.

Georgia Tech rallied from a 10-point deficit to beat Florida State 16-13 in the teams’ nationally-televised opener.

While the defeat ruined coach Mike Norvell’s debut, others were upset that many fans appeared not to adhere to wearing masks while in their seats.

It wasn’t the look college administrators and politicians probably wanted to see as the deadly coronavirus pandemic continues to disrupt lives. Several college football games have also been canceled because of COVID-19 outbreaks.

“We were disappointed with some fans, particularly some student fans, at the Georgia Tech football game who did not comply with our policies regarding social distancing and wearing masks while in their seats,” Florida State Athletic Director David Coburn said Sunday in a statement to the Democrat.

“There was ample room for all fans to remain safely distanced. We have three weeks until our next home game, and we will re-double our efforts to both inform our patrons and improve compliance with the new rules.”

The online outrage came at the same time a video of what was said to be a pregame Florida State party at an off-campus apartment complex was shared on social media of a large crowd of persons not wearing masks or abiding by social-distancing guidelines.

Alex Cordero, a meteorologist in Charleston and Florida State alum, was among those voicing their displeasure on Facebook and Twitter. He tweeted “wear your masks, fans. Also maybe don’t go to parties where there is absolutely no distancing whatsoever.”

When the Seminoles’ revised schedule was released last month, the school announced it would adhere to CDC social distancing guidelines and limit capacity for home games in the 79,560-seat stadium to 25% (19,500).

Florida State sold seats (accompanied by a chairback) in pods of two, four, six or eight seats, and each pod was socially distanced to maximize personal spacing. Student seating (4,000 tickets spread out across a 16,000-seat footprint) followed similar guidelines.

The university also announced that masks would be required while attending games this season.

Reminders of that policy were part of Saturday’s game-day script and scheduled to be announced during the game, according to Florida State.

During Florida State’s Board of Trustees virtual meeting Friday, Coburn explained that all pods in the stadium would be distanced at least six feet apart “vertically, horizontally and diagonally,” to limit any spread of the virus.

Coburn also said photos and television images might make it look as if the chairback seats are closer together. But he said, “I assure you, they are distanced.”