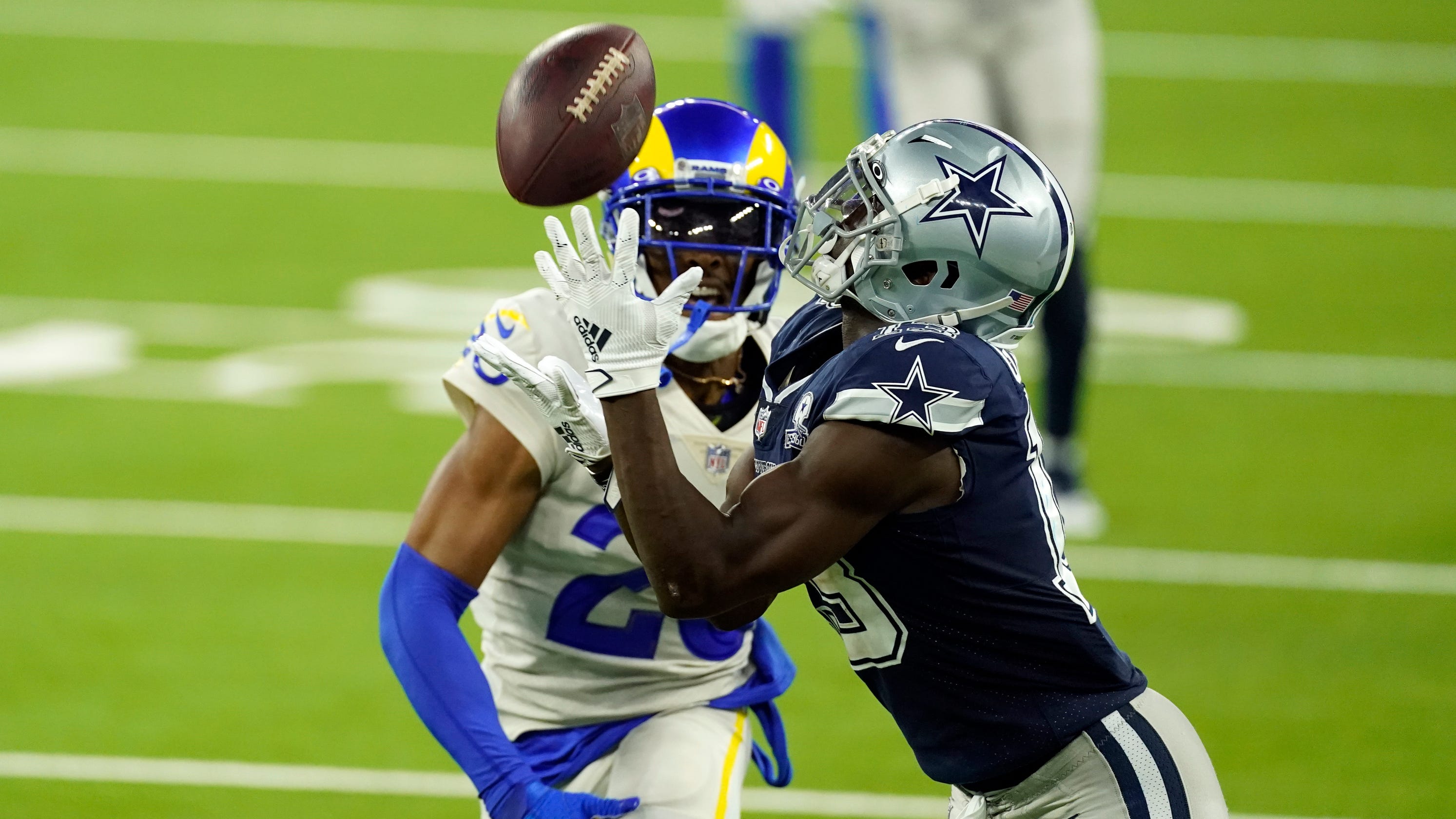 Cowboys quarterback Dak Prescott had sailed a pass 47 yards down the left sideline to receiver Michael Gallup as Dallas looked to mount yet another scoring drive with under two minutes left in a quarter.

Thirty-one seconds remained on the clock. The Cowboys trailed by three.

Gallup bolted down the sideline, creating separation from three-time Pro Bowl cornerback Jalen Ramsey just as he crossed the 25-yard line. Gallup dove for the catch before Ramsey tackled him.

Then, yellow flags soared at SoFi Stadium. Ramsey waved his right arm wildly in sync to gesture he, too, believed the play merited a flag.

“It was clear and obvious on the field,” referee Tony Corrente said in a pool report after the Cowboys’ 20-17 loss. “There were two officials from two different angles that had a very good look at it, and they didn’t hesitate whatsoever.

“It was that clear and obvious.”

As called on Russian TV: my rough translation is the color commentator concluding “There is no violation here” pic.twitter.com/7n7mV98OwU

The Cowboys’ first-year coach qualified his take with an acknowledgement that he hadn’t seen the replay.

“Just watching it live, it looked like two guys hand fighting,” McCarthy said. “I thought it was well executed. I was surprised there was a call there either way. I’m obviously very disappointed in the call, particularly during that point in the game. I thought they let both teams play tonight.

“You just don’t usually see that particularly in a critical point in the game.”

Corrente said league officials would flag a “full arm extension that created separation” at any point in the game. “We are not going to allow that,” he added in the pool report.

“Clear as day, in my opinion,” the league’s highest-paid corner said after deflecting a pass and notching six tackles. “I don’t know what y’all saw.”

Gallup admitted he “kept toying” with Ramsey and “could’ve at least tried to pull my arm straight through.”

But was the chippiness exchanged in the final minute of a season opener enough to warrant officials potentially altering the outcome of the contest?

“I guess I can see (I extended my arm) a little bit,” said Gallup, who caught three of five targets for 50 yards. “I don’t think it was enough (to call).”

Prescott described the call as “unfortunate” but said he wouldn’t hesitate to haul another ball for Gallup to “go run under it.”

“I mean, it’s one-on-one,” Prescott said. “Michael Gallup is a guy that I trust every time, especially in a deep-ball situation. And so I put it out there trying to let him go run under it.”

Dallas was unable to move the ball down field in their final two plays.

“We just didn’t get it done,” Prescott said. “It’s unfortunate, but it’s Game 1 and there’s a lot of football left.”