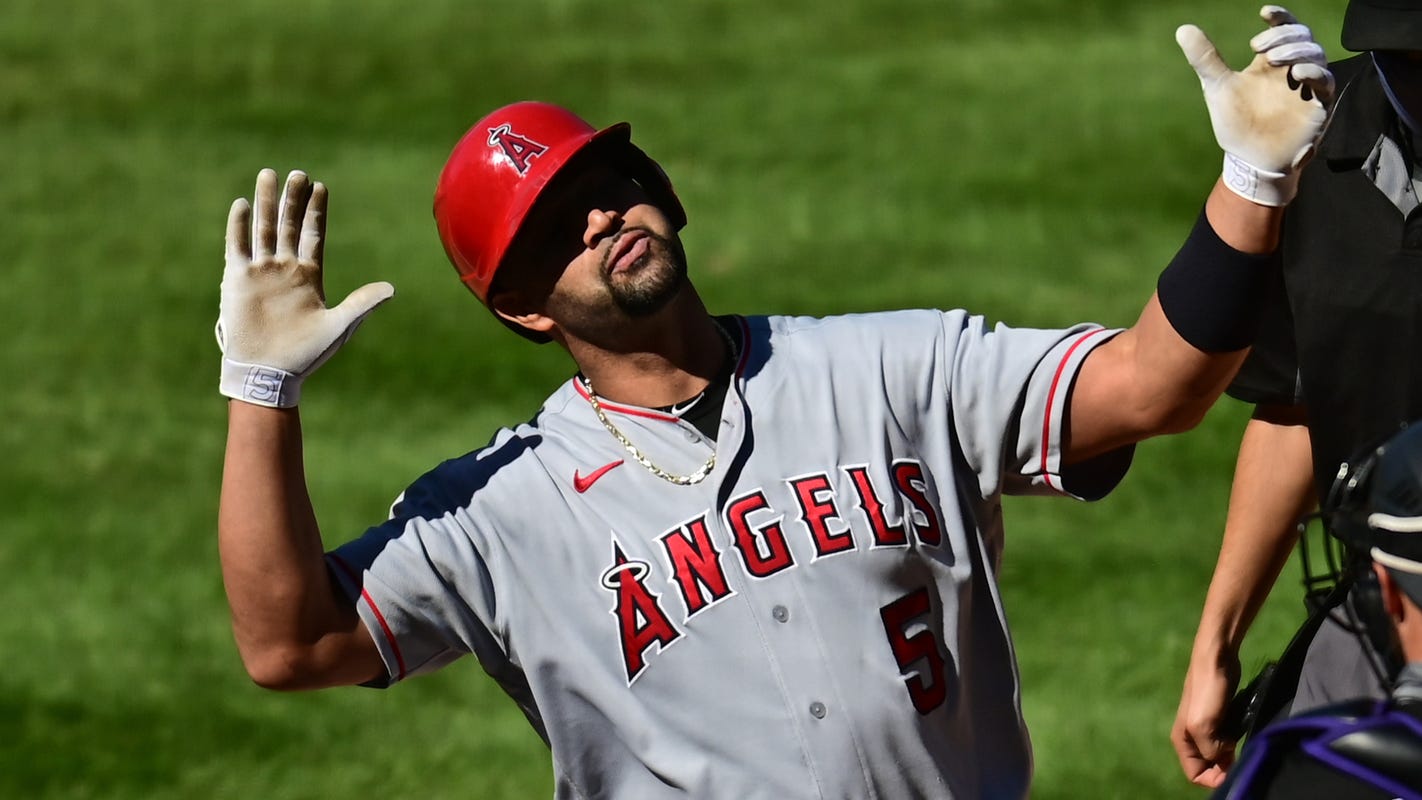 Albert Pujols continued his climb up the all-time home run list on Sunday by hitting a two-run blast against the Colorado Rockies for No. 660 in his career. That tied the 40-year-old Los Angeles Angels slugger with Hall of Famer Willie Mays for fifth place in MLB history.

Ahead of Pujols on the list are some familiar names and numbers.

But it might be even more interesting to look behind Pujols to see who else might join him in the all-time top 10.

Albert Pujols hit his 660th career home run on Sunday, putting him in a tie with Willie Mays for fifth on the all-time list. (Photo: Ron Chenoy, USA TODAY Sports)

Currently, Frank Robinson sits in 10th place with 586. Is there anyone out there now who might be able to pass Robinson someday and possibly get to 600?

The closest active player to Pujols is Miguel Cabrera of the Detroit Tigers with 482 through Sunday. At age 37, Cabrera is in the twilight of his career — hitting just 20 of those homers over the past three seasons.

Giancarlo Stanton has 311 at age 30. If he could only stay healthy …

And then there’s Mike Trout. He just hit his 300th this past week (and then 301st). At age 29, Trout is on track to become one of the all-time greats. And judging from his year-by-year slugging percentages (he entered Sunday’s game at a career-high .660 for this season), it’s possible he still hasn’t peaked.

Dan Symborski of Fangraphs did an interesting study in April on the impact of the possible cancellation of the 2020 season on certain players chasing career milestones.

But what’s even more interesting were Symborski’s next most likely players behind Trout to hit 600.

As for veterans Cabrera, Encarnacion and Cruz … they had only the slimmest chance of reaching 600 with a full 2020 season. The shortened version has essentially dropped their chances to zero.