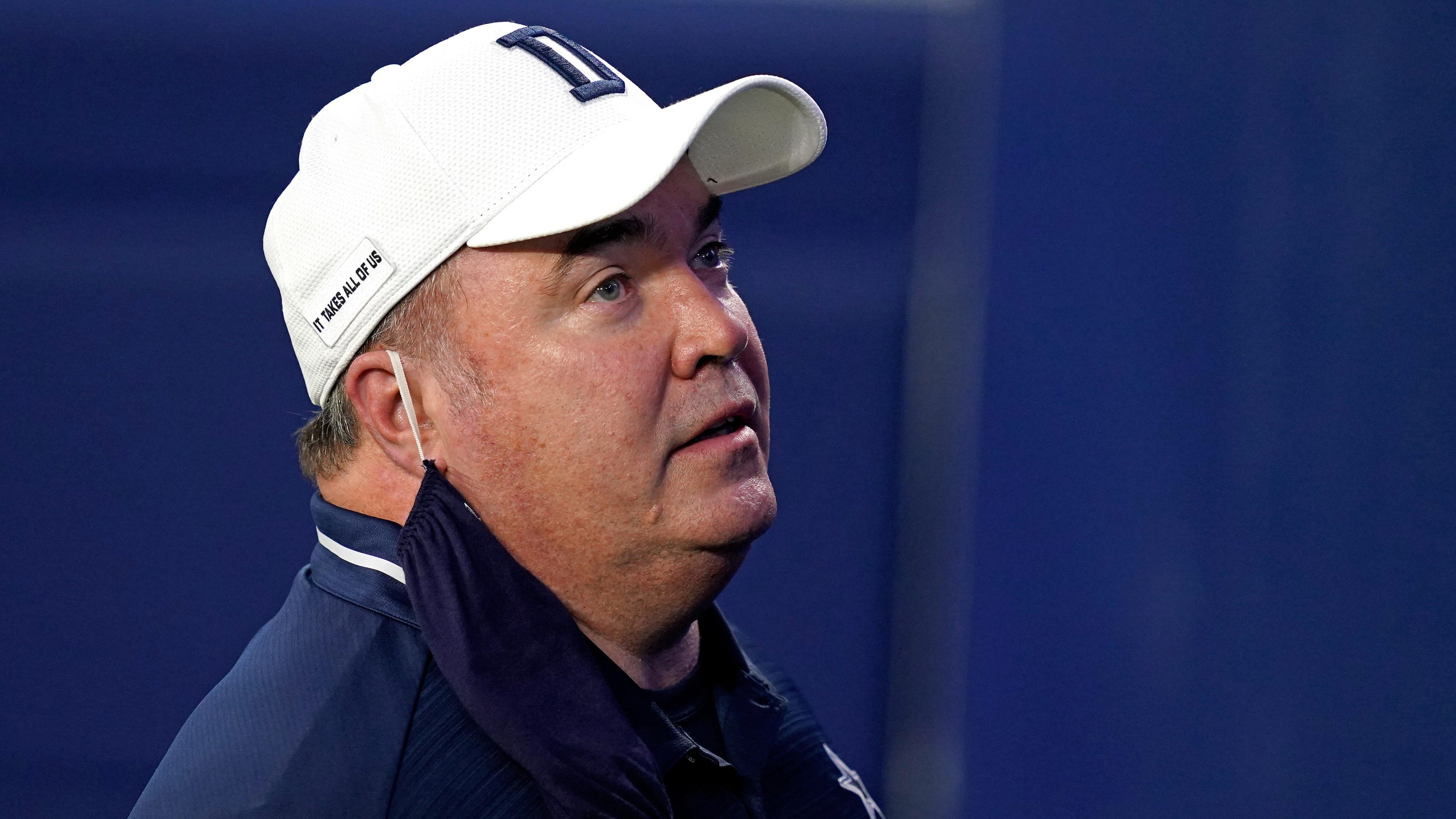 “The conservative play there is to kick the field goal,” the Cowboys head coach said. “I clearly recognize it was a 3-point game.”

But when Dallas opted to go for it on fourth-and-3 from its 11-yard line with 11:46 to play, McCarthy wasn’t just trying to make a bold statement about his belief in statistical probability.

Rather, the Cowboys’ first-year coach wanted to send his players a message: We trust you.

“I just felt that would’ve been a huge momentum play for us at that particular point in time,” McCarthy said after Dallas’ 20-17 defeat. “Our big-play production, we only had six big plays in the first half and we only had one (in the second). That was the mindset: Try to create more of those opportunities for our players.”

The opportunity failed to materialize.

OPINION: Tom Brady isn’t yet the quarterback the Buccaneers need him to be

The Cowboys defense was coming off its first three-and-out of the day, rookie CeeDee Lamb flashing his special-teams acumen to the tune of a 20-yard return. Five plays later, Dallas entered the red zone with 13:06 to play and a chance to score its first touchdown since halftime. Running back Tony Pollard netted 4 yards on a carry and Ezekiel Elliott 3 on either side of an incomplete pass.

Lamb lined up to quarterback Dak Prescott’s left, crossing right in the mesh-patterned play concept. Prescott found Lamb, but Rams rookie safety Jordan Fuller was ready. As soon as Lamb caught the ball, Fuller wrapped him short of the conversion.

“That was the play of the game, arguably.”

Clutch tackle on fourth down by Jordan Fuller 💪 @J_Fuller4#RamsHouse

Lamb caught five of six targets for 59 yards in addition to his 20-yard return. But Dallas’ 2020 first-round draft selection ruminated after the loss on his failure to convert on the critical play. A tough pill to swallow, he said. Rookie mistake or not, he expects better of his production and decision-making.

“That’s one of the plays I wish I had back now,” Lamb said. “It’s not going to sit with me well at all. It’ll be on my head for a minute. It was obviously the differential in the game.

“Running in practice this week and on, you’re definitely going to get a better CeeDee.”

McCarthy didn’t walk back his decision to eschew kicker Greg Zuerlein, who had missed from 53 yards but connected from 33. Sure, neither team ultimately scored after the costly turnover on downs. But the Cowboys were gifted two more drives to threaten. The chance to go ahead rather than tie the game was a risk but a calculated one in McCarthy’s view.

The Cowboys’ first-year coach had emphasized his belief in his players off the field in recent weeks, from supporting their right to express themselves during the national anthem (Sunday, Dontari Poe became the first Cowboy ever to kneel for the pregame playing of the song) to structuring their game-week schedule atypically in a manner that he believed better catered to their recovery. He’d given them space to speak in a team meeting after the shooting of Jacob Blake, when he told them: I’m a white man trying to understand what Black players go through. His schematic decisions had centered around their development, too, from shifting his offensive language to match theirs to ensuring Prescott could maximize continuity with Moore as play caller.

So McCarthy’s players said they appreciated the bold fourth-down call for the message it sent. A “momentum chance,” Prescott called it.

“I loved the aggressiveness,” Prescott said. “I think that’s one of the good thigs you can take out of this game: Our coach, he’s going to put it in our hands. He expects us to go make those plays, he trusts us to do that and he’s going to call the game aggressive. You’ve got to appreciate that.

The Cowboys will host the Falcons next week in their home opener. Before then, the team will try to bolster an offensive line that Rams defensive tackle Aaron Donald terrorized. They’ll look to compensate for long-term injuries to starting tight end Blake Jarwin (feared to have suffered an ACL tear) and linebacker Leighton Vander Esch (broken clavicle). They must improve their third-down play on both side of the ball after the defense let up nine-of-17 tries on third down while the offense converted just three-of-12 chances.

And no matter the down, Elliott emphasized, they’ll insist on trying to score every time they reach the red zone — especially if given another chance at a gambles like Sunday’s fourth-and-3.

“That cost us the game.”