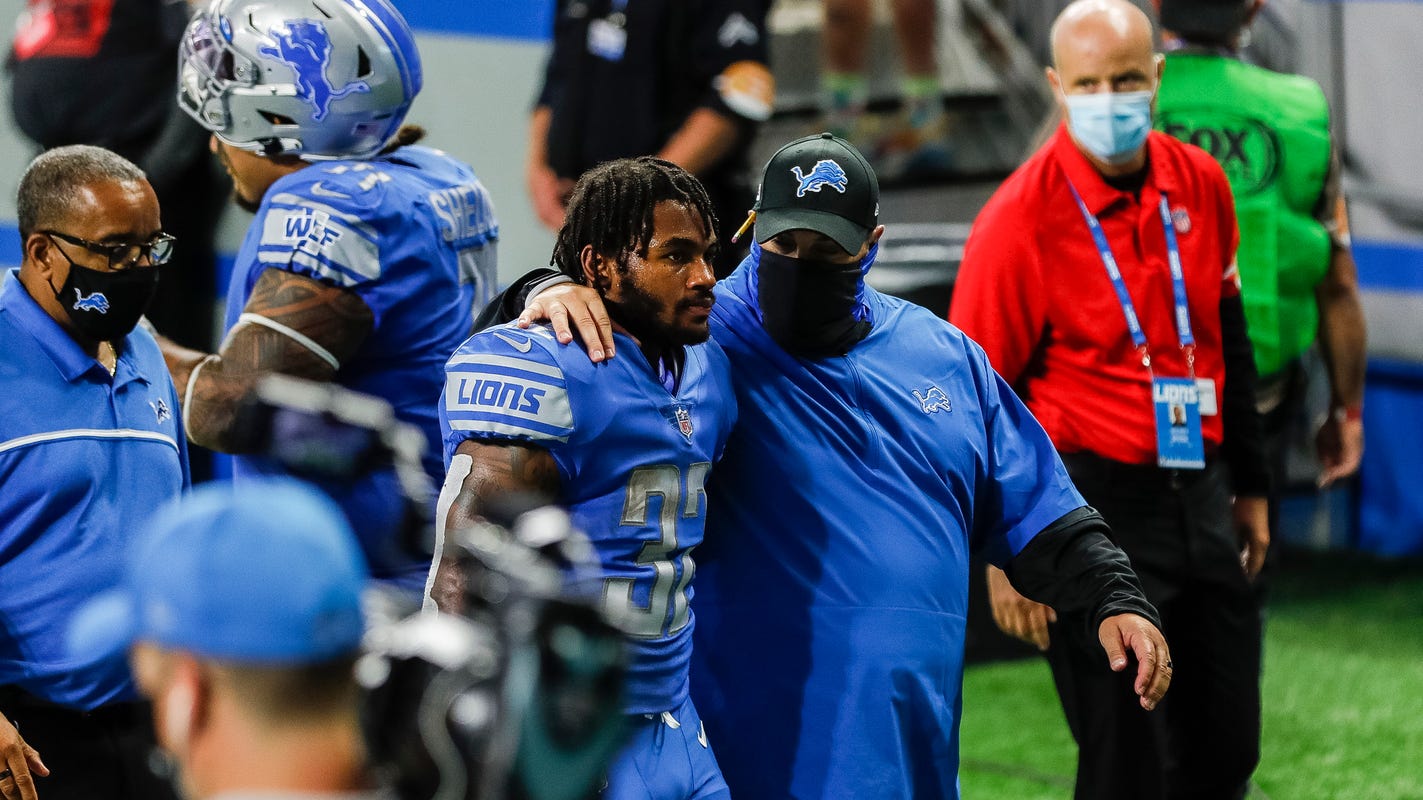 Minutes after rookie running back D’Andre Swift dropped the potentially game-winning touchdown in the closing seconds of the Detroit Lions’ 27-23 loss to the Chicago Bears, coach Matt Patricia knew what he had to do.

“I put my arm around him as soon as we got to the tunnel, walked up the tunnel with him and told him, you know, he’s a great player,” Patricia said “The game is not on him. It’s on me, it’s on the entire bad execution and bad plays that we had toward the end of the game and the bad coaching. We all had opportunities to do a better job and we know that we’ve got to do that going forward.

Detroit Lions head coach Matt Patricia and running back D’Andre Swift walk off the field after the Lions lost the season opener, 27-23, to the Chicago Bears at Ford Field in Detroit, Sunday, Sept. 13, 2020. Swift dropped what would have been the winning touchdown with 6 seconds left. (Photo: Junfu Han, Detroit Free Press)

The play occurred with 11 seconds left and the Lions facing second-and-10 from the Chicago 16-yard line. Stafford was in the shotgun and the Bears only rushed three players, which gave the quarterback plenty of time to throw a perfect pass.

He did, threading the ball to his left. Swift had Buster Skrine and Danny Trevathan beat cleanly. He turned his body to face the ball and caught it with his back to the end zone inside the 1-yard line.

But as Swift twisted his body and turned toward the end zone, he dropped the ball with 6 seconds left. Stafford’s next pass to Marvin Jones in the end zone was batted away as time expired.

“I think he’ll turn the page,” Stafford said. “There’s so many plays in this game that caused it to go the way that it went. That’s one of them.

“There’s plays that we all wish we had back. I can’t turn the ball over in the fourth quarter, there’s no question about that. It’s on everybody. We’re all there to pick him up and go from there.”

Swift had an otherwise good debut. He had three carries for eight yards, including a 1-yard touchdown, and caught three passes on five targets for 15 yards.

But it was the person on the field who Swift probably most respects who had one of the strongest messages for him.

“He had a great day out there as far as being a rookie,” running back Adrian Peterson said. “He’s showing up, he made plays. He made some good head-up plays on different situations that he was in there on. But I just pulled him to the side and told him, ‘Hey, it’s all about how you respond to this. Don’t let this get you down.’ I can imagine how he feels, you know? In that situation how he must feel.

“But at the end of the day, what he showed me today is that he’s going to be able to help us. He’s going to win games for us going into the season. So keep your head up, man. We’ve got 15 more (games). It’s a long season and at the end of the day, do not let this bother you. Do not let this linger. Focus on the next game, which is Green Bay. And focus on hey, if you’re in that position again, what you going to do to capitalize? That’s all that matters.”