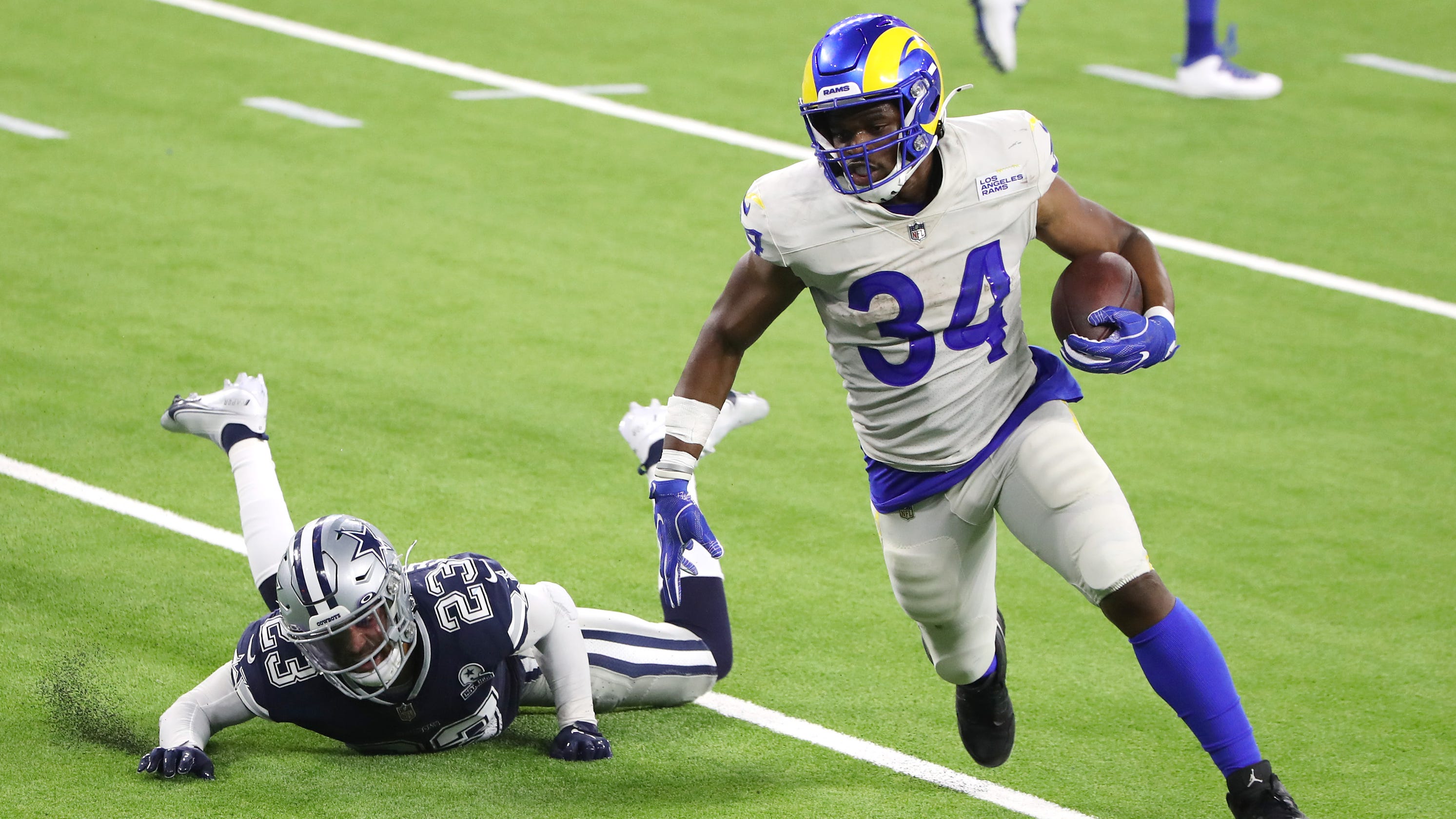 NGLEWOOD, Calif.—The Cowboys faced fourth-and-3 at the Rams’ 11, trailing Los Angeles by 3 with less than 12 minutes to play in the season opener.

They opted not to entrust running back Ezekiel Elliott—who had already muscled for 89 yards and a touchdown on 20 carries, plus another 29 receiving yards and score—with the conversion.

They opted not to gamble with a quarterback keeper from Dak Prescott, who’d rushed for 18 yards on two carries including a 12-yard run in the end zone.

The first ever win at SoFi Stadium wasn’t destined to come easily. Neither team ever led by more than a possession. The Rams flashed early but lost the lead before half. Each team missed a first-half field goal, Rams rookie Samuel Sloman from 29 yards and Cowboys kicker (and former Ram) Greg Zuerlein from 53. Rams quarterback Jared Goff sliced through Dallas’ defense for much of the day but fell prey to the wrath of reinstated-from-suspension Aldon Smith as the game elapsed.

The Cowboys defense, even when it limited the Rams’ production at times, struggled mightily to get Los Angeles off the field. The Rams ultimately dominated the time-of-possession battle by more than 11 minutes. Rams running back Malcolm Brown collected 79 yards and two touchdowns, while Goff completed 20 of 31 passes for 275 yards with an interception.

Malcolm Brown #34 of the Los Angeles Rams rushes for a 2-yard touchdown during the third quarter against the Dallas Cowboys at SoFi Stadium on September 13, 2020 in Inglewood, California. (Photo: Katelyn Mulcahy, Getty Images)

Running back Ezekiel Elliott, who spent the summer hammering his pass catching on Prescott’s backyard football field, scored Dallas’ first touchdown off a pass in the flat. Elliott caught the ball at the 19, encountering four Rams defenders on the right sideline at the 7-yard line. No matter. Elliott juked all four for a quick change of direction left and barreled into the end zone.

Before half, he charged up the middle for a second score.

The Cowboys defense struggled to tackle, particularly on screens, but improved slightly toward the end of the game when Smith reminded the league why he returned after 1,764 days between games. Smith mauled Goff to set up a Chidobe Awuzie interception and recorded a drive-killing sack to give his offense a chance at 2-minute drive heroics.