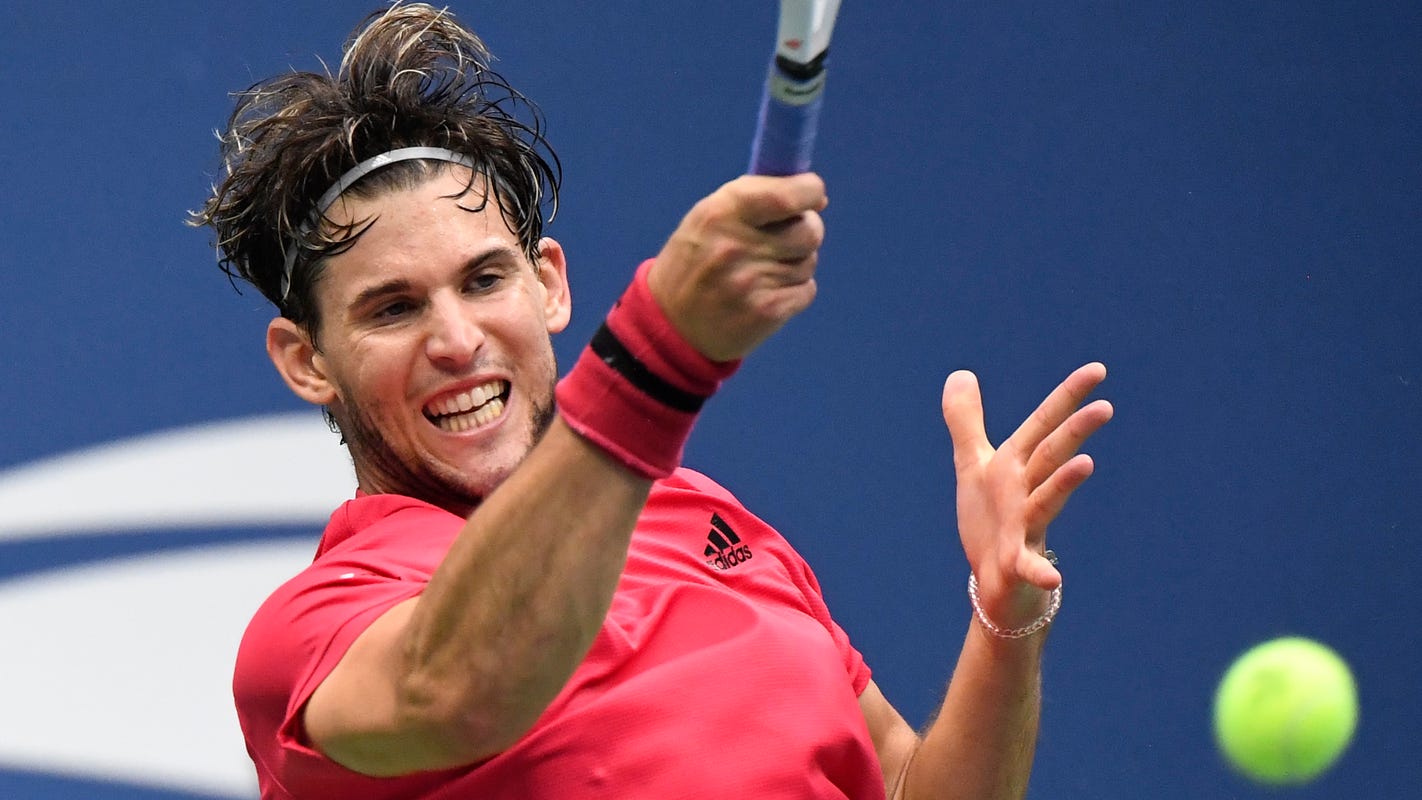 NEW YORK — A nation famous for its alps and its skiers has a new champion. His name is Dominic Thiem and he reached the summit of his own sport Sunday in a place that is 20 feet above sea level, awakening from a horrible start to capture his first Grand Slam title on his fourth try and become the first Austrian to win the U.S. Open.

Showing world-class resilience in a 2-6, 4-6, 6-4, 6-3, 7-6 (6) victory over No. 7 Alexander Zverev of Germany, the third-ranked Thiem joins Thomas Muster, who won the French Open in 1995, as the only Austrian to win a major tennis championship. Thiem, of course, is the first man from any nation to capture a major title before no fans, and during a pandemic.

When top-ranked Novak Djokovic, a 17-time Slam champion, was defaulted in the fourth round for accidentally hitting a linesperson in the throat with a swatted ball, the Open was assured of having a first-time winner. Thiem, who lost only one set through the first six rounds, finally won the ultimate prize, after dropping his first two major finals to Rafael Nadal in the French, and the Australian Open final in a tight five sets to Djokovic seven months ago.

FINAL OF FIRSTS: What’s a stake in Sunday’s US Open final

The journey to the finish was about as grueling as it could be, however, as Zverev jumped out to a two-set lead and then served for the match at 5-3 of the fifth after breaking Thiem in Game 8, only to have Thiem break back and hold for 5-5.  Like boxers in the final round, almost out on their feet, Thiem and Zverev pushed on, breaking each other to take the fifth set to a tiebreak. Zverev jumped out 2-0, but he had two double faults – he had 15 in the match, and they played a huge role in the outcome. He fought off two match points at 6-4, before Thiem knocked a forehand passing shot for 7-6 and then watched as Zverev’s backhand sailed wide.

Thiem, 27, has now won eight of his ten matches against Zverev, who battled him over four taut sets in the Australian Open semifinals seven months ago. Hoping to become the first German man to win the Open since Boris Becker in 1989, Zverev had the misfortune to see Thiem to do him what he had done to Spain’s Pablo Carreno Busta in the semifinals, Carreno Busta bolting out to a two-set lead before Zverev took command.

Indeed, Thiem followed the playbook of Naomi Osaka in the women’s final the day before; Osaka, too, had a disastrous start and then turned it around.

A total of 14, 273 COVID-19 were administered in the tennis bubble, and just before the bubble was broken down, Thiem prevailed in the toughest test of them all, enduring cramps at the end that limited his movement..

Thiem was in trouble almost before he had his warmups off at the outset.  Zverev broke him in the third game and again in the seventh, punishing Thiem for putting so few of his first serves (10 of 27) in play. Zverev pounded 16 winners to just four for Thiem, who suddenly looked very vulnerable after two weeks of dominance. Zverev closed it out with an ace, and kept the onslaught going in the second, blasting out to a two-break lead, and had three set point with Thiem serving at 1-5. Thiem finally stiffened, sticking a service winner en route saving all three of the set points, then broke Zverev for the first time for 5-3, angled a forehand volley winner on game point. Thiem held at love for 5-4, before Zverev drilled a forehand down the line and went up two sets to love when Thiem missed a forehand pass.

The scoreboard may have said otherwise, but Thiem was steadily elevating his game, and it didn’t hurt his cause at all that Zverev’s serve began to wobble badly; he had nine double faults in the second and third sets along.That gave Thiem an opening, and he seized it, breaking Zverev at 15 in the 10th game of the third, sealing the set when Zverev hit an errant forehand.

Thiem had a prime opportunity to move ahead in the fourth set, getting two break points at 15-40, one point away from taking a 4-2 lead, before Zverev reeled off four straight points forcing two forehand errors to get to 3-3. The prosperity did not last long, however. Another double fault gave Thiem a break point at 30-40 in Game 8, and this time Thiem secured it, as Zverev netted a forehand.

Thiem served it out at love to force a fifth set, something that seemed unimaginable just a short time before.