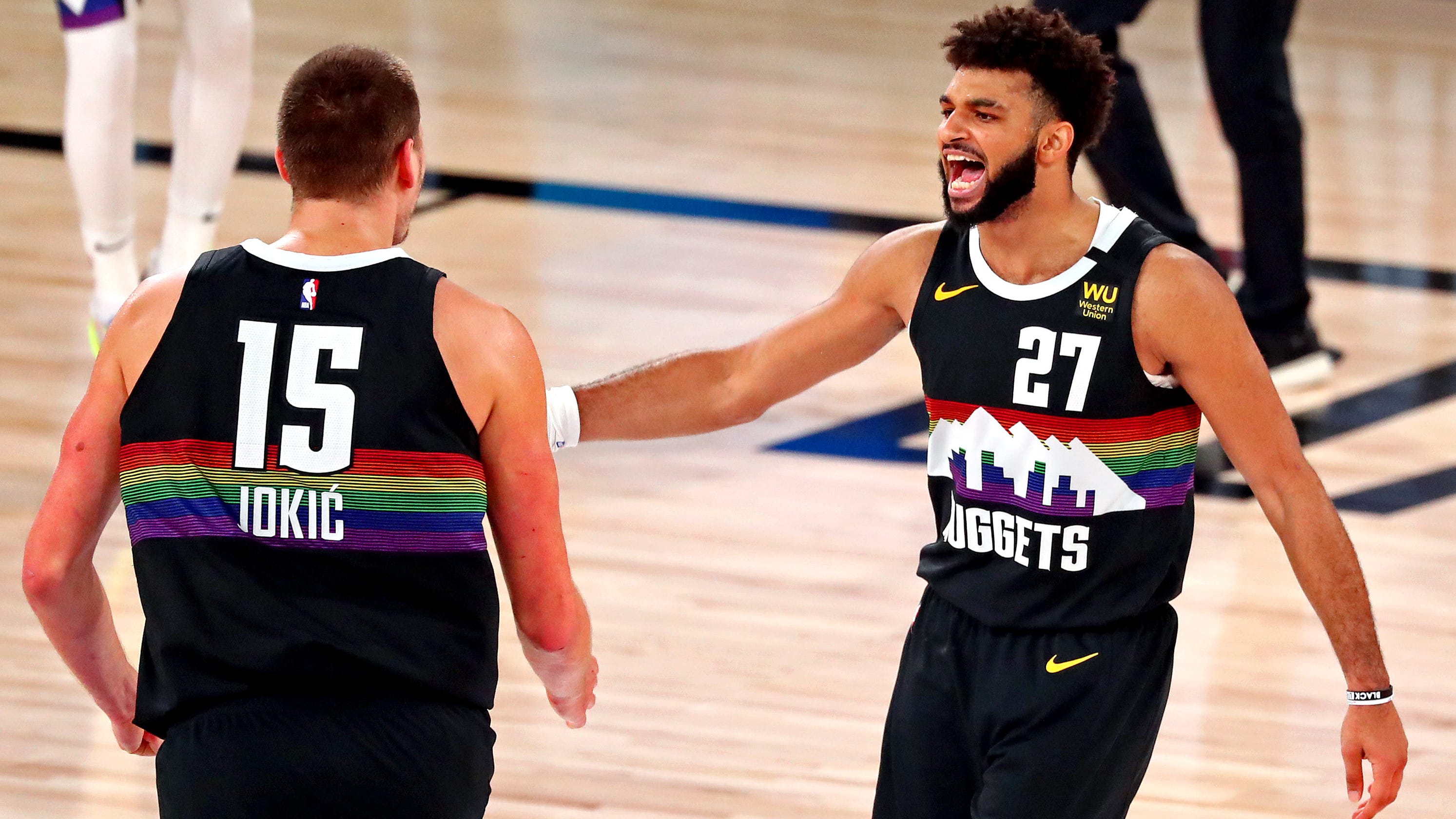 Nuggets taking another crack at history vs. Clippers

LAKE BUENA VISTA, Fla. — The Denver Nuggets earlier this season arrived in Milwaukee at 4 a.m. on the second night of back-to-back. On little sleep, the Nuggets defeated the Bucks in one of their most impressive victories of the season.

Another time this season, the Nuggets dropped into Salt Lake City and had just seven players available against the Utah Jazz. Denver won that game, too.

The Nuggets arrived in Disney a team slowed by COVID-19 — unable to scrimmage 5-on-5 because they didn’t have 10 players there yet.

“We find ways, we find solutions and we don’t make excuses,” Nuggets coach Michael Malone said. “That’s something we’ve done since the day I got here. Players understand that, and they bought into it and that’s why we’re such a tough and resilient group.”

If the Nuggets are not the best story in the bubble, they are the most joyous one. But let’s not chalk this up to a group of underachieving interlopers. That’s an insult to a young and talented team that is just one game from reaching the conference finals for the first time since 2009.

Malone wants you to know is team has talent.

“We’ve always felt we were good enough. No one else does. But we don’t listen to the noise,” Malone said. “We’ve always had this internal belief in ourselves and our collective group that we’re good enough to win a championship.

“We find it funny that the narrative is ‘Oh, the Nuggets are a cute team. What a good story.’ We were second in the West last year. Most of this year, we were the No. 2 seed in the West. … It comes down to a tremendous belief and confidence in who we are, what we’re about and what we’re trying to accomplish, and we have work to do. We’re not satisfied yet.”

Nikola Jokic — with his soft, high-arching jump shots touching the clouds and then often find a pot of gold at the bottom of the net — carried the Nuggets. He finished with a game-high 34 points and 14 rebounds, and added seven assists.

Denver guard Jamal Murray, who had 21 points, five rebounds and five assists, missed a layup early in the second half on a play in which the Nuggets thought he was fouled. Murray went down, the Clippers’ Paul George made a 3-pointer and Los Angeles led 68-49 with 10:10 remaining in the quarter.

The Nuggets outscored the Clippers 62-30 the rest of the way. Jokic had 19 points, seven rebounds and four assists in that span, his 3-pointer with 2:27 left was a knockout bucket, putting the Nuggets ahead 106-93.

“Listen, I thought once Murray went down with that injury, from that point on, the complexion of the game completely changed,” Clippers coach Doc Rivers said. “I thought we were the more physical team. We were attacking, and we were getting into the paint and from that point on it was a reverse of script.”

The Clippers went nearly six minutes without a point in the third quarter as the Nuggets chiseled away at the deficit. Los Angeles was 0-for-10 with two turnovers, and Malone said his staff counted 11 consecutive stops, calling it the best third quarter he can remember in his five seasons with the team.

“It’s not secret, we won this game with our defense, and when we defend, that gets our offense rolling and we can get out and attack,” he said.

For the second consecutive game, the Nuggets were down double digits in the second half.

“I just think we’re a really good team,” said Murray, who is turning into a star in the playoffs. “We can have a bad half, but we can come back just as quick.”

The Nuggets have had many reasons to just hop on the next flight to Denver and get out of the bubble. Yet, they have won five consecutive elimination games.

They were the 12th team in NBA history to overcome a 3-1 hole and win a series, and now they’re trying to become the first team to do it twice in the same postseason.

“I’m running out of adjectives, superlatives, whatever you want to call it to speak on our team because that is a tough, resilient group of you know what,” Malone said. “I love our team. I love our toughness.”