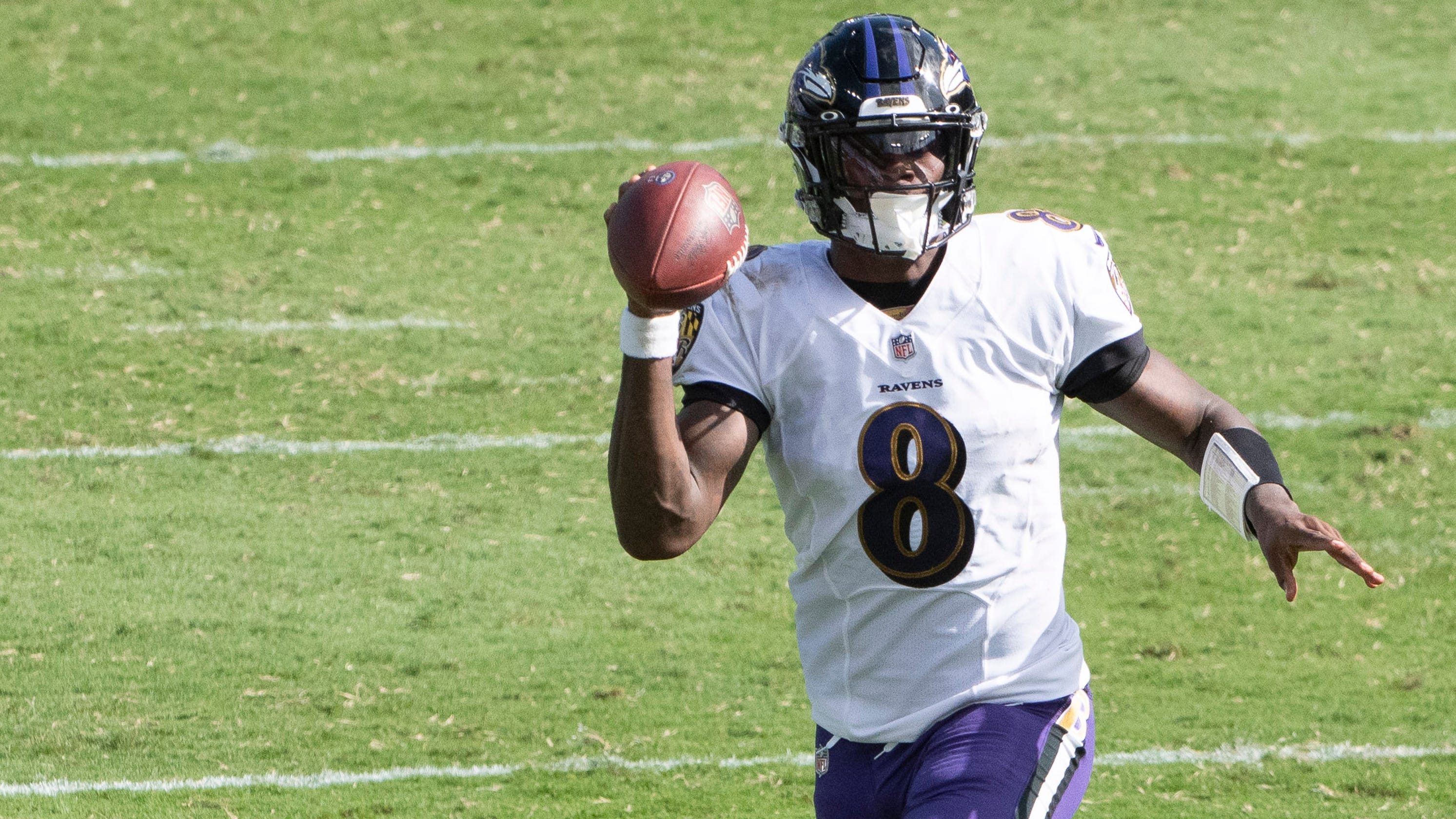 BALTIMORE — There was a different type of NFL gameday atmosphere at M&T Bank Stadium on Sunday. Masks were worn. The pregame revelry was largely absent. The stands were empty, save for a few rows of cardboard cutouts behind each end zone.

But it also quickly became clear Sunday that some things — namely, Lamar Jackson shredding defenses — have not changed.

The NFL’s reigning MVP put on another show in his season debut, throwing for three touchdowns and recording a near-perfect passer rating of 152.1 to lead the Baltimore Ravens to a 38-6 drubbing of the Cleveland Browns.

It was a predictably brilliant performance, the kind of showing that fans, teammates and NFL onlookers have come to expect from the 23-year-old quarterback.

Jackson completed 20 of his 25 passes in the game for 275 yards and notched 45 more on the ground. He zipped the ball to sprinting wide receivers, hitting them in stride, but also floated it into tight coverage with equal aplomb. Midway through the second quarter, he led the Ravens on a rare 10-play, 99-yard scoring drive — completing all six of his passes along the way. 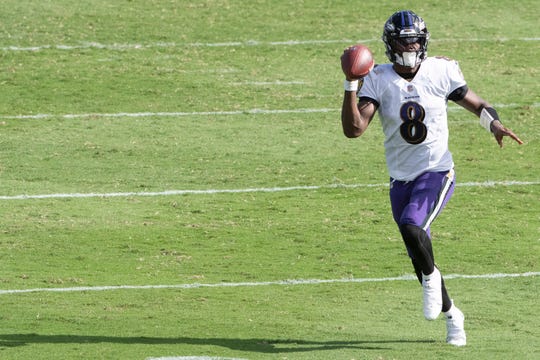 Baltimore Ravens quarterback Lamar Jackson (8) looks to throw on the run during the second half against the Cleveland Browns at M&T Bank Stadium. (Photo: Tommy Gilligan, USA TODAY Sports)

Teammates like tight end Mark Andrews, who caught two of Jackson’s three touchdown passes Sunday, are rarely surprised by his performances at this point. But that doesn’t make them any less impressive.

“The guy’s incredible,” Andrews said. “He was incredible last year. To me, he’s obviously the best player in the world.”

Much has been made of the “jump” in performance and comfort that Jackson made from his rookie season in 2018, when he took over for Joe Flacco and started seven games, to his sophomore campaign last year, when he exceeded 3,000 passing yards and 1,000 yards on the ground en route to MVP honors. But it became clear Sunday that his evolution is ongoing.

Jackson, for instance, did not have one of the highlight-reel runs for which he’s become best known against the Browns — though he did juke a defender or two while scrambling. Instead, the brilliance was in his arm, particularly in moments like midway through the third quarter, when he dropped the ball perfectly between a pair of Browns defenders on the goal line to Willie Snead.

Lamar’s runs are what always make the highlight reels, but look at the touch and accuracy on this throw. Unreal. He’s been terrific today. https://t.co/dPe14U9seq

“He’s able to escape, get free and make things happen where you think there’s nothing,” Browns defensive end Myles Garrett said in his postgame news conference. “You don’t think anybody’s open and he’s getting the ball off. Today, he put it on the money.”

Ravens second-year wide receiver Marquise Brown, who led the team with five catches for 101 yards, said he believes that Jackson appears to be “a lot more comfortable” — even from a year ago.

Jackson said his success Sunday was a byproduct of the chemistry he’s built with his teammates, including Brown, who worked out with Jackson in South Florida this offseason. The quarterback also credited his position coach, James Urban, for the quarterback-specific drills he’s overseen during practice and the emphasis that Urban has placed on consistency.

Sunday’s win over the Browns marked the fourth time in Jackson’s past 17 regular-season games that he has completed 75% or more of his passes, and the third game in that span in which he finished with a passer rating above 150. (A perfect passer rating is 158.3.)

To the casual NFL fan, Jackson will probably still be known for the plays he makes with his legs. Critics who initially viewed him as a running back or wide receiver prospect will always view him a scrambler first. But with each performance like the one he had against the Browns — each perfect read, each precise touch pass — that perception will keep shifting. If Sunday’s game is any indication, Jackson is still as dominant as ever.