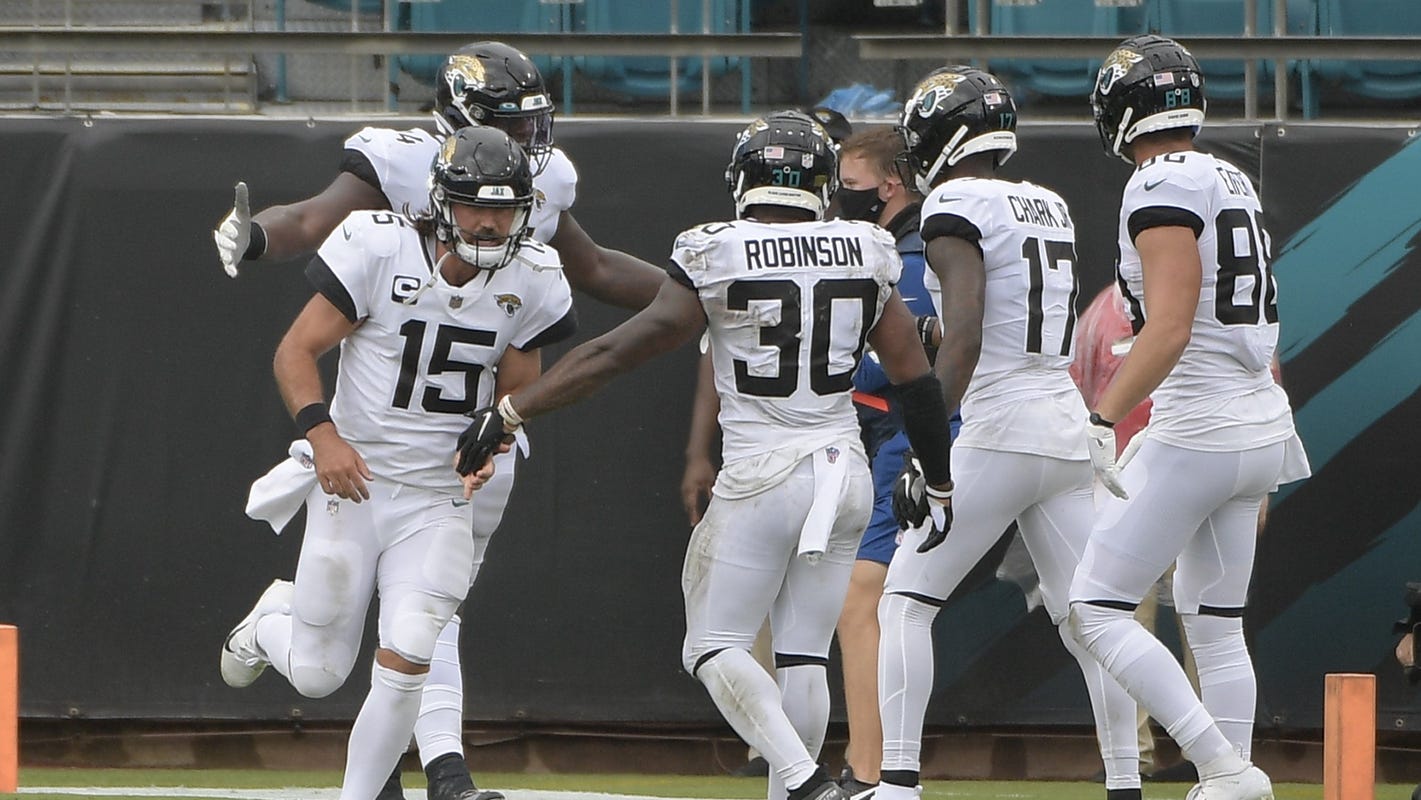 As one of the league’s youngest teams, the Jaguars had their share of good moments in Sunday’s opener against the Indianapolis Colts at TIAA Bank Field.

One of the biggest came with just under six minutes remaining when they trailed the Colts by a three-point deficit.

Quarterback Gardner Minshew connected to Keelan Cole on a 22-yard touchdown pass for the go-ahead 24-20 score before holding on to secure an impropable  27-20 victory.

To preserve their lead, rookie cornerback CJ Henderson made a clinching pass break-up on T.Y. Hilton on the Colts’ final try on a fourth-down play.

An eight-point underdog, the Jaguars sure didn’t perform like a team with plans to tank this season to improve their chances to land the first-round pick in 2021.

When the Colts punched, the Jaguars punched back.

With 16 rookies on their roster, the Jaguars took full advantage of their young talent.

Undrafted rookie running back James Robinson took advantage of the same strengths he did in training camp to move to the top of the depth chart.  Robinson’s vision, quick cutting and power running wore down the Colts.

He set the NFL record for the most yards by an undrafted rookie in Week 1 with his 62-yard performance.

The Jaguars also got a big-time interception from Henderson and a touchdown catch from rookie Laviska Shenault.

Although quarterback Minshew was chased continuously out of the pocket, it didn’t impact his accuracy. He completed 19 of 20 for 173 touchdowns and three touchdowns.

There were stretches where the Jaguars gave up too many chunk plays, which included a screen pass that went for 30 yards by Colts running back Jonathan Taylor.

But late in the third quarter, the Jaguars were still in the fight.

The Colts had the more established players and are regarded as a contender to win the AFC South. Still, the Jaguars stuffed the Colts on a fourth-and-goal play from the 3, safety Josh Jones, Abry Jones, and Myles Jack dropped Nyheim Hines for a 2-yard loss to force them to come up empty.

Though Rivers had 285 yards passing after the third quarter, Henderson enjoyed his first career interception against him in the second quarter. Rivers forced a pass intended for T.Y. Hilton in double coverage that Henderson picked off and returned 22 yards.

Four plays later, Minshew found receiver DJ Chark in right corner of the end zone that tied the score at 7 in the second quarter. Throughout the game, the Jaguars remain in striking distance that included going into halftime trailing 17-14.