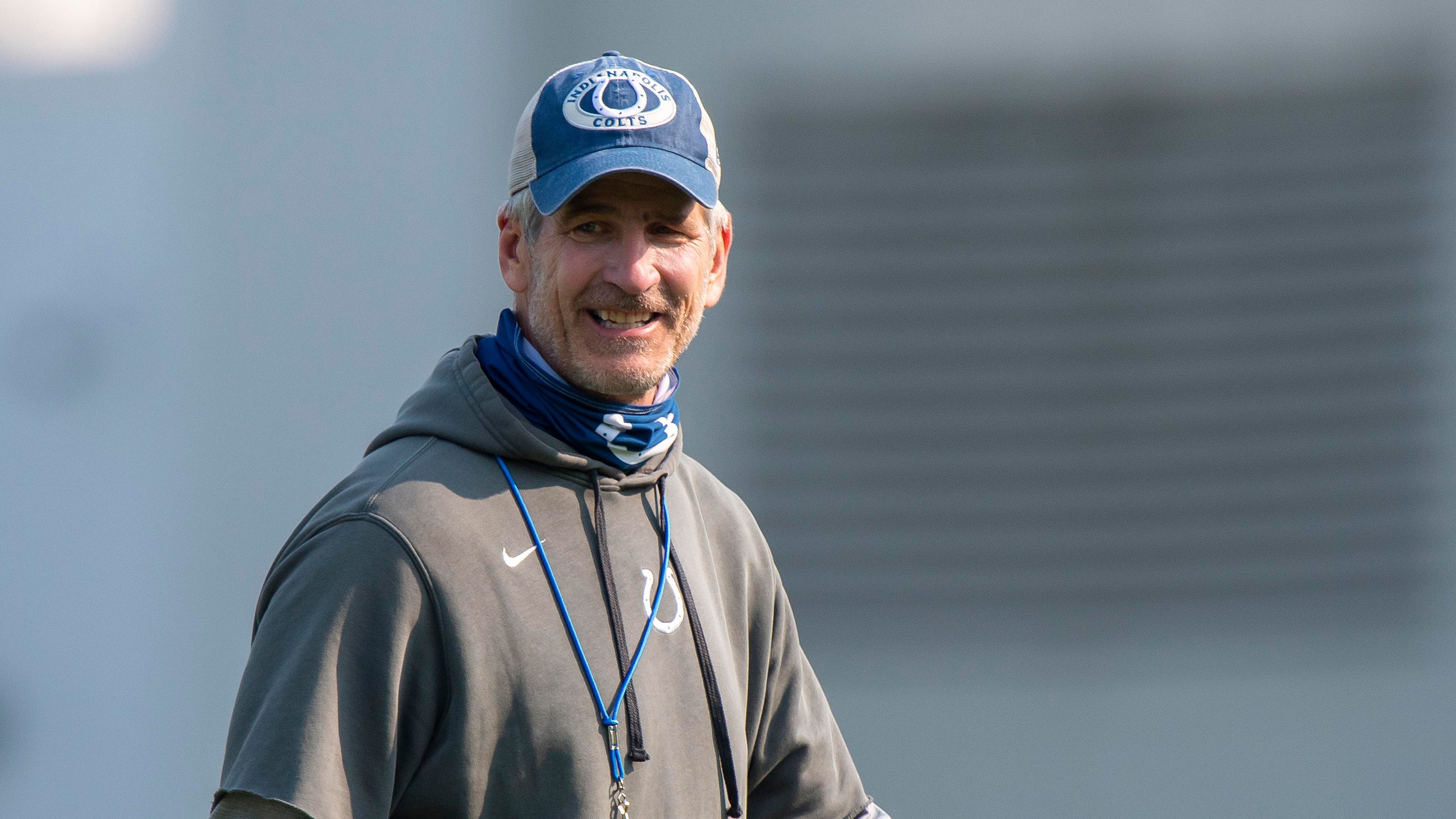 
JACKSONVILLE, Fla. — The Indianapolis Colts vowed this offseason that they would not be silent about social justice and racial inequality this season.

And the Colts made a statement on Sunday, with head coach Frank Reich stepping forward at the beginning of the national anthem and then kneeling to bring attention to system racism and social injustice.

“Today our football team made a statement on behalf of the Black communities in our state of Indiana; but also on behalf of all Black communities from where our players and coaches call home. Our intent is to bring attention to the issue of systemic racism and the injustice inherit therein. We also wanted to demonstrate a symbolic gesture of how we believe meaningful change happens.

“TO BE CLEAR – we were not protesting the flag, the anthem, or the men and women who wear the uniform. The timing of this action is meant to highlight that the presence, power, and oppression of racism remains inconsistent with the unity and freedoms of what it means to be an American.

“Our Black communities feel the weight of this issue and they are hurting. Our statement today and going forward expresses that we will not merely speak out against racism, but we will demonstrate our convictions with consistent action to support and uplift our Black communities.

“Our statement included the two-fold symbolic gesture of stepping forward and kneeling:

“On stepping forward: Making significant progress to end racism requires all of us to step forward. More specifically, it requires white leaders stepping forward to bring about real change to eliminate discrimination and equal the playing field in all areas, such as housing, education, and law enforcement. The changes we need are not short-term fixes. Rather, they are system changes that will have generational impact.

“On kneeling: It is not a posture of defiance but rather one of humility — taken by the White community — to acknowledge the injustice and inequality that is present, and to find the courage and resolve to make the changes needed.

“The team standing and locking arms is symbolic of our unity and strength. We desire to stand with and for each other and for our Black communities in the fight for justice and equality.

The Colts had already made a statement before the playing of the national anthem on Sunday. In warmups, most of the players and coaches on the Indianapolis roster wore black t-shirts that read “Black Lives Matter” on the front and cited statistics about racial inequality on the back of the t-shirt.

Members of the Jaguars wore shirts that read “It Takes All of Us” on the front and “End Racism” on the back, and the Jacksonville organization went into the locker room for the playing of “Lift Every Voice and Sing,” the Black national anthem.

It’s great to live in a city where our team has made us proud before they even step on the field. We are lucky to have these outstanding athletes in our community. Now — let’s go get that win #FortheShoe! https://t.co/WfnsgnBpcV

The Colts remained on the field for “Lift Every Voice and Sing,” standing along the end zone line, almost all as one, save for a few staffers who were still on the sideline when the song began.

Ever since the death of George Floyd and the protests that followed, the Indianapolis franchise has vowed to use its platform to fight for social justice and against systemic racism, police brutality and fight.

In the week following Floyd’s death, the Colts held three days of meetings on the subject of racism, and the organization made changes this offseason: signing a letter calling for the end of qualified immunity, creating a position within the organization designed to promote diversity, making Juneteenth an organizational holiday and creating the Irsay Family Impact Scholarship.

Then, after the shooting of Jacob Blake prompted teams in all major sports to shut down for a day, the Colts players met and announced team initiatives in their Breaking Barriers campaign, publicly planning to encourage voting, improve community/police relations, providing food for areas dealing with food shortage and working with Indianapolis Public Schools.

But they will continue to fight against systemic racism and social injustice, and Sunday’s statement during the national anthem was a powerful display of the team’s unity in that fight.