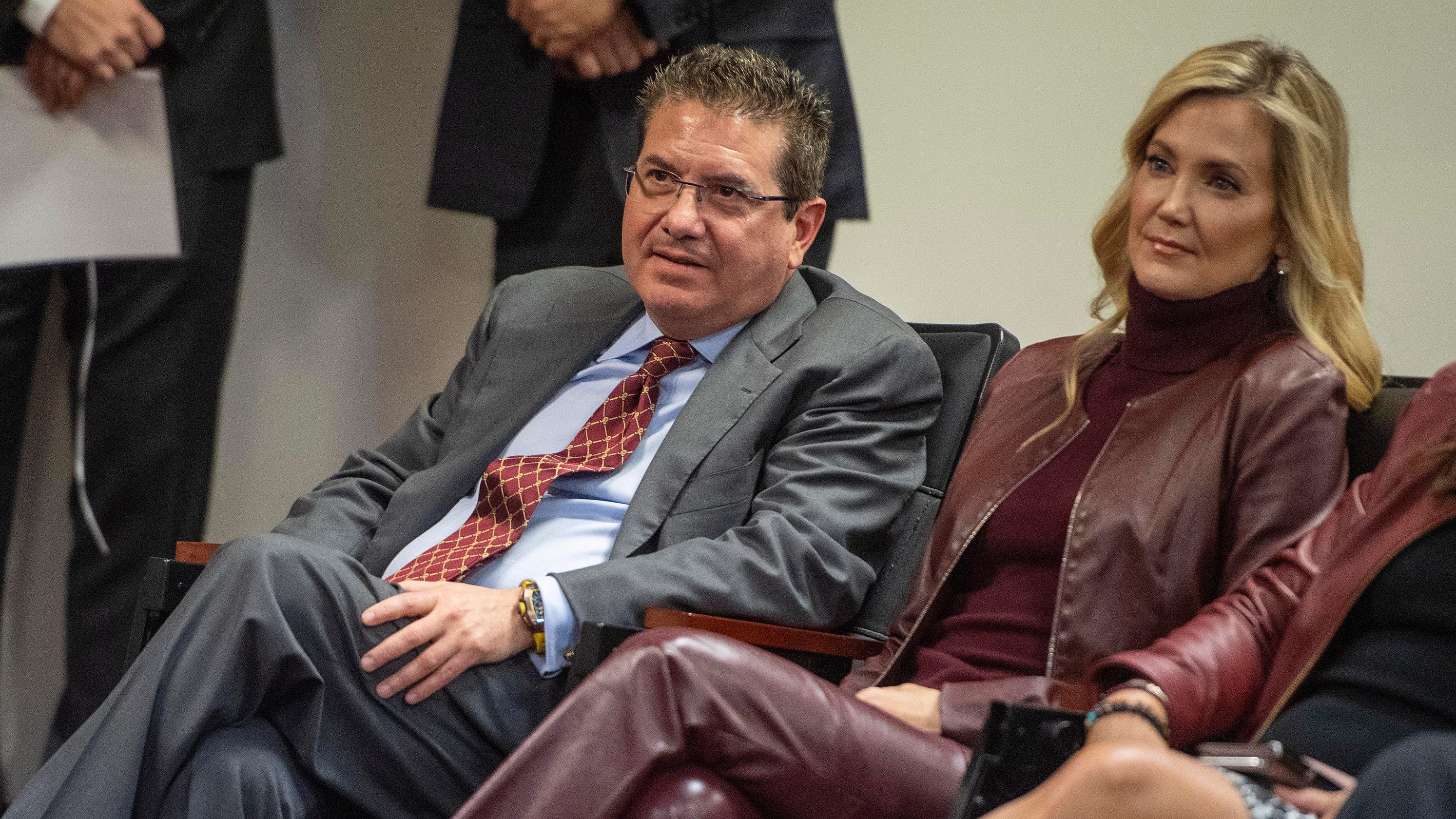 As another season kicks off Sunday for the Washington Football Team, a dark cloud hangs over the franchise after an offseason of change and turmoil.

The NFL investigation of Daniel Snyder and his organization in response to allegations of rampant sexual misconduct and mistreatment of female employees remains ongoing. As it does, two pressing questions swirl Snyder.

Will the league deem the findings of the investigation egregious enough to force Snyder to sell the team? And if Snyder does manage to retain ownership, is he capable of changing both his oppressive leadership style and dramatically transforming the culture of the franchise?

On the field, Washington is undergoing yet another reset as a 3-13 2019 campaign led to yet another coaching staff and front office overhaul. The team still doesn’t have an name after Daniel Snyder agreed to drop  its long-held moniker after years of objections came to a head.

But what has defined the organization in recent months is the smog of allegations of long-running mistreatment toward female employees during his 21-year tenure.

Regardless of the findings of the probe – originally ordered by Snyder following an explosive Washington Postreport in which 15 women who formerly worked for the organization said they were sexually harassed – there is one person who deserves blame for the deterioration of the franchise.

His heavy-handed ways have led to perpetual futility on the football field and what some have described as an oppressive and poisonous work environment on the business side.

In statements released after each Postarticle, he claimed to have been “too hands-off” over the years but vowed to implement change.

But many who have spent time within the organization say Snyder fostered a toxic culture by insulating himself from his employees and directing executives to do his bidding.

Current and former employees tell tales of Snyder’s leadership style and his petty ways, including his demand that employees only refer to him as Mr. Snyder and abstain from making eye contact with him should they pass him in the hallways.

“Leadership starts at the top, and I definitely think there was a direct line down. Staff members were berated daily,” former Washington employee Megan Imbert, who worked as a video producer from 2006-11, told USA TODAY Sports. “People were called names all the time. It was an environment where if you’re not cursing, you’re not working. You’d hear people yelling regularly about something.

“A very, very unhealthy tension. Impatience and hot tempers and ‘What have you done for me lately?’ mentality, work really hard, insane hours and you never feel like you were doing enough. That was the pressure from leadership, and I do believe that (executives) were feeling that from somewhere, and what’s the common thread there? Mr. Snyder.”

Meanwhile, there was no recourse for grievances, Imbert said.

If Snyder didn’t know what was going on in his organization, it may have been because he didn’t care to know. But that excuse is hard to believe given Snyder fraternized with many of the executives accused of sexual misconduct.

One person told The Post that a compilation of secret videos of cheerleaders in varying stages of undress was compiled at Snyder’s request, which Snyder has denied. And other forms of sexual misconduct took place right under Snyder’s nose and even across from his office, according to Toni Lightfoot Stugard, who worked as a travel coordinator for the organization from 2004-05.

Stugard told USA TODAY Sports she experienced a year’s worth of alleged unwanted sexual advances, as well as a dismissive response to her complaints.

Then-defensive line coach Greg Blache regularly would come into her office, just feet away from Snyder’s, and close the door and make lewd comments and proposition her about getaways, Stugard alleged.

Finally, upon her brother’s insistence that she report the matter to human resources, Stugard asked a clerical assistant in the HR department for advice on how to handle the situation, she said.

“I talked to her because I didn’t want anyone to think it was going on,” Stugard said, “and she said, ‘This is just how it is in the NFL. Shrug it off and he’ll find someone else.’ And a week later, (human resources director) Cory Schreckengost comes in and shuts the door and said, ‘This will be your last day. We feel you are not a fit with the Washington Redskins any longer,’ and I had to pack my things up and leave. I was in tears. I didn’t understand. I was good. I was praised all the time. But almost to the day a week later, I was fired.”

Schreckengost, who no longer works for the team, didn’t respond to a request for an interview. Blache, when reached by telephone and asked about the matter, laughed, said “no comment” and hung up. Snyder, through a team spokesman, declined to comment on the matter, saying that the ongoing investigation prevents the team from discussing it.

The responses and the way in which Stugard said she was dismissed align with what other former employees, four of whom requested anonymity because they either feared repercussions or didn’t want to be publicly tied to the organization’s turmoil, told USA TODAY Sports.

The employees said they were told they are in positions of privilege, and if they are unhappy, “thousands” of other eager candidates could replace them.

“One thing that’s really evident with the stories from the women that are coming forward is that these all span from different times during (Snyder’s) leadership, and they’re from different departments, so I think that’s really telling of how pervasive it was throughout the organization,” Imbert said. “And, ultimately, a responsible leader takes accountability for what goes on in their organization, and we’ve never seen that accountability. We’ve seen deflection, gaslighting. … So, from my perspective, (Snyder) has had over two decades to show us who he is as a leader. We’ve seen it on the field, and now everyone is getting to see behind the scenes.”

Snyder has pointed to the hiring of Ron Rivera as coach, Julie Donaldson as senior VP of media and Jason Wright as team president as evidence of his commitment to change the team’s culture.

But some former employees question whether Snyder and his team are truly invested.

“That’s baloney,” Stugard said in response to Snyder’s statements. “He doesn’t care. Any owner who doesn’t let you look at them and say good morning does not care about his employees.”

Imbert and other former employees agreed.

They raised questions about Snyder’s sincerity after observing what they described as contradictory disciplinary action around the time The Post published its reports. In July, Snyder fired director of pro personnel Alex Santos and assistant director of pro personnel Richard Mann II amid allegations of sexual harassment later detailed in the initial story. Yet former senior vice president of media Larry Michael — a member of Snyder’s inner circle — was allowed to retire one day prior to The Post’s first report. Former team employees told The Post in the second story that Michael instructed staff members to compile the video of lewd outtakes from cheerleader photo shoots.

Said Imbert: “I feel that Mr. Snyder’s character is showing in recent history with the way he responded after the August article with his initial statement.”

On Sunday, Rivera and the members of the Washington Football Team will begin a quest for improvement on the field. Meanwhile, Wright has begun work to try to change the organization at its core.

But as Snyder remains at the helm, and until the investigation concludes and a determination is reached on what (if any) disciplinary action is required, the Washington Football Team very well could be simply going through the motions again.