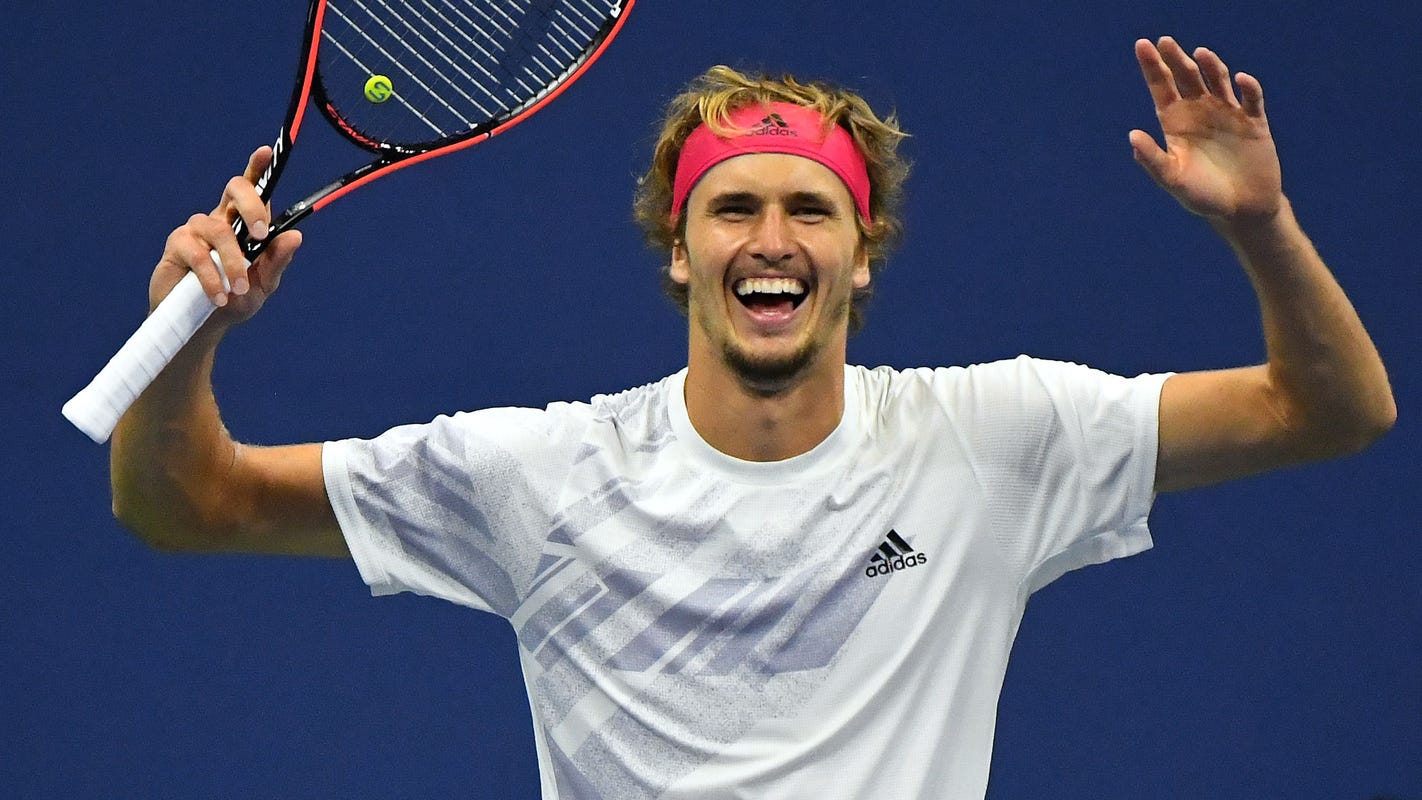 One big takeaway from Sunday’s U.S. Open men’s final — before it even begins — will be how tennis fans have been spoiled for this past decade-plus.

Novak Djokovic, Rafael Nadal and Roger Federer have had a stranglehold on the sport, having claimed every Grand Slam title in the last four years. Stan Wawrinka’s U.S. Open upset of Djokovic in 2016 serves as the last time one of them didn’t win. Tennis’ Big Three have claimed 56 Grand Slams combined with Federer (20), Nadal (19) and Djokovic (17) all in the equation for greatest player of all-time.

But this year none of the sport’s juggernauts are in the final at Flushing Meadows.

The finale between No. 2 seed Dominic Thiem and No. 5 seed Alexander Zverev will provide a first-time Grand Slam champion. It’s the first time since 2014 that the U.S. Open final will be held without Feder, Nadal or Djokovic, and a signaling to the future of tennis, even if unusual circumstances paved the way.

Djokovic, the world No. 1, was on his way to reaching the final and vying for his 18th Grand Slam before he was disqualified for inadvertently hitting a linesperson in the throat with a ball in the round of 16. The 33-year-old was undefeated in 2020 and his legacy perhaps is taking the biggest hit from the coronavirus cancellations and postponements. Djokovic is the most in-his-prime, while 39-year-old Federer (out rehabbing a knee injury) has been in the twilight of his career for a while now. Nadal (34), meanwhile, opted not to travel to New York for safety concerns and is back home training for the French Open — an event he’s won 12 times — as it was rescheduled for late September.

“It’s the butterfly effect,” ESPN analyst Chris Fowler told USA TODAY Sports of Djokovic’s disqualification against Pablo Carreño Busta. “One little flick of the wrist changed everything in that tournament since (Djokovic) was the favorite. Had he won the previous game and set, he wins the match. Instead, that boiled over, and the chain of events led to him hitting a woman by millimeters. Then he doesn’t get major title No. 18, and now he’s falling in the greatest of all time debate.”

So what about the new new guys? Thiem seems due for some hardware having played in three finals before (losing two French Opens to Nadal and a five-set final to Djokovic in January at the Australian Open). The 27-year-old Austrian has the skill set to be a new face of tennis as Federer begins to fade out. Thiem also owns wins over all of the Big Three — albeit it hasn’t been on the big stage. That time could be coming, however.

He’ll have to get past Zverev, a 23-year-old German underdog who is considered to be on the horizon as a future star of the sport. If it weren’t for the shadow the Big Three have clouded over tennis, perhaps he’d have ascended to that star status already.

Along with Greek standout Stefanos Tsitsipas, Thiem and Zverev — all in their 20s — are poised to rise up as Djokovic and Nadal age. The question for several years now has been when? When will Federer, Djokovic or Nadal start to slide, paving the way for the next era?

The U.S. Open this year was a unique sporting event with no fans and a bubble format. Even though there was no Federer or Nadal and Djokovic had a bizarre disqualification, Sunday’s final will be symbolic in its foreshadowing of the future. A new era is bound to come eventually, and the two stars on center stage at Arthur Ashe Stadium can be the ambassadors of that.

“There will be no asterisk for this one,” Fowler said. “This will be a Grand Slam winner in spite of the conditions.”