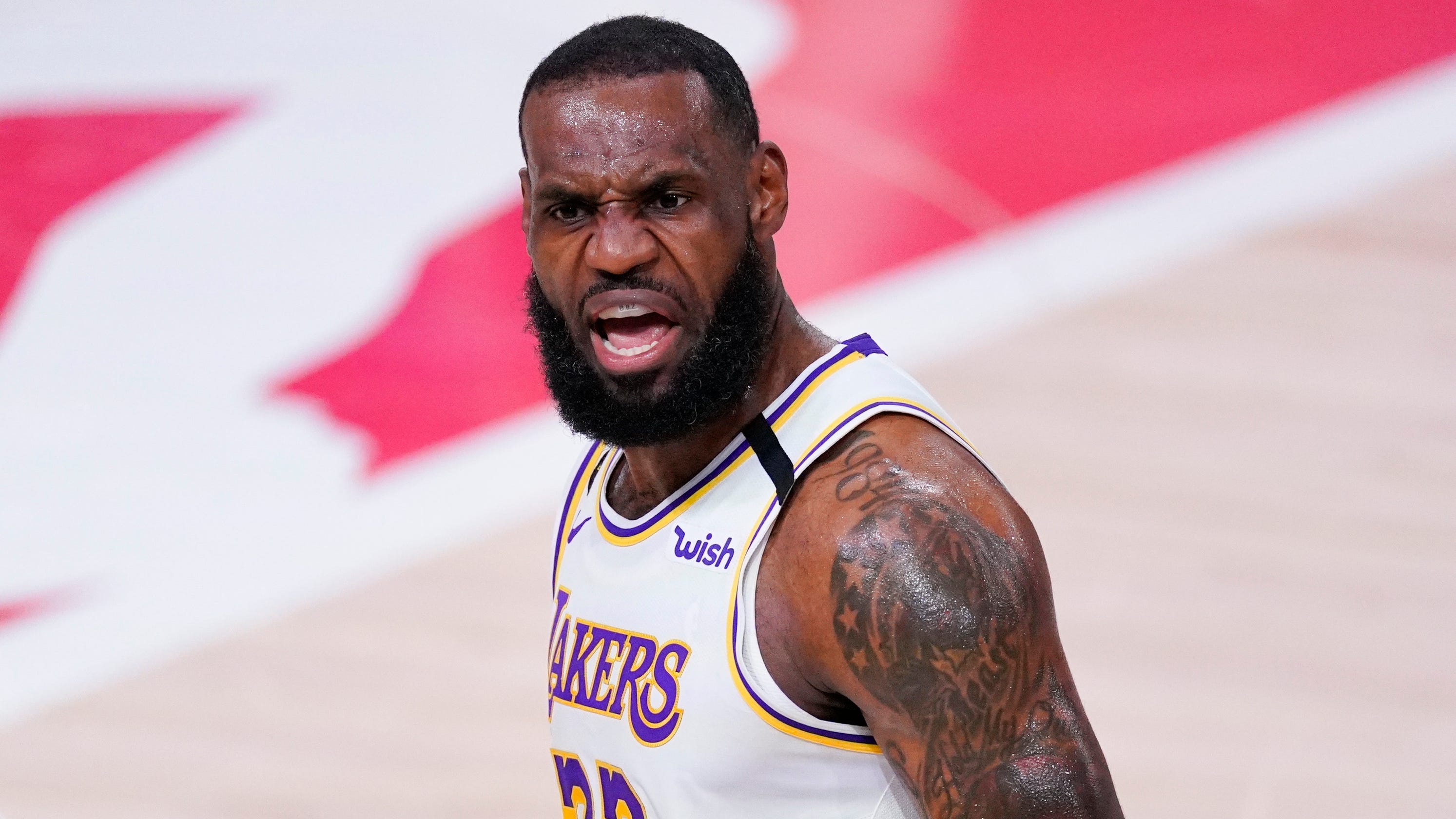 LeBron senses the moment and pounces to close out Rockets

And as he often does, he pounced on it.

James and the Los Angeles Lakers didn’t want to play a sixth game in the series and give the Houston Rockets a sliver of hope that a Game 7 might be possible.

So they took care of business with a persuasive 119-96 victory over the Rockets in Game 5 on the Western Conference semifinals on Saturday.

With a chance to send the Rockets home, James didn’t waste much time establishing his imprint on Game 5. He scored 11 of his 29 points in the first quarter as the Lakers opened a 33-11 lead. The score got close in the third quarter (65-59), but the Lakers went on 30-10 run and canceled any chance of a Rockets comeback.

LeBron James on leading the Lakers to the Western Conference finals: “I know what my name comes with. It comes with winning.” #NBAPlayoffs

“Mentally, I come with the same desperation as the opponent,” James said. “I understand that a closeout game, the team that’s down is going to play very desperate and they’re going to play to their best ability, and if you allow that to happen throughout the course of 48-minute game, they will extend the series.

“Not saying I’m always successful in closing out the series, but that’s my mindset. My mindset is to be just as desperate as my opponent when I approach the game when I’m out there on the floor and then live with the results.”

NEXT MOVE: How will the Rockets navigate such a murky future?

It was an important moment for James as a member of the Lakers. In his first postseason with the storied franchise, he helped them reach the conference finals for the first time since 2010, which is also the last time the Lakers won a title.

It is the Lakers’ longest stretch without a championship since the 12-year drought from 1988-2000.

LeBron James has the Lakers in the Western Conference finals for the first time since 2010. (Photo: Mark J. Terrill, AP)

“I understand the Laker faithful and what they felt or maybe were going through over the — I want to say the last decade — of not being in the postseason, not competing for championships or whatever the case may be,” James said. “I took that responsibility as well.”

The Lakers are synonymous with titles, and they signed James in the summer of 2018 with the idea of winning more after a decade of missteps. But the franchise success and mystique lured James there. He appreciates NBA history, and to win a title with the Lakers is meaningful to James.

From 2011-18, James played in eight consecutive NBA Finals and won three titles. But James and the Lakers missed the playoffs last season. They are back in the conference finals with strong chance to get reach the Finals.

They are 8-2 in the playoffs, losing the series opener in the first and second rounds before winning the next four games against Portland and Houston. They have been the most consistent, if not impressive, team in the West.

James has another star alongside him in Anthony Davis, who is averaging 27.6 points, 10.9 rebounds and four assists. The Lakers are surrounded by quality role players in Danny Green, Kentavious Caldwell-Pope, Alex Caruso, Markieff Morris, Kyle Kuzma and Rajon Rondo. They can spread the floor and hit 3-pointers and play the kind of defense necessary to win a title.

The Lakers have the second-best offensive and defensive ratings of remaining playoff teams, and they are versatile. If they want to go small, like the did in the Houston series, they can do that. If they need to go big, they can do that, too.

“From day one, coach (Frank) Vogel and the coaching staff said they we need to be the best defensive team in the league,” James said, “and we took that to heart. We had some good months. We had some great months. We had a couple of weeks where we were not that good defensively. But we’re hitting our stride at the right time and that’s in the postseason. We’ve continued to get better in this postseason run so far. We want to continue that going into the next round.”

James has the look and sound of a player who knows what the Lakers can do, and he doesn’t want to squander the opportunity.