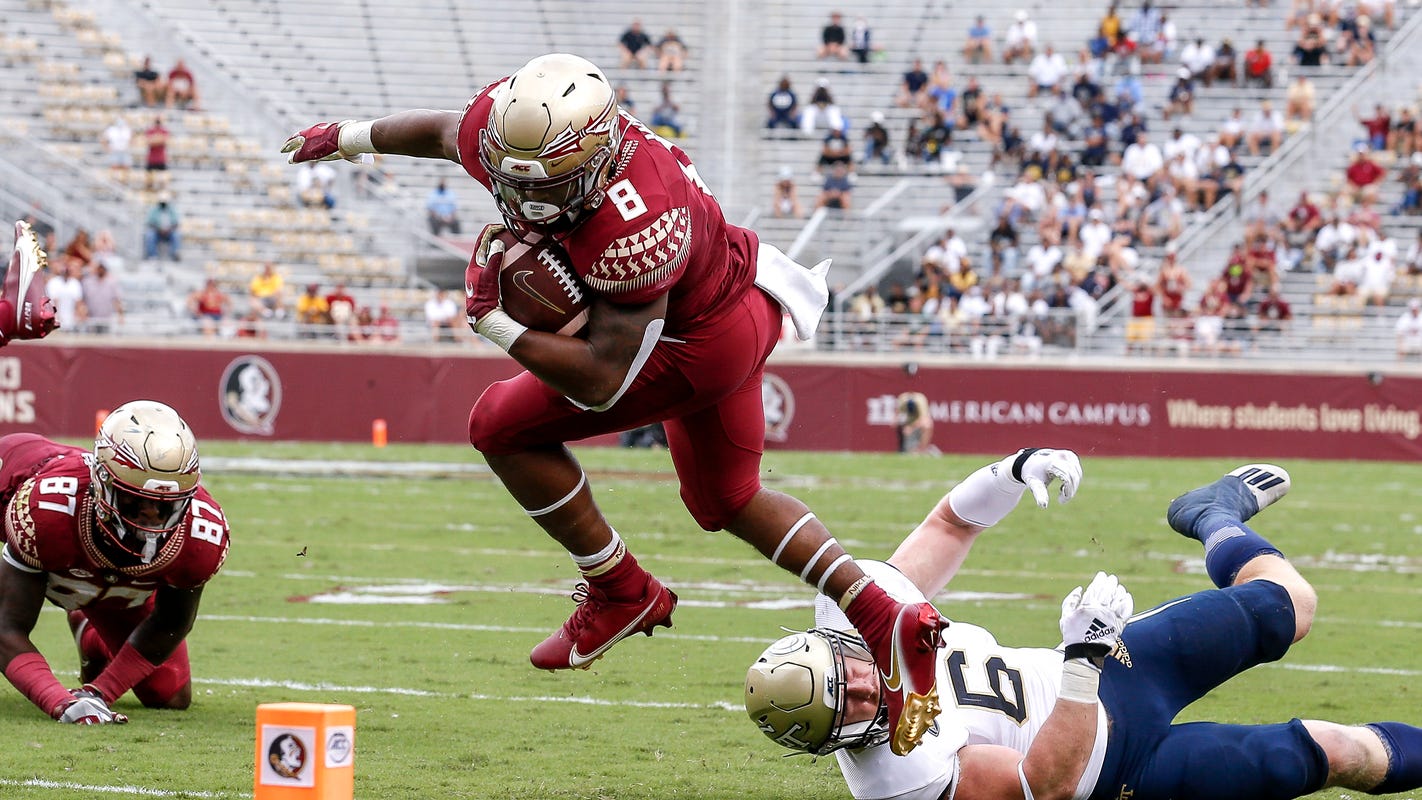 College football Week 2: What we learned

A look at what we learned from all the action in Week 2.

We’ve seen this Florida State before

It appears the Seminoles have not yet reached the bottom as their downfall from an elite program to afterthought continues.

The hiring of coach Mike Norvell from Memphis brought optimism after the final year under Jimbo Fisher and two seasons with Willie Taggart produced 19 wins in 39 games.

You wouldn’t have noticed any change from watching the team’s performance against Georgia Tech as Florida State again failed to play consistent football for 60 minutes. The result was a fourth consecutive loss in a season opener, with the past three coming at home. 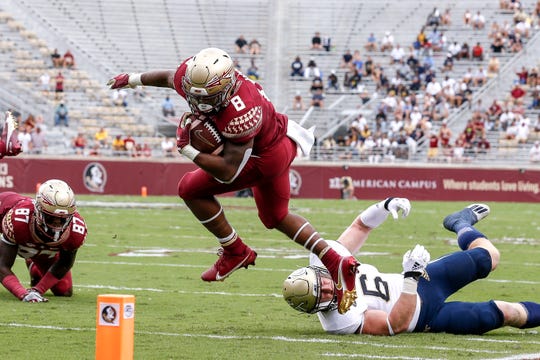 Florida State jumped out to a 10-0 lead and blew opportunities to add to its advantage by dropping a pick six and a touchdown pass in the first half. That allowed Georgia Tech to hang around. When the enthusiasm of the fast start waned and the Yellow Jackets punched back, the Seminoles wilted.

Three turnovers, a failure to establish a running game and key penalties all contributed to the meltdown.

That Georgia Tech started true freshman quarterback Jeff Sims and FSU had fourth-year junior James Blackman behind center mattered little. Sims was the better player after a shaky start. The Yellow Jackets slowly took control of the game, eventually pulling ahead 16-13 midway through the fourth quarter.

WINNERS AND LOSERS: Highs and lows from Week 2 in college football

The best opportunity for Florida State came on the ensuing drive. With Norvell eschewing a 50-yard field goal attempt, a false start penalty on fourth-and-3 pushed them back five yards. Blackman was forced to scramble on the next play and fumbled before reaching the first down marker. It was a microcosm of all the frustrations that have plagued the program.

For standouts Marvin Wilson and Tamorrion Terry, who both returned to school after contemplating the NFL draft, the promise of being part of the program’s turnaround looks bleak. It’s hard to see a turnaround happening, portending a long season in Tallahassee.

Oklahoma’s offense off to fast start

OK, it was Missouri State and more of a glorified scrimmage than true game. It’s still hard not to be impressed by the efficiency of the Oklahoma offense in freshman quarterback Spencer Rattler’s first start. 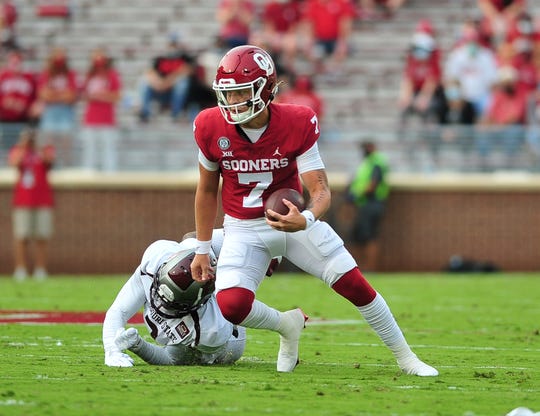 The first four drives resulted in touchdowns with three of the scores — two by Seth McGowan and one by Marvin Mims Jr. — delivered by true freshman. Rattler finished the first quarter 8-of-9 for 199 yards and three touchdowns. The lone incompletion was a drop in the end zone.

Rattler’s armed talent has been heralded, however, seeing his precision on display in live action was impressive. The prospect of the Sooners being able to throw the ball down the field more could make them more explosive than when Jalen Hurts was more likely to run the ball than get the ball to the team’s talented receivers. Not a pleasant thought for those who believe they might take a step back with a new quarterback.

🚀 @SpencerRattler airs it out for the 58 yard TD to true freshman @marvindmims!

Pump the brakes on North Carolina

For one drive, it seemed like all the preseason expectations for North Carolina were warranted. The No. 19 Tar Heels marched down the field against Syracuse with the game’s first possession and scored on the first of what’s expected to be many touchdown passes thrown by sophomore quarterback Sam Howell.

Whether UNC relaxed or the offseason hype was premature, what followed was uneven play on offense, including two interceptions by Howell, that kept the Orange in the game late into the third quarter.

The Tar Heels eventually pulled away after wearing down an offensively challenged opponent, but this was a case of the final score not matching the performance. Charlotte’s up next before a trip to Boston College. There’s a lot for Mack Brown to correct, which might be the best way to bring his team back to earth and realize that games aren’t going to be easy because it is ranked in the Top 25.

LATE SURGE: After early struggles, No. 19 North Carolina gets past Syracuse

Matt Campbell is considered one of the rising coaches in college football with him being mentioned for bigger college jobs and also drawing attention from NFL teams. And what he has done at Iowa State during his five seasons is remarkable when you consider the past two seasons are the only two that the Cyclones have been ranked in the preseason Amway Coaches Poll.

The Saturday loss to Louisiana-Lafayette, unfortunately, followed a familiar theme. The Cyclones are now 5-11 in games played in September under Campbell. Not included is an Aug. 31 win against Northern Iowa that came in double overtime last year. The good news off this defeat is that Campbell has been here before and knows how to turn things around.

Week 1 always sees some good and bad from the third phase of the game as practicing full speed against an opponent can’t be mimicked. The impact of COVID-19 made preparations more difficult.

Louisiana-Lafayette’s upset win was driven by two returns for touchdowns – one kickoff and one punt. Before the Rajin’ Cajuns took charge, they missed two short field goals that would have significantly helped their upset efforts.

Florida State blocked two Georgia Tech field goals in the first half and an extra point in the second half, though it still wasn’t enough to beat the Yellow Jackets.

Arkansas State missed one field goal and Kansas State missed two in their game that ended with an upset win by the Red Wolves. Syracuse also missed a short one early against North Carolina. The Tar Heels had a punt return for a touchdown called back for an illegal block. 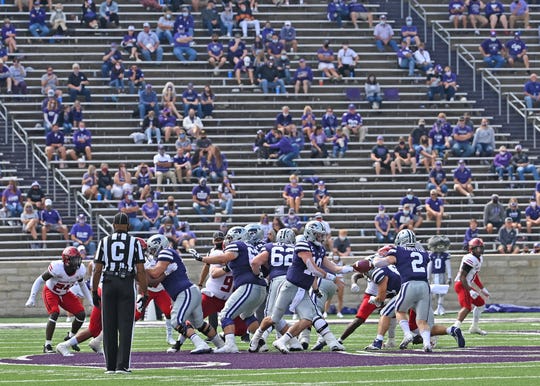 Yet, the ultimate highs and lows of special teams play was experienced by Texas State. Jeremiah Haydel returned a punt 91 yards for a score with just more than one minute to play. The ensuing extra point that would have given the Bobcats the lead was pulled wide right. Texas-San Antonio went on to win in double overtime.

These are the kind of miscues that get ironed out as the season goes on, but they had a big impact on Week 2.

Sun Belt is going to be fun

The upsets by Arkansas State and Louisiana-Lafayette illustrate how good the Sun Belt is going to be this year. Add in Appalachian State and a potential rebound season from Troy and the conference has the makings of an impressive top tier than can come close to matching other Group of Five conferences.

For the Rajin’ Cajuns and Mountaineers, a run through conference play unscathed would put either in the mix for the New Year’s Six with the winner of the American Athletic.

Fans, or lack thereof, can make a difference

Whether stadiums are empty or have limited attendance, there’s an advantage for teams on the road with the absence of significant crowd noise that can disrupt offenses and bring energy for the home team.

Kansas State and Florida State only had 25 percent capacity in their stadiums. Iowa State had no fans. Was that a factor as those teams were trying to rally in the fourth quarter? You have to think each of the double-digit favorites would have benefited from the 12th man.