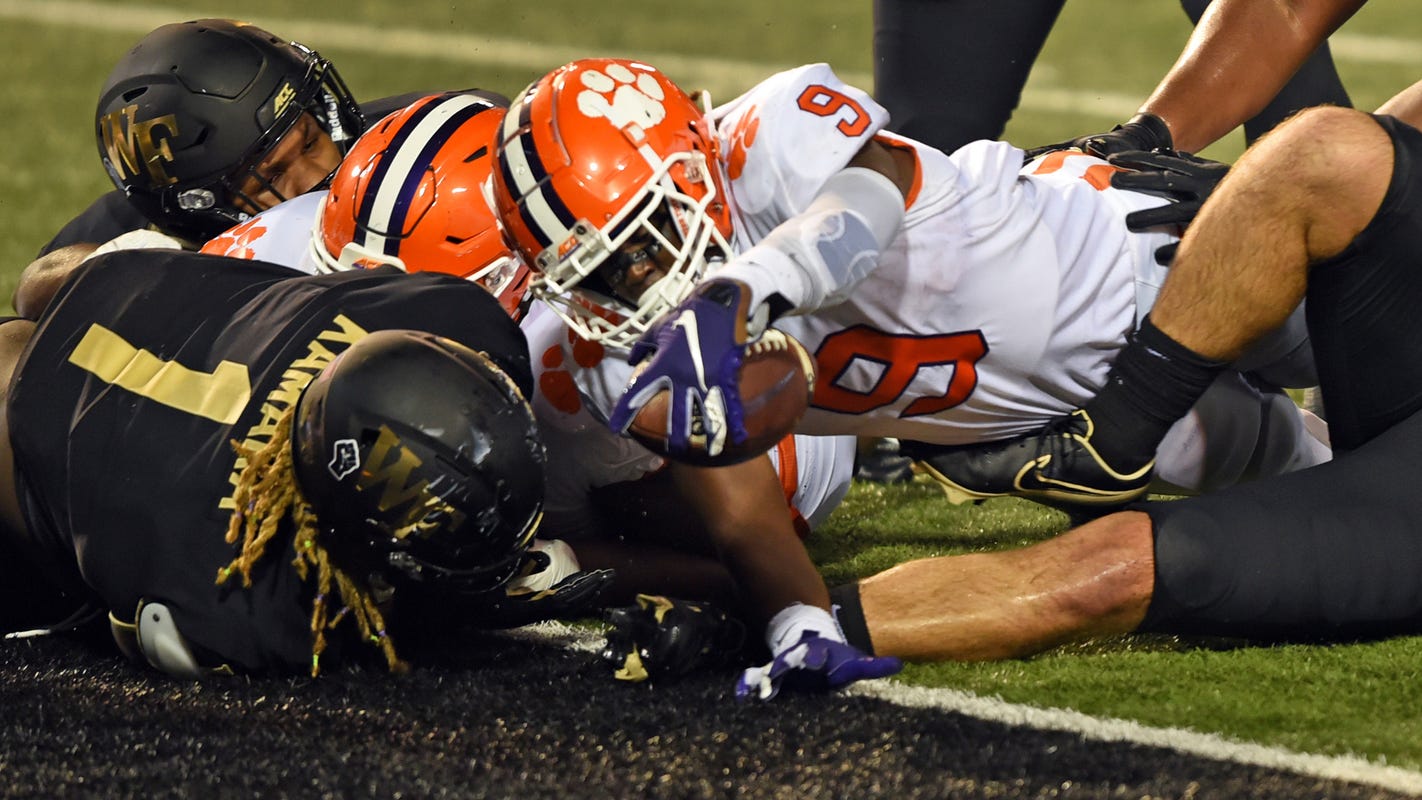 Wake Forest struggles with Clemson, but so does everyone else in the ACC. It’s only that these struggles are more profound: Across the past three meetings, Clemson has nine touchdown passes to the Demon Deacons’ 16 points.

As impressive as it was predictable, Clemson moved seamlessly into its latest push for the College Football Playoff with Saturday night’s 37-13 road win.

While tougher tests are still to come, including a matchup against Notre Dame in early November that might be the game of the year in the Bowl Subdivision, the ease with which the Tigers’ starters dominated the Demon Deacons strongly suggests that Clemson remains the class of the ACC and a safe bet to reach the national semifinals even as the roster introduces several new contributors into key roles.

There are certain known quantities. One is quarterback Trevor Lawrence, who said earlier Saturday that he is planning to make 2020 his final college season. He finished with 22 completions in 28 attempts for 251 yards and three touchdowns, two coming on the ground. Another is running back Travis Etienne, who finished with 149 yards of total offense. There’s no better tandem in college football.

ANALYSIS: What we learned from Week 2 of the college football season

One year after a sluggish start to the regular season placed Lawrence’s development under a spotlight, the junior was nearly flawless before being replaced in the second half by true freshman DJ Uiagalelei, another former five-star prospect.

Defensively, the Tigers introduced freshmen Bryce Breese and Myles Murphy along the defensive line, with both newcomers posting a sack in their college debuts. Physically ready to play meaningful snaps, the two rookies join a defense that has ranked among the best nationally since Brent Venables was hired as coordinator in 2012.

With Lawrence and Etienne entrenched as candidates for postseason hardware, the surrounding pieces on offense represented the unknown. Clemson returned just one starter on the offensive line. The receiver corps lost Tee Higgins to the NFL and his replacement as Lawrence’s favorite target, Justyn Ross, to a career-threatening neck injury.

While the Demon Deacons’ lone touchdown came against Clemson backups deep into the fourth quarter, the Tigers gave up 327 yards of total offense, 293 coming through the air, and failed to force a turnover.

The small-time quibbles with Clemson’s performance illustrate the difficulty in finding early missteps. And even if these flaws exist — and they’re only obvious compared to the situation at quarterback and running back, for example — is there a team capable of exploiting any issues on the regular-season schedule?

Maybe it’s Notre Dame, though the Irish were uneven in Saturday’s 27-13 win against Duke. It might be Miami, which impressed in Thursday night’s win against Alabama-Birmingham. Should North Carolina advance, the Tar Heels’ offense could give Clemson a challenge in the conference championship game.

But the largest threats come from outside the conference: Alabama, Oklahoma, Georgia and Florida, among the elite few teams with realistic playoff goals. With more than three months until the start of the postseason, Clemson already looks up to the challenge.