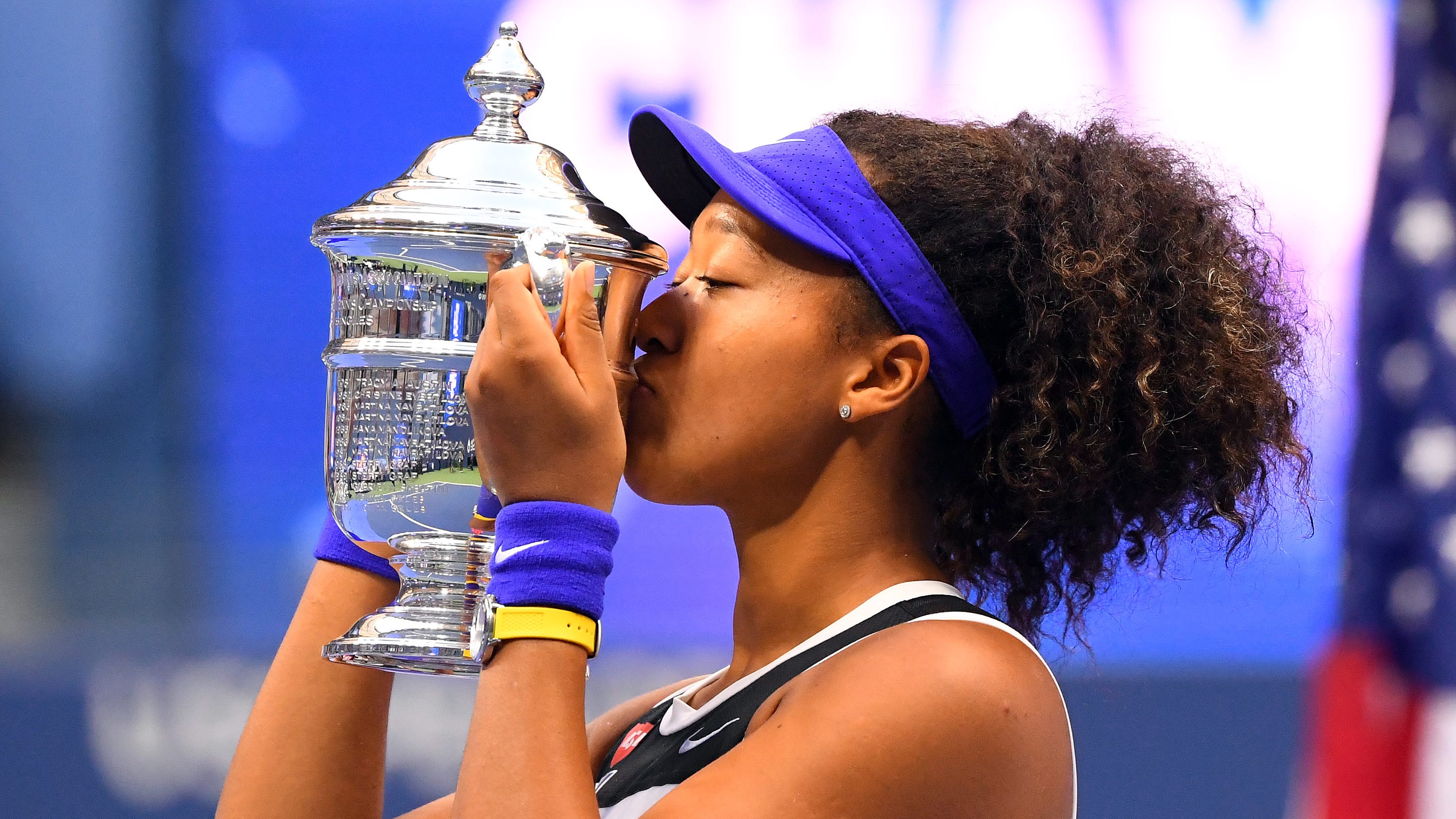 Naomi Osaka didn’t wear her heart on her sleeve, she wore it on her masks

NEW YORK — Before she even struck a ball at the U.S. Open, Naomi Osaka wore her heart on her face. She wanted the world to see it, even if there were no fans here to see it. It was right there on her mask, a required piece of equipment for everybody inside the modified bubble that the 2020 U.S. Open was contested in.

Twelve days ago, Osaka came on court for her first-round match with the name Breonna Taylor, an EMT from Louisville who was shot by police as they entered her apartment on a no-knock warrant, on her mask. She said she had six more masks and wanted to make the finals so she could wear all seven. She accomplished her mission.

For Saturday’s final against Victoria Azarenka, Osaka remembered Tamir Rice, a 12-year-old from Cleveland who was shot by police in a park almost six years ago. Then she had her worst set of the tournament, spraying balls, serving poorly and getting chased all over Queens by the 31-year-old Azarenka, a former world No. 1 and two-time major champion whose charge back to the top of the sport has been one of the best stories of 2020, a year that has not brought much of any good news.

What was she thinking?

“I just thought this would be very embarrassing to lose this in under an hour,” Osaka said.

She is a 22-year-old of Haitian and Japanese descent, a woman with big hair and a bigger game. She is also now a three-time Grand Slam champion after she won her second Open title, edging Azarenka, 1-6, 6-3, 6-3. It was a match that showcased two champions with a surplus of guts – one that produced careening emotions, crazy momentum swings and ultimately two sets of sensational tennis by a woman whose masks and social consciousness have made her the face of the tournament, if not the entire sport.

OPINION:  Osaka approaching icon status – with her racket and voice

Azarenka was nearly as good, two titans of women’s tennis producing throbbing suspense that didn’t require fans to be sustained.

Osaka and Azarenka were supposed to play the final of the Western & Southern Open two weeks ago, inside the same Flushing Meadows bubble they still found themselves in Saturday. It never came about because Osaka had a cranky hamstring and wanted to make sure she was healthy for the Open. They finally got it on on a breezy afternoon with a hint of autumn in the air. It was worth the wait.

After the first-set debacle was done, Osaka did to Azarenka what the 31-year-old Azarenka did to Serena Williams in her semifinal victory Thursday night. Azarenka was a virtual no-show in her first set against Williams, and then morphed into a ball-striking machine, wrecking Williams’ shot at winning her 24th major title. Osaka likewise was a no-show, but she pushed on, trying to get herself going, bouncing up and down and slapping her heavily wrapped left thigh with her fist.

After getting broken for the fourth time to fall behind 0-2 in the second, Osaka needed an immediate reset. She broke back for 2-1, held with an ace, and broke Azarenka again to go up 4-3. After holding for 5-3 with a backhand winner down the line, Osaka closed the set with one more break, prevailing in a five-deuce miniseries with the help of two world-class forehands, one a return and one off the ground.

Osaka appeared to be in commanding position when she broke Azarenka with a monstrous backhand for a 3-1 lead in the third, then fought off three break points at 0-40 in the fifth game, but then Azarenka showed off her own huge survival skills, fending off four break points before holding with an ace for 4-2. She followed that up with an epic break, smacking two forehand winners on the line along the way.

When Osaka steered a backhand wide moments later, Azarenka was level, the match on serve, the title coming down to a winner here, and error there, as Wim Fisette, Osaka’s coach (and formerly Azarenka’s coach) had predicted a a day earlier.

“I’m sure it’s going to be a huge battle out there,” Fisette said.

He could not have been more right, each player taking turns belting nerveless winners, finding lines, meeting the moment, Osaka better by the width of a tennis string.

The victory earned Osaka a handsome silver cup and a $3 million check, but listening to her you got the feeling it meant more to her to be able to wear all seven masks, to continue her crusade of awareness about racial inequality and police brutality. Before the Western & Southern semifinals, days after the death of Jacob Blake in Wisconsin, Osaka said she would not play. The rest of the tennis world followed her lead and shut down. She has an almost girlish voice, a disarming sweetness you don’t quite expect from the planet’s wealthiest female athlete. She is reticent by nature, but she said she could not keep quiet with what she saw happening in her adopted country.

So Osaka spoke out. She led with her heart. She wore it on her face for the seventh time in 12 days Saturday, the masks her private power source, the heart lifting her on her journey, with a racket and without.

“I felt like everything I was doing off the court was sort of on the court, too,” Osaka said. “It made me stronger because I had more of a desire to win.”