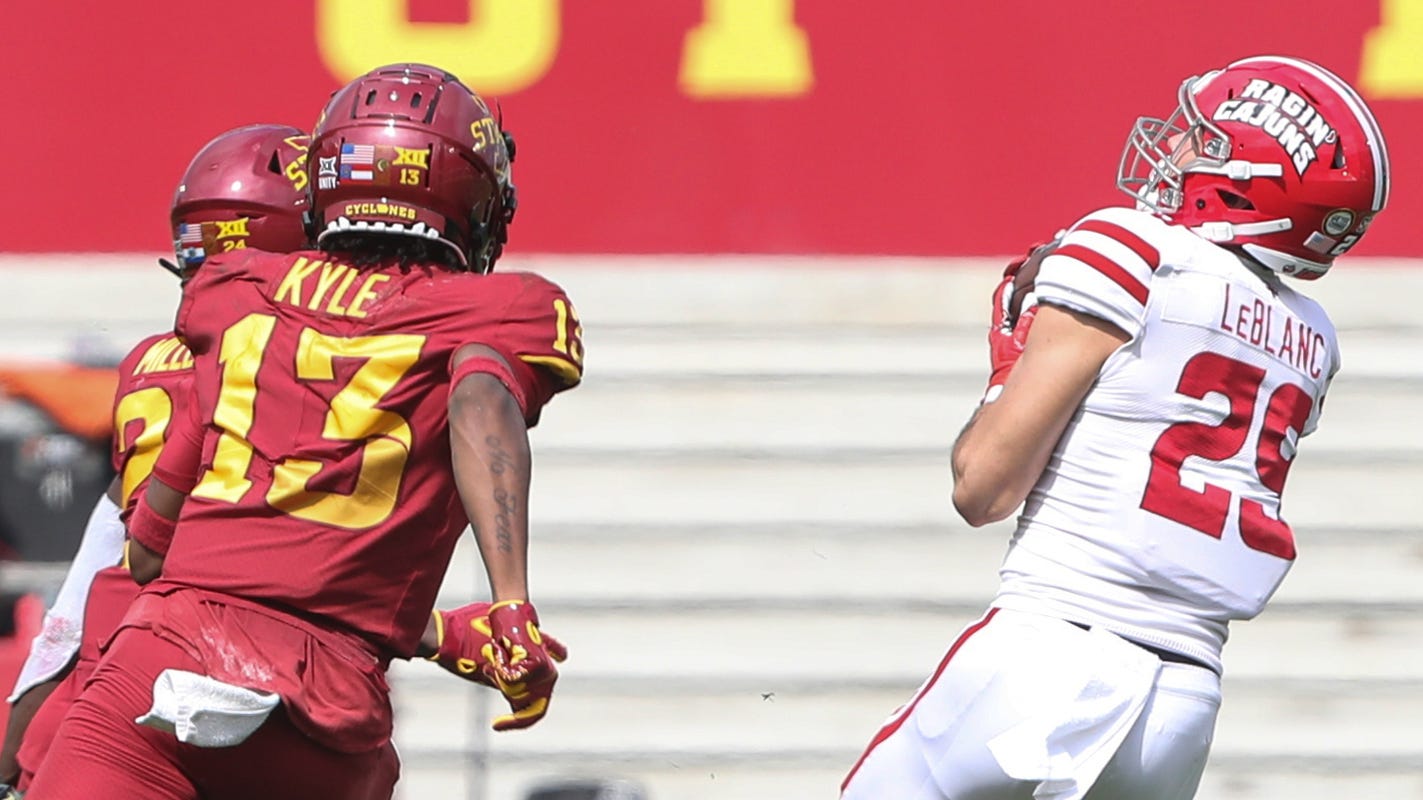 The Sun Belt, which began sponsoring football in 2001, has won eight times against 70 losses in games against Big 12 competition. A quarter of those wins came on Saturday afternoon.

This is the debut no one could’ve predicted for the Big 12, which harbored somewhat realistic hopes of placing multiple teams in the College Football Playoff hunt during a season currently lacking the Pac-12 and Big Ten.

No. 25 Iowa State lost to Louisiana-Lafayette. Kansas State lost to Arkansas State. While both are talented teams from the Group of Five — we’ll touch on both below — this sort of start for the Big 12 is an utter disaster, dealing a real blow to the league’s national credibility.

That won’t stop No. 6 Oklahoma, for example, from once again winning the conference championship and finding a spot in the national semifinals. (Maybe the same could be said for No. 14 Texas, though the Longhorns haven’t earned the benefit of the doubt.)

What this sort of start does, however, is eliminate some of the Sooners’ margin for error — the Big 12 as a conference won’t be afforded the same level of respect among members of the playoff selection committee as the ACC and SEC. With just one non-conference game on the schedule, these losses might prevent the Cyclones and Wildcats from reaching bowl eligibility, in turn impacting the overall strength of schedule for teams such as the Sooners and Longhorns.

Let’s be clear: There is very good football played in the Sun Belt. Getting two wins in one day against the Big 12 should help shine a spotlight on teams outside of Appalachian State, the current king of the conference and one of the top teams in the Group of Five. While not at the standard set by the American, which is annually the Group of Five leader in the New Year’s Six bowl race, Saturday’s wins are validation for Arkansas State, Louisiana and the conference as a whole.

The Ragin’ Cajuns are headed for the Top 25 after Saturday’s 31-14 win at Iowa State, though they probably should’ve been there already. But a spot in the Amway Coaches Poll is a major milestone for the program and the latest sign that third-year coach Billy Napier is destined to land on the short list for several Power Five openings, should schools decide to make a coaching change amid this environment.

While the Red Wolves are an annual lock for the postseason, the program had only notched one victory against Power Five competition: an 18-14 win against Texas A&M in 2008. Perhaps the most impressive parts of Saturday’s win at Kansas State? The ASU defense held the Wildcats to just 91 yards on the ground and allowed the Wildcats to convert just one of 11 tries on third down.

The Mountaineers’ 56-10 win against Eastern Kentucky qualifies as the Big 12’s best win of Saturday afternoon. It was also the only win. (This is where we mention that in-state rival Marshall beat EKU 59-0 last weekend.)

The Black Knights have been ready to go from the start. After a spotty and fairly disappointing 2019, Army has opened with a 42-0 win against Middle Tennessee State and Saturday’s 27-7 win against Louisiana-Monroe. Last year’s downturn seems like a temporary dip rather than a sign of things to come.

This is a bad setback for ISU and a troubling signal for a team predicted to make a home in the Top 25 and finish among the top group in the Big 12. Is Louisiana that good? The Cyclones have to hope so. If that’s the case, a turnaround may come once the team gets into the conference schedule. And turning things around during Big 12 play wouldn’t necessarily be new for ISU, which tends to play better in October and November than in September.

Yeah, the first three quarters of the 31-6 win against Syracuse were ugly. The fourth quarter, which saw No. 19 North Carolina score three touchdowns, showed why the Tar Heels have been trendy since ending last season with a win against Temple in the Military Bowl. Is that enough? It was for Syracuse, but the same sort of sluggishness would put UNC in danger against teams such as Virginia Tech and Miami, let alone Notre Dame and Clemson.