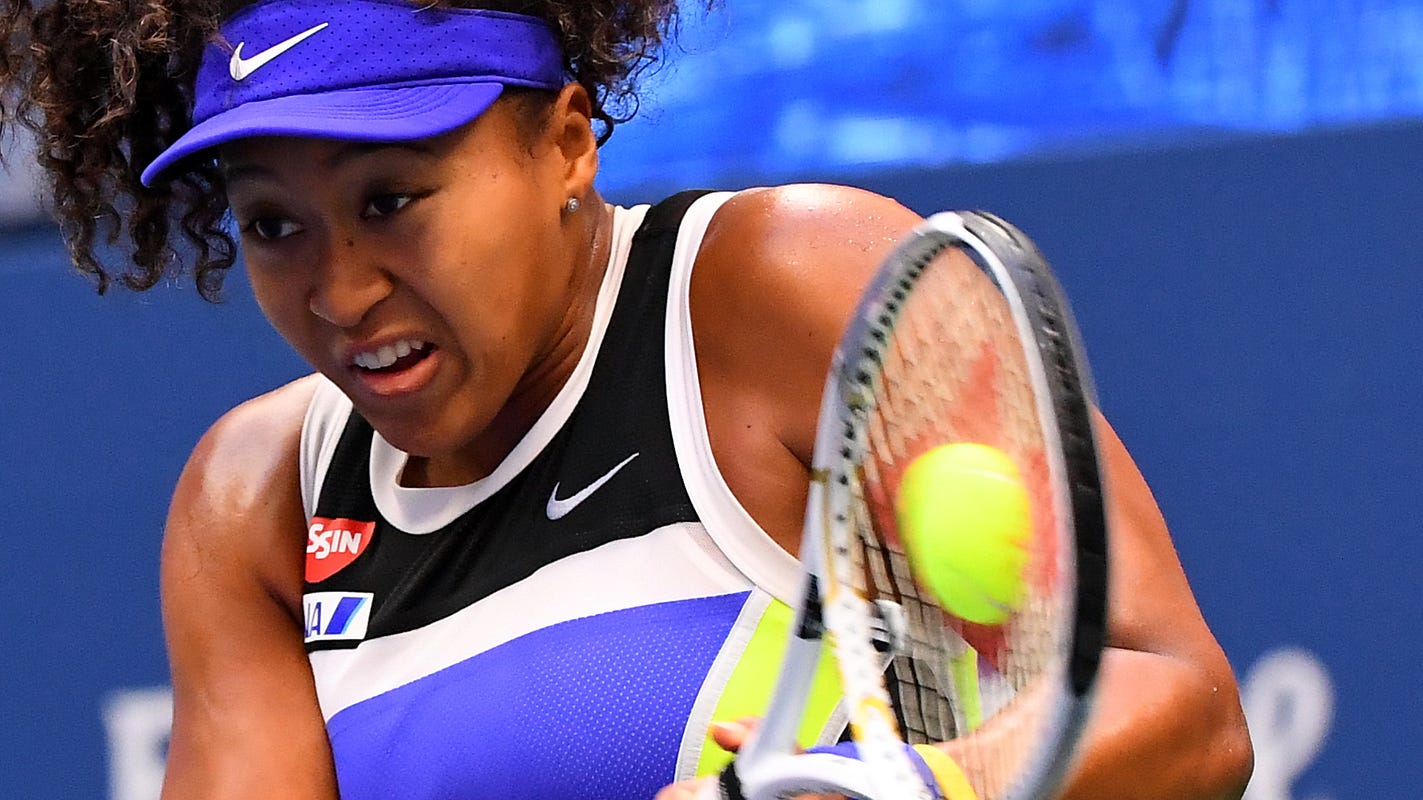 NEW YORK —  Naomi Osaka and Victoria Azarenka had an appointment in the final of the Western & Southern Open late last month, inside the same Flushing Meadows bubble they still found themselves in on Saturday. It never came about because Osaka had a cranky hamstring and wanted to make sure she was healthy for the U.S. Open.

Two weeks passed and on a cool breezy afternoon in Arthur Ashe Stadium, Osaka and Azarenka had another appointment, with a much bigger prize – a Grand Slam title – at stake. This time Osaka showed up – if a set late – and the result was a throbbing, three-set drama between a pair of Grand Slam champions, a 22-year-old Japanese in one corner, a 31-year-old Belarusian mother in the other

The ninth-ranked Osaka, the 2018 Open champion, prevailed, 1-6, 6-3, 6-3, but not without careening emotions, crazy momentum swings and ultimately two sets of sensational tennis by a woman whose masks and social consciousness have made her the face of the tournament, if not the entire sport.

Recovering for a nightmarish first set in which she had 13 unforced errors, Osaka did to Azarenka what Azarenka did to Serena Williams in her semifinal victory. Azarenka was a virtual no-show in the first against Williams, and then was nothing short of brilliant in wrecking Williams’ shot at winning her 24th major title. Osaka likewise was a no-show in the opening set, but she pushed on, trying to get herself going, bouncing up and down and slapping her heavily wrapped left thigh with her fist.

After breaking Azarenka to seize the second set, Osaka a appeared to be in commanding position when she broke Azarenka with a monstrous backhand for a 3-1 lead in the third. Azarenka, a two-time major champion who was in her first final in seven years, had three chances to break back at 0-40 in the next game, but Osaka fought back to deuce and had her biggest hold of the match when Azarenka hit a forehand long.

OPINION: Osaka approaching icon status – with her racket and voice

OPINION: Serena went for it in loss to Azarenka, and that in itself is a win

ANALYSIS: Why this Open was Serena’s last, best chance for Slam No. 24

One game later, in a 1-4 hole, Azarenka demonstrated world-class survival skills, fending off four break points before holding with an ace for 4-2, and followed that up with an epic break to get back on serve, smacking two forehand winners on the line to get to deuce. When Osaka steered a backhand wide moments later, Azarenka had closed to within 4-3. After all of that work, Azarenka had to fight off a massive sense of let down when Osaka broke her for 5-3, before serving it out and claiming her third Slam title, and her second in New York.

Osaka’s coach, Wim Fisette, was her not-so-secret weapon in the final, having formerly coached Azarenka.

“I guess it’s for sure an advantage,” Fisette said a few days before. “It’s always good to know the opponent really well. A few key points are going to make the decision . . . Maybe an ace at the right moment or a double-fault at the wrong moment can decide this match. I feel it’s a very close match with the two players who have been playing the best tennis the past three weeks. I’m sure it’s going to be a huge battle out there.”

The battle actually was thoroughly one-sided throughout the first set, game, Azarenka pounding winners and finding angles and completely dominating play. She broke Osaka to start the match, held at love for 2-0 and spanked a stunning forehand down the line winner to get to 3-1. She broke Osaka again in the fifth game to go up 4-1, Osaka driving a forehand long at 30-40. Things got no better in her final service game of the set, Azarenka drilling another crackling backhand down the line to complete a set that was a work of art for one player and a debacle for the other.

Osaka needed to re-center herself in a hurry, and she did, breaking Azarenka for the first time to make it 1-1. She followed with a strong hold, punctuating it with an ace up the middle for 2-1. Suddenly Osaka was a different player, hitting with more conviction, cleaning up the misses that led to all those unforced errors in the opening set. After holding for 3-3, Osaka broke Azarenka at 15 in the seventh game to take her first lead of the match 4-3 and extended the lead to 5-3 with a backhand winner down the line on game point.

Azarenka, clearly rattled by the turnabout, was up 40-15 in the critical ninth game, but missed with a pair of backhands. The game went to five deuces, Osaka raising her game seemingly with every point, and she socked a forehand winner on her second set point to square the match at one set apiece.