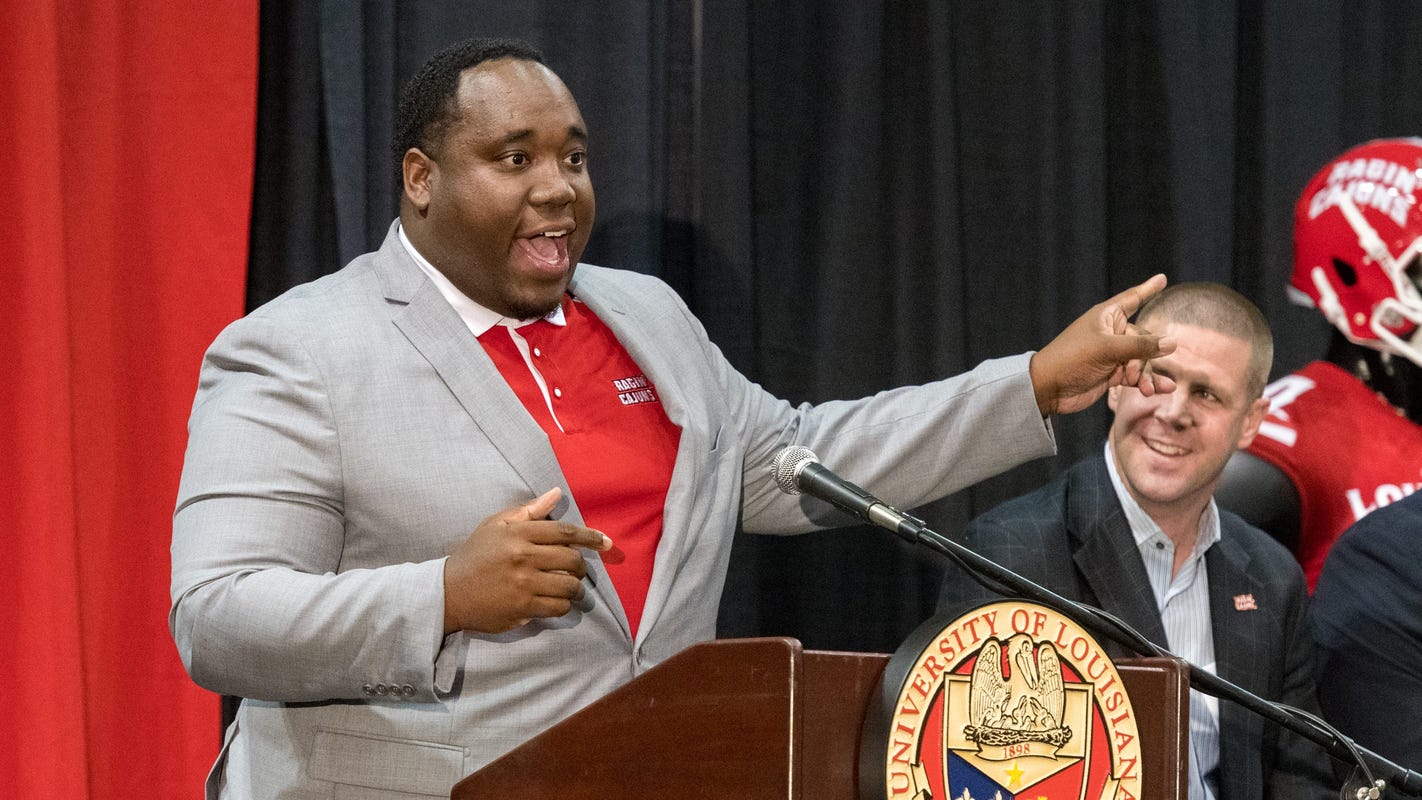 As the Louisiana Ragin’ Cajuns traveled to open their 2020 season at Iowa State on Saturday, they did so with a sense of sadness that won’t go away anytime soon.

The case perhaps was the same even after returning home from Ames, Iowa, with a 31-14 upset win, their first ever on the road against a nationally ranked opponent.

The Cajuns were without defensive line assistant coach D.J. Looney, who died Aug. 1 of a heart attack that happened that morning during a mini-camp team workout at Cajun Field.

“I can’t help but think my man D.J. is up there smiling right now,” Louisiana head coach Billy Napier said in a Zoom conference from Ames shortly after the victory.

The 31-year-old Looney, a full-time Louisiana assistant and one of its top recruiters, passed less than a week before the start of preseason camp.

On the first Saturday of camp, Looney was laid to rest in his hometown area of Birmingham, Alabama, where on Oct. 23 the Cajuns will play UAB.

“It was tough,” starting center Shane Vallot said of the passing.

“But just being by each other, being by our teammates, being up here (at the Cajuns’ football facility), being with the o-line – it’s getting us through this right now.”

The Cajuns are dedicating their season – including Saturday’s win over the No. 25 Cyclones – to Looney, a former Mississippi State offensive lineman and ex-Bulldogs tight ends coach who was heading into third season on Napier’s UL staff.

Looney also was an assistant coach from 2014-15 at Central Arkansas, which visits UL in November.

“We feel like this whole season is for Coach Looney,” Cajuns safety Percy Butler said. “We’re really trying to do big things and not lose a game at all just for him, because I know he’s going to be smiling down if he sees us that.”

COLLEGE FOOTBALL:Five questions that will be answered in Week 2

MORE:Bold predictions for Week 2 of the college football season

For many, the memories of Looney are all about smiles.

“I will miss the smile and I will remember the laughs,” ex-UL defensive coordinator Ron Roberts, now the DC at Baylor, tweeted after Looney’s death. “What a tremendous friend.”

Sixth-year Cajuns offensive lineman Cole Prudhomme said “being there for each other” is all UL’s offensive line could do as a unit to deal with the tragedy.

That and community support helped the entire team.

“The way we came together, and supported each other, was truly incredible,” Prudhomme said.

In the immediate aftermath of his death, Cajun players and others who knew Looney shared an outpouring of grief via social media.

“Love you coach! Always found a way to make any of us laugh or smile even on our bad days,” receiver Devon Pauley tweeted. “You were a great coach and an even better person. … (R)est easy coach.”

“Appreciate all the knowledge you installed in me with coaching and playing,” offensive guard Ken Marks tweeted. “(L)ife is not fair, but God makes no mistakes. I love you loon dawg RIP”

UL assistant football coach D.J. Looney runs drills with his players before the Ragin’ Cajuns take on the Texas Southern Tigers at Cajun Field on September 14, 2019. (Photo: James Mays/Special to the Advertiser)

Kerry Maggard, the wife of UL athletic director Bryan Maggard, tweeted that “This special guy ALWAYS made me feel so welcome and loved” and that Looney had “the best smile and the best BEST hugs.”

“To put in perspective: we had a cake for every coach’s (birthday), but DJ was the ONLY coach where we brought the cake down to practice and had the WHOLE team sing!” tweeted Katie Turner, an ex-UL recruiting staffer who now is Georgia’s director of recruiting relations. “That’s the kind of guy he was – soooo special!!! Gonna miss you more than I can explain.”

Ex-UL basketball player Jonathan Stove tweeted that Looney “(w)ould always talk to me as if I was part of his team.”

“He had such a great spirit that was infectious to everyone that came in contact with him,” Louisiana Tech running backs coach Brock Hays tweeted.

Doug Samuels, content manager for the Football Scoop coaching-news website, tweeted that Looney was “considered by many to be a rising star in the coaching profession.”

“Met Coach Looney years ago when he was a graduate assistant at Georgia and knew he was going to do great things in the coaching profession,” Senior Bowl executive director Jim Nagy tweeted.

“This one hurts. The entire institution of football just took a hit. This guy loved his players and the game,” tweeted Oregon strength and conditioning coordinator Aaron Feld, who spent time with Looney at Georgia. “He was the unofficial mayor of every room he was ever in and we loved him for it. Rest easy Governor Looney.”

“Lord knows this hurts us all and forever will you be in my heart. Only God knows!” Cajuns offensive lineman AJ Gillie tweeted. “All I can do now is take your words and put them into action and be the best version of myself every day as you would tell us.”

Robert Hunt, a UL senior offensive lineman last season, was selected by the Miami Dolphins in the 2020 NFL Draft.

“I love you (L)ooney. (T)his one hurt. THANK YOU for all that you’ve done for me!” Hunt tweeted. “You kept a smile on my face man. (W)e joked during meetings and practice! You will be missed my man love ya coach!”

Mississippi State athletic director John Cohen said in a statement that Looney “had such a positive personality, attitude and always a smile on his face.”

“DJ, You brought so much joy to everyone you knew. Our time together at (Mississippi State) was special and you were always the light in the room,” Caralla tweeted. “Everyone feels the same that knew you, they loved you man. God BIess.”

“This hurts to the core man. My best friend, father figure, mentor. Not enough words to describe the impact this man has had on my life,” Coley tweeted. “You were the first coach to believe in me and offer me. … I’ll prove you right big dawg.”

After Looney passed, teams reached out to help the Cajuns cope as well. Some sent gifts of remembrance. Fellow Sun Belt Conference member Georgia Southern was one. Army, which sent a team ball, was another.

“The world lost a great man … DJ Looney was one of the all time best, funniest, caring and uplifting,” South Alabama head coach Steve Campbell tweeted. “He will be missed!”