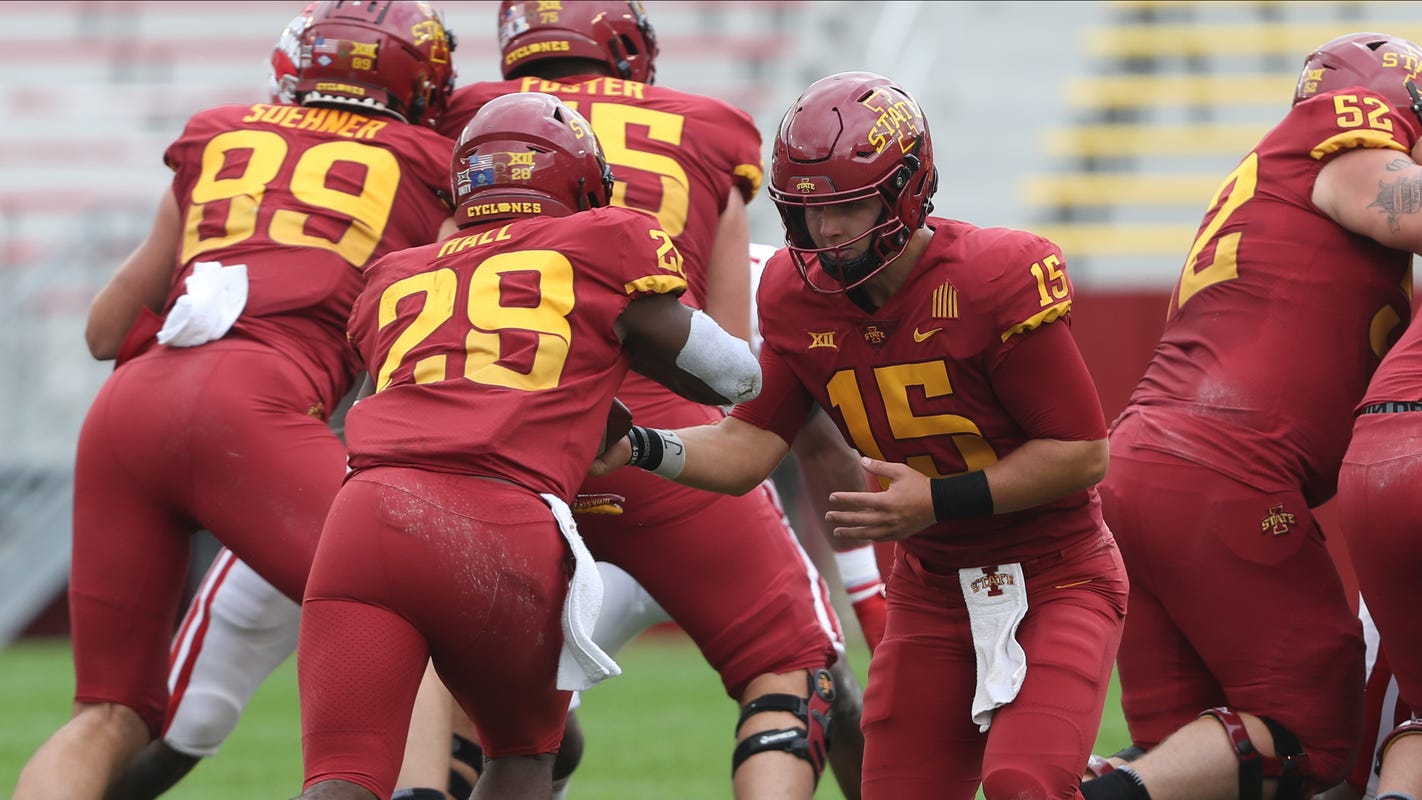 The preseason Amway Coaches Poll is out. USA TODAY’s Paul Myerberg breaks down the biggest college football story lines from the top 25.

AMES, Iowa — Overrated? Well, you can certainly say that for now, if you want.

Iowa State, ranked 25th for now but not for long, played poorly from start to finish during Saturday’s 31-14 loss against Louisiana at Jack Trice Stadium.

Quarterback Brock Purdy wasn’t good. The offensive line was worse. The Cyclones’ defense was the best unit on the field, but even that wasn’t exactly what anyone would call solid.

And those special teams?

Insert a crazy, head-shaking emoji here. That aspect of the team has been something else for a while. And on Saturday, before family, cheerleaders and the band inside the stadium — it lived up to that unfortunate reputation.

In the first half, it was Louisiana’s Chris Smith outrunning everyone during a 95-yard kickoff return for a touchdown to die the game. In the second, it was Eric Garror doing it on an 83-yard punt return into the end zone to give the Ragin’ Cajuns a two-score game.

One long return is unacceptable on its own. But two in the same game just about cements an 0-1 record.

You’re saying there’s plenty of time to recover, like last season after starting 1-1? That might be true during some seasons. But this is 2020. Nothing’s usual, including college football schedules.

Iowa State is scheduled to play 10 games, but raise your hand if you think this regular season’s game total will add up to that number. That’s why being ready to play right from the start — regardless how crazy the offseason was — was important.

That’s been a trait of Campbell’s Iowa State teams, these bad September starts. After Saturday, the fifth-season coach now has a 6-11 September record. That doesn’t seem right, either.

How bad was this one, special teams aside?

Purdy entered the game having thrown 70 passes in a row without an interception, but that streak ended. He overthrew receivers. Receivers dropped passes. I can only recall once when he went deep, when he overthrew Landen Akers around the Louisiana 20-yard line in the third quarter.

That’s not usually Purdy, but on this occasion, it was.

And that topping-off-the-tank touchdown by Louisiana with 10 seconds left?

A fitting end to a horrible Iowa State football afternoon.