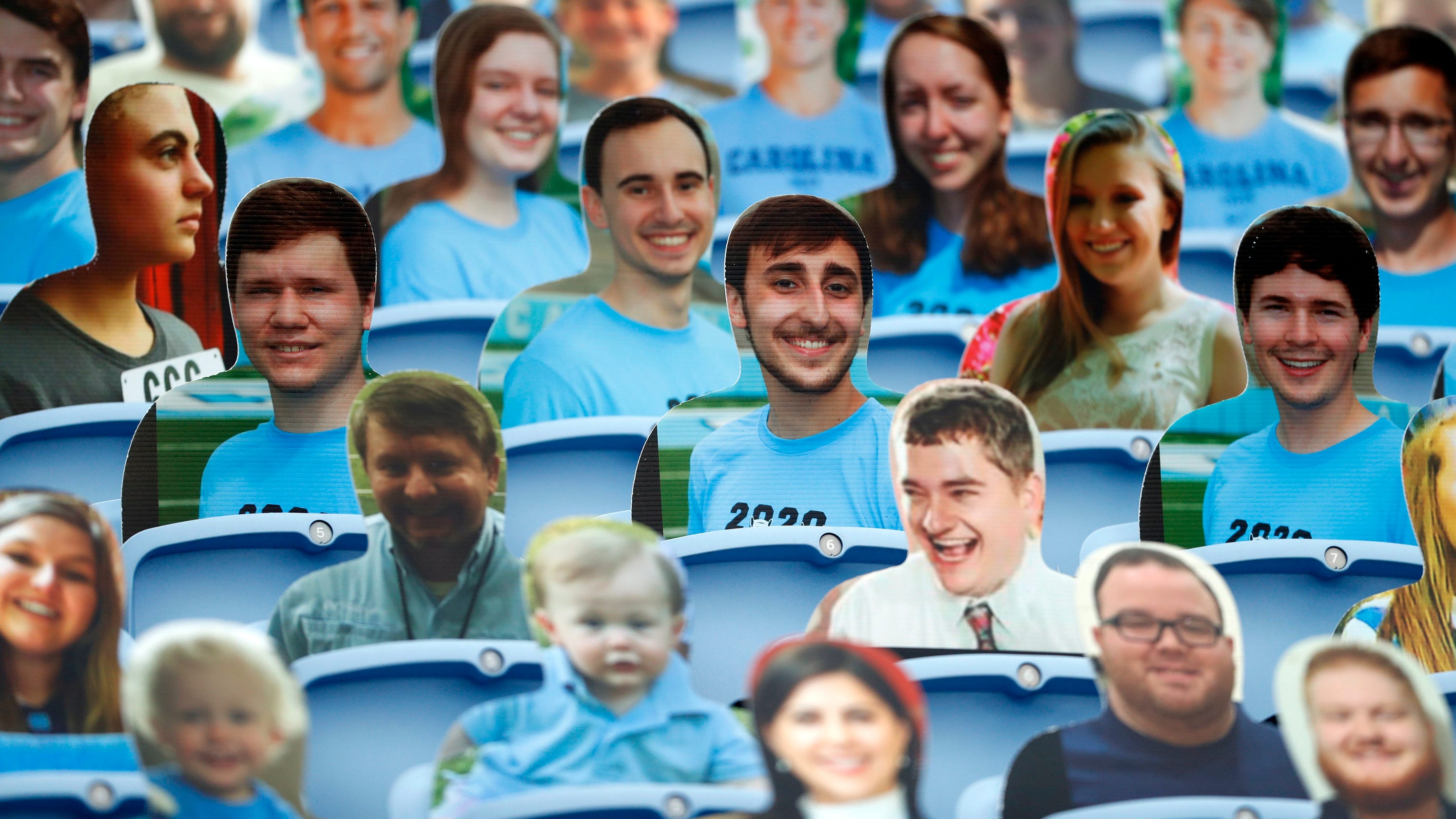 CHAPEL HILL, N.C. — After spending the offseason among the most hyped teams in the Bowl Subdivision, No. 19 North Carolina opened the 2020 season with a 31-6 win against Syracuse.

Winning seven games and the Military Bowl in coach Mack Brown’s debut made the Tar Heels a team to watch in the ACC and the chase for New Year’s Six bowls. Matching those expectations would give the ACC a third national contender, joining powerhouse Clemson and Notre Dame. (Long an independent program, the Irish will play as a member of the conference in 2020.)

Meanwhile, the hype around Syracuse has essentially evaporated after entering last season ranked No. 22 in the Amway Coaches Poll. On the heels of a four-win finish, the Orange began play projected to finish near the bottom of a deep conference.

Those original impressions might be slightly redrawn after the Tar Heels struggled for the first three quarters as a 23.5-point favorite.

The game was played without fans in attendance due to guidelines set by the North Carolina Department of Health and Human Services. The protocol is expected to remain in place through September.

Here are three observations from the Tar Heels’ win:

Most teams have struggled out of the gate after an uneven offseason. (More on this in a moment.) In that sense, the Tar Heels’ sluggishness against Syracuse shouldn’t come as a surprise.

Another factor to consider: UNC is still young, with more sophomores in Saturday’s starting lineup, eight, than seniors, seven. The Tar Heels’ centerpiece, quarterback Sam Howell, is only a sophomore.

There was still something disappointing about the team’s performance during the first three quarters as a heavy favorite against one of the weaker teams in an ACC loaded with teams projected to win between five and seven games during an abbreviated regular season.

The fourth was a different story: UNC scored 21 points in the final 15 minutes for a final score that belies how the Tar Heels wrestled with Syracuse. UNC would need to put together a more complete game against an opponent from the top half of the conference. 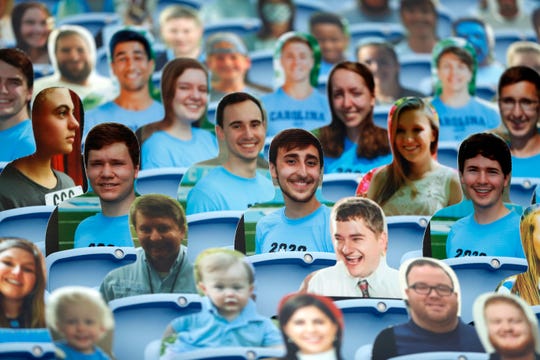 Cardboard fans fill a portion of the seats in Kenan Stadium during the Tar Heels’ victory. (Photo: Robert Willett, AP)

Howell’s national reputation mirrors that of UNC as a whole: After a fabulous first season, which saw him set a new FBS record for touchdown passes for a true freshman with 38, Howell is seen as one of the rising stars in college football and the heir apparent to Clemson’s Trevor Lawrence as the top passer in the ACC.

It’s clear that he’ll remain the focus of the UNC offense. Howell completed 25 of 34 attempts for 295 yards and a score with a pair of interceptions, the first leading to a Syracuse field goal. He had seven interceptions in 422 attempts as a freshman.

The early struggles as an offense can be attributed in some part to the play of the Syracuse defense, which for the first three quarters stymied UNC on third down and limited the Tar Heels’ normal explosiveness.

Howell averaged 8.7 yards per pass attempt with one completion for more than 22 yards. He had 15 touchdown passes of 30 or more yards in 2019, the most of any quarterback in a single season since 2015.

Predictable sloppiness from both teams

One of the common threads through each game of the young 2020 season has been sloppy play caused by the strange offseason. Under typical conditions, teams will lean on spring drills, summer conditioning and fall camp to round into form before the opener. The coronavirus pandemic upset this traditional flow to leave many teams behind the curve heading into September.

That was evident in spotty special teams, the Orange’s poor play on the offensive line and the general lack of cohesiveness seen from both offenses, which rely on schemes predicated on timing and quarterback play.

While unimpressive for most of Saturday against the Orange, the Tar Heels have time to address any lingering concerns: UNC takes on Charlotte and Boston College before hosting Virginia Tech on Oct. 10. Syracuse next has a trip to Pittsburgh on Sept. 19.