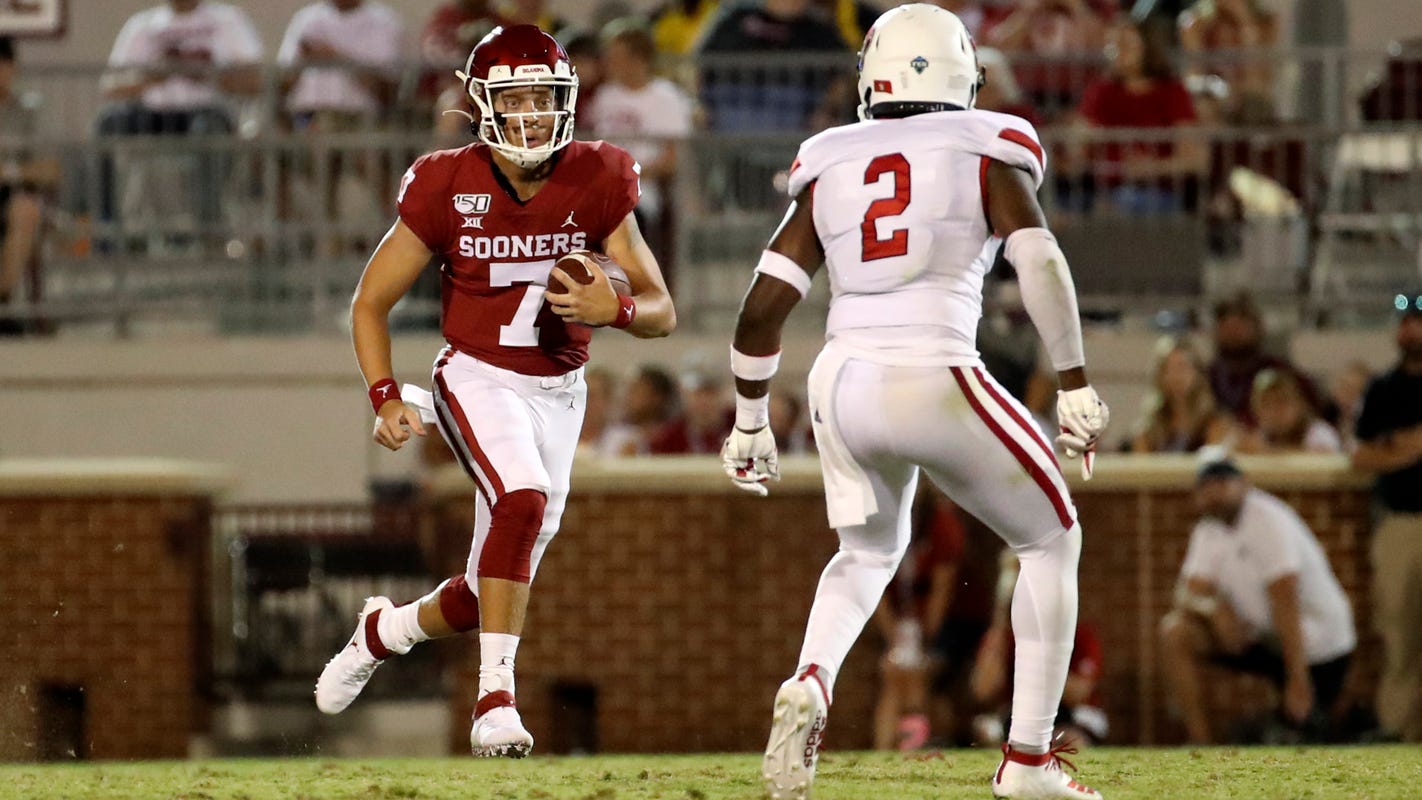 College football Week 2 questions that will be answered

Week 2 welcomes teams from the ACC and Big 12 to the regular season, marking the start of the long push for the College Football Playoff. Saturday’s schedule includes the nation’s No. 1 team, Clemson, playing in prime time at Wake Forest. Also in action: Oklahoma, Notre Dame, Texas and more.

After a long wait, results from the weekend will help clear up any questions coming out of an off-season impacted by COVID-19. Here are five questions that will be answered in Week 2, starting with the newest quarterback for Lincoln Riley and Oklahoma.

How does Spencer Rattler look as the Oklahoma quarterback?

The redshirt freshman had a few mop-up appearances last year, including one series in the Peach Bowl, but this will be the first extended look at how the five-star recruit runs Riley’s offense.

Much has been made of him being the first non-transfer quarterback to start for Riley, as if the Sooners coach has benefited more from the players than vice versa. Riley adapts his offense to his quarterback’s skill set. Rattler’s throwing ability should open up the Oklahoma offense and generate more big plays once he gets comfortable.

Missouri State is the type of opponent that you want when someone is easing into the job. It’s a chance to work on things and get ready for bigger opponents.

Who’s next at receiver for Clemson?

Clemson has the nation’s best quarterback (Trevor Lawrence) and running back (Travis Etienne). There have been losses at wide receiver, where the Tigers need to replace Tee Higgins and an injured Justyn Ross. The potential breakout star is sophomore Joe Ngata, who made 17 catches as a rookie in 2019 and is poised to replace Higgins at boundary receiver. Clemson is also expecting to get more production out of senior Cornell Powell, once a high-profile recruit, and sophomore Frank Ladson.

They’ll join Amari Rogers (30 catches in 2019), who is now a year removed from his ACL tear and ready to shoulder a substantial role in the passing game. The program’s recent history of development at wide receiver (a particular area of interest for Dabo Swinney) really eliminates any doubt about the position. Still, Saturday night’s game against Wake Forest will be the first glimpse of a reworked group.

UNEXPECTED RESULTS: Bold predictions for Week 2 of the season

WHAT TO WATCH: Five games in Week 2 with College Football Playoff impac

Can Duke hang with Notre Dame?

Notre Dame is a major contender for the playoff, though with far less fanfare than expected. (The matchup at home against Clemson in November might be the FBS game of the regular season.) Duke could still make things interesting in an opening weekend for the ACC that’s hard to predict due to this strange off-season. The Blue Devils should have a strong pass rush led by potential All-America end Chris Rumph II and will benefit from experienced quarterback transfer Chase Brice, who spent the last few years as the backup at Clemson.

Optimism is high for the Tar Heels entering Mack Brown’s second season. Sophomore quarterback Sam Howell and most of the playmakers on offense return, while Brown’s recruiting prowess has bolstered the roster with young talent. The No. 19 ranking in the August poll was the first preseason poll appearance for UNC since 2016. However, expectations can breed overconfidence for a program not used to dealing with success.

To understand the situation, just look across the field at UNC’s opponent Saturday. Syracuse was ranked last year in the preseason after winning 10 games in 2018. But the Orange got smashed by Maryland in their opener and never recovered.

This is a tricky opener for North Carolina at home. Starting with a conference opponent isn’t easy, especially when you are more than a three-touchdown favorite. An impressive showing would validate the off-season hype.

Will Iowa State vs. Louisiana-Lafayette help the Big 12?

A few of the protocols typically used by the College Football Playoff selection committee won’t be useful in 2020, such as records against common opponents and head-to-head results. Another factor that normally informs the committee is how conferences fare in non-conference play, since it’s a way to gauge the relative strength of the Power Five leagues.

That could make Iowa State’s matchup against Louisiana-Lafayette one that eventually resonates in December. The Ragin’ Cajuns are the best opponent any team from the Big 12 will face during non-conference play. If Louisiana goes on to win the Sun Belt and reach the Top 25, an Iowa State win could boost the Cyclones’ ranking and help inform the national reputation of the Big 12.