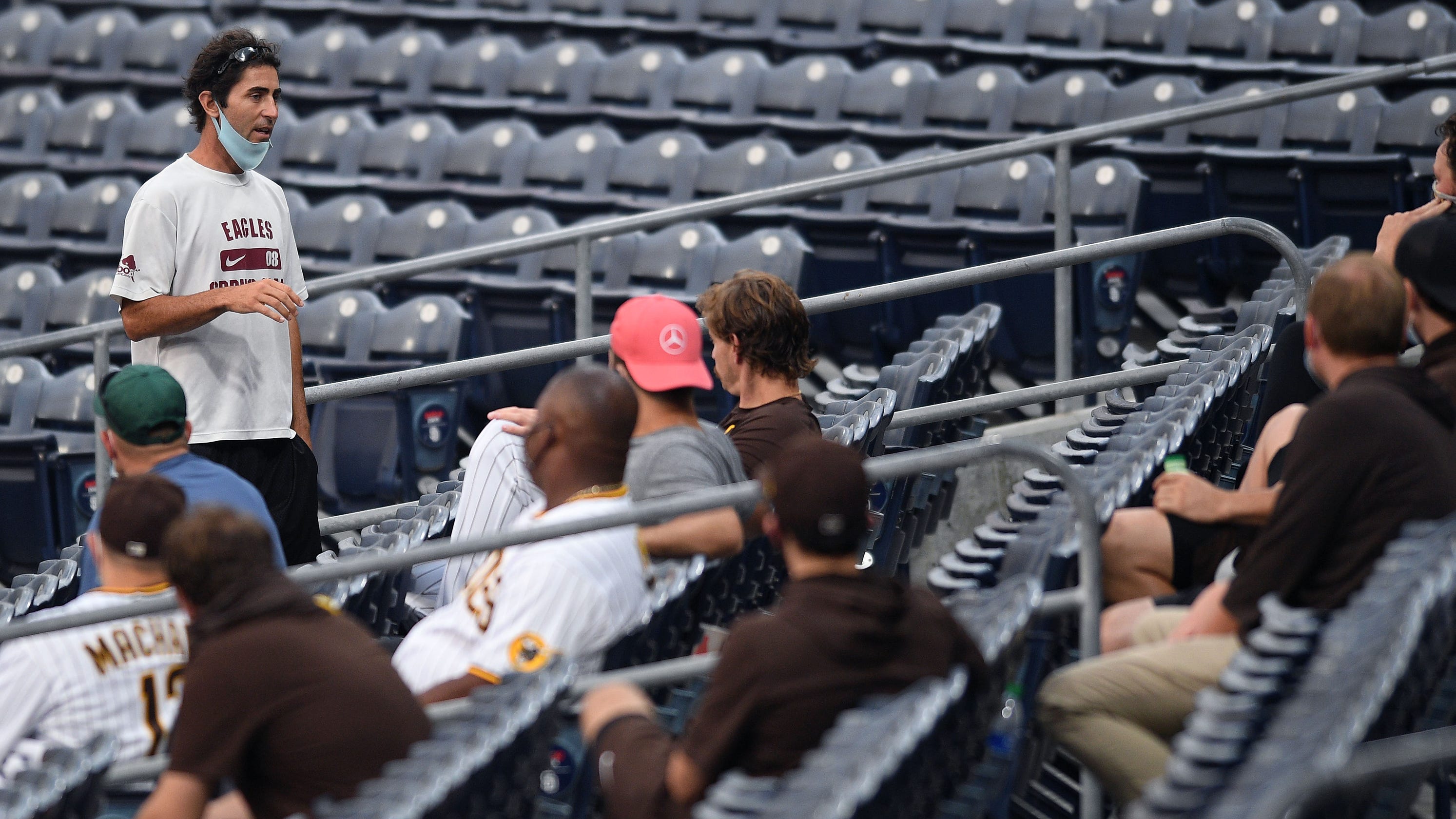 Just when it looked like the Major League Baseball season might go smoothly the rest of the way, along came Friday night to provide a jarring dose of reality and a painful reminder of the daily obstacles to complete this 2020 regular season and postseason.

The San Francisco Giants-San Diego Padres games on Friday and Saturday were postponed when a Giants player tested positive for COVID-19. The player, who remains unidentified, told several members of the Giants’ traveling party that he believed he was possibly infected by a family member or friend in San Diego.

The game Friday was postponed just minutes before the first pitch and the players already on the field lined up for a moment of silence for the victims of the Sept. 11 terrorist attacks. Saturday’s game also was postponed to allow for additional testing and contract tracing. There has been no decision about Sunday’s finale at Petco Park, but it also likely will be postponed.

It was the first time in 12 days that a Major League player tested positive for COVID-19, and it comes just 2 ½ weeks before the start of the postseason, beginning Sept. 29. There have been 45 regular-season games postponed this season because of positive tests.

Major League Baseball officials have been in negotiations with the players union in hopes of having all players stay at hotels the final week of the season — whether home or road — to help prevent any player or staff member from testing positive before the postseason.

MLB also is seeking that family members be quarantined for at least seven days before joining players during the postseason. Several teams have balked at the idea of being apart from their families for as long as a month, delaying any announcement of a postseason bubble plan.

The bubble format is designed to help safeguard against an outbreak that would disrupt the postseason, which is worth in excess of $800 million.

The playoffs will open with the three division winners and the team with the next-best record in each league hosting a best-of-three series, but the rest of the postseason will be played in neutral sites.

The remainder of the American League postseason will be played at Dodger Stadium in Los Angeles and Petco Park in San Diego, with the ALCS played at Petco Park, home of the Padres.