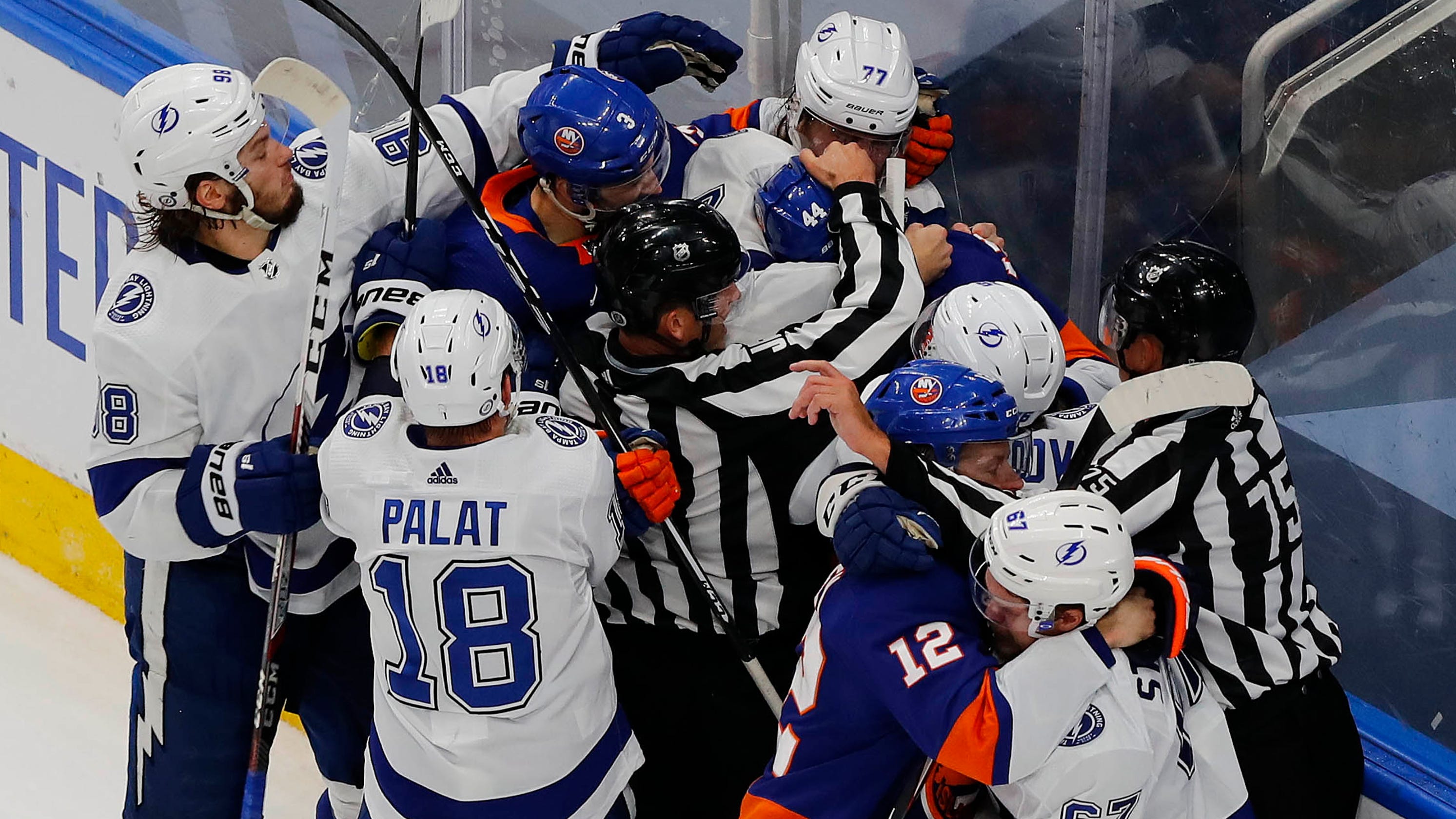 Islanders, Lightning get rough near end of New York win

The New York Islanders pulled off a gutsy effort after blowing a 3-1 lead Friday night, then the rough stuff began.

Islanders forward Jean-Gabriel Pageau was skating toward an empty Tampa Bay net to seal a 5-3 victory in Game 3 when he was hooked by Lightning star Nikita Kucherov, leading to a delayed penalty. Before Pageau put the puck in the net, Kucherov delivered a big slash to his opponent’s leg.

Pageau objected and went after Kucherov following his goal, sparking a scrum.

Five players were handed misconducts in the melee: Pageau and teammate Cal Clutterbuck, plus the Lightning’s Kucherov, Mikhail Sergachev and Victor Hedman.

“He’s a competitor,” Pageau told reporters about Kucherov. “I think he was trying to get stick on puck, but he got the back of my leg, so he wasn’t too close.”

Goodrow had cross-checked the Islanders’ Brock Nelson in Game 2.

Nelson, who was also boarded by Alex Killorn in Game 2 (leading to a suspension), had a big game Friday. He set up Anthony Beauvillier with a pass from behind the goal line to give the Islanders a 3-1 lead in the second period.

The most timely goal from Brock Nelson as the @NYIslanders take Game 3. #StanleyCuppic.twitter.com/dqLmJXvWK6

“We handed that one to them,” Lightning coach Jon Cooper told reporters. “It was gift-wrapped.”

“I don’t know if it’s a rivalry, but they don’t like us, we don’t like them,” Sergachev said.

Killorn will be back from his one-game suspension, but the status of injured Lightning star Brayden Point is unknown.