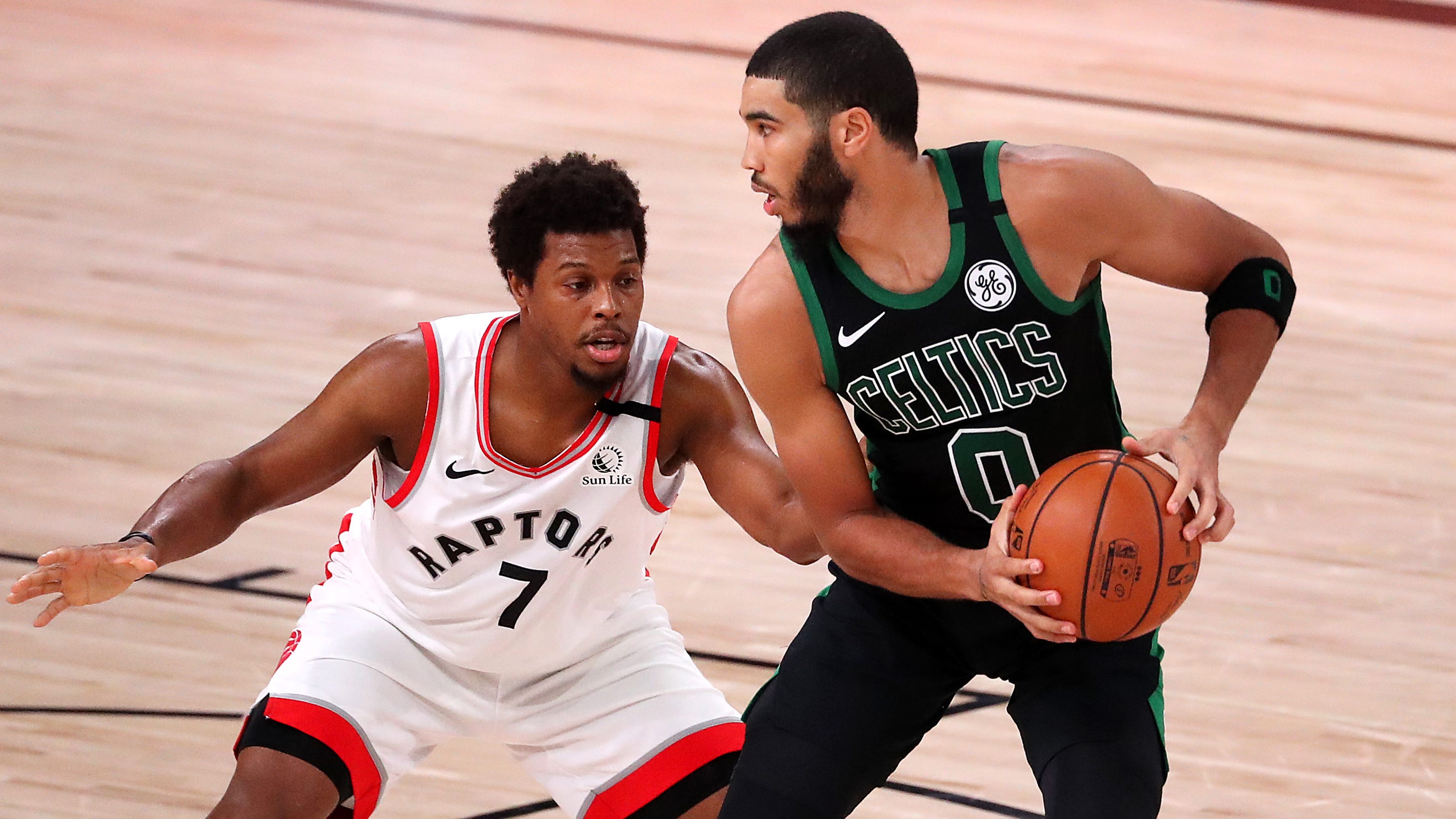 SportsPulse: The Boston Celtics outlasted the defending champion Toronto Raptors and will now face the Miami Heat in the Eastern Conference Finals — Jeff Zillgitt tells us what to expect from that series.

LAKE BUENA VISTA, Fla. — A few weeks ago, New England Patriots coach Bill Belichick spoke to the Boston Celtics and said “history and experience are meaningless. It’s how you play in this minute,” according to Celtics coach Brad Stevens.

In the 48 minutes played in Friday night’s Game 7 of an Eastern Conference semifinal series between Toronto and Boston, the Celtics played better in the final 12 minutes, earning a 92-87 victory in another exhausting game.

Boston’s Grant Williams missed two foul shots with 35.4 seconds left, but Jayson Tatum grabbed the offensive rebound on the second miss and was fouled. He made 1-of-2, giving the Celtics a 90-87 lead.

Boston’s Marcus Smart made the defensive play of the game, blocking Norman Powell’s fastbreak layup attempt with 58.2 seconds remaining. Had he made it, Toronto would’ve tied the score at 89-all.

The Celtics will play the Miami Heat in the Eastern Conference finals, a series that is expected to begin Tuesday.

Boston’s Kemba Walker had another off night offensively, as the Raptors focused much of their defense on limiting him. Just 5-of-16 from the field, Walker’s 3-point play with 6:05 left in the game put the Celtics ahead 85-78.

Over the course of the seven-game series, the Celtics had just enough scoring and plenty of defense to eliminate the defending champions.

It was simply an entertaining series defined by two hard-working teams that made scoring difficult. The Celtics shot 40.7% from the field and 23.7% on 3-pointers, and the Raptors shot 41.3% and 28.6%.

Raptors All-Star Pascal Siakam had a double-double (13 points, 11 rebounds), but his struggles in Game 7 (five turnovers) were emblematic of his struggles in the series. Whether it was the long layoff or being the focal point of another team’s defensive gameplan, Siakam never found his offense against the Celtics.

Turnovers hurt the Raptors. They had 10 in the first half and ended up with 18, leading to 31 Celtics points.