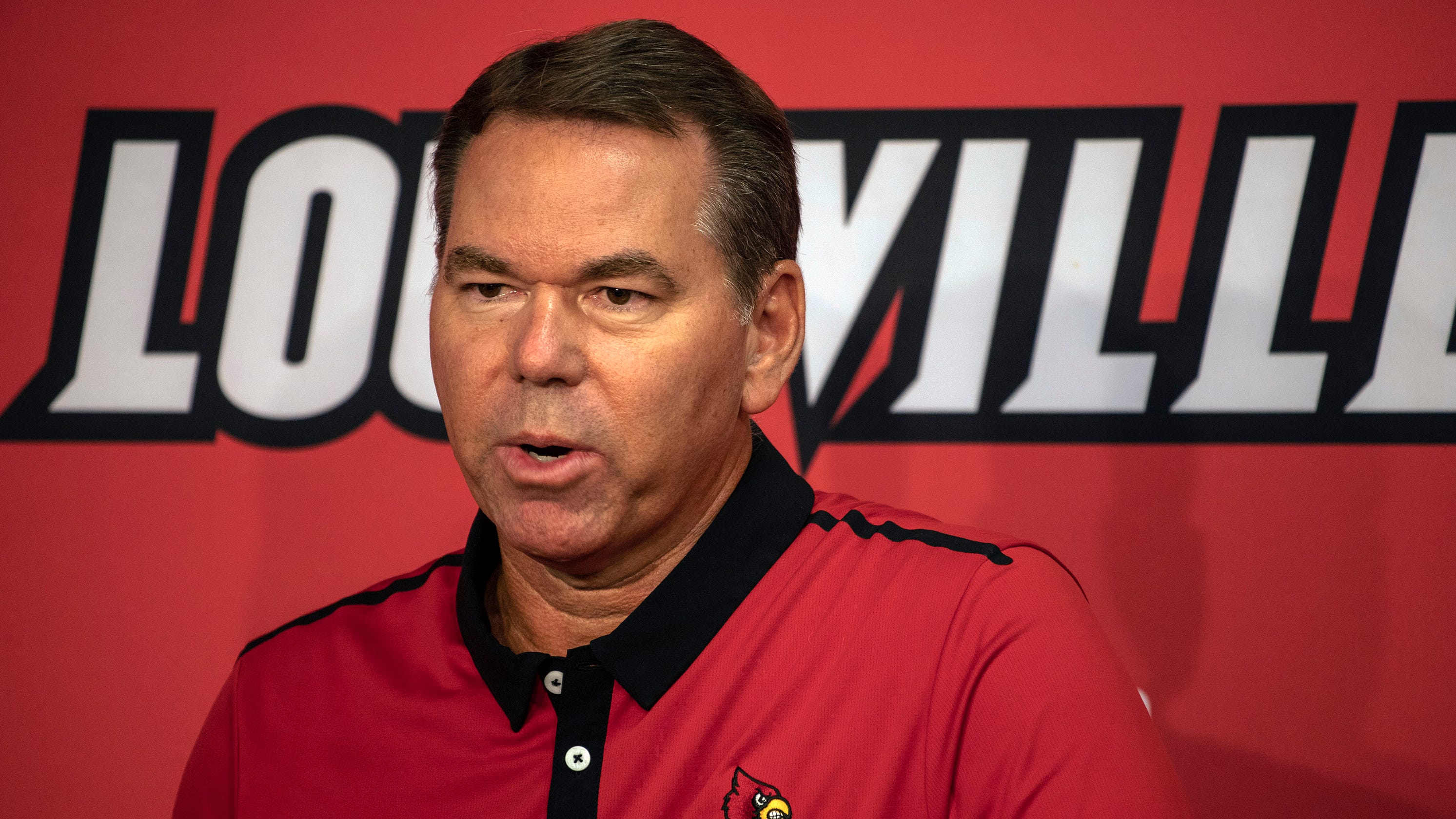 Four months after its 2013 basketball banner was removed from the KFC Yum Center, after an extensive housecleaning, a failed appeal of NCAA sanctions and an FBI investigation that unearthed additional dirt, the University of Louisville was confronted with a new crisis.

Blaming Louisville’s NCAA issues for a sharp decline in licensing revenues and invoking its right to seek contractual adjustments based on “Material Adverse Publicity,” the company that markets more than 200 U.S. colleges and universities proposed extending Louisville’s 10-year deal by four years while paying no additional dollars for that privilege.

“Last year (2016-17), IMG College Licensing paid Louisville $65,000 out-of-pocket to cover the minimum guarantees, in addition to not earning our $233,000 projected revenue split,” Moss wrote. “This year (2017-18), our out-of-pocket payment to Louisville is projected to be $520,000, on top of losing $203,000 as our projected share of the revenue split. Absorbing a loss of more than $700,000 – because of external factors outside of our control, such as the NCAA sanctions and investigations, (that) have negatively impacted the licensing program – is a hardship we can’t take on.”

Out of that hardship came corporate hardball. Three weeks after Moss’ letter, reports of a racial slur uttered by John Schnatter spawned a new scandal at Louisville, resulting in the rescinding of naming rights for Papa John’s Cardinal Stadium and additional leverage for IMG, the behemoth that began as International Management Group.

By the time Tyra signed a revised licensing contract on March 27, 2019, IMG’s initial proposal had been taken off the table and a settlement forged through mediation had eliminated the remaining $26.8 million in guaranteed payments that had been scheduled over the last seven years of the deal.

“That was not an enjoyable time,” Tyra said. “We were trying to figure out what we could do going forward. Obviously, (IMG) wanted to extend it. But to be honest, I wasn’t sure they were the partner we wanted to have for that period of time.”

Neither Moss nor IMG College Licensing responded to interview requests from The Courier Journal. Clearly, though, Tyra was not choosing from among a lot of attractive alternatives at that time.

“IMG had a compelling case to present in court that would have blown up our agreement, and we would have been starting from scratch,” said Louisville spokesman Kenny Klein.

UofL athletic director Vince Tyra announced on Thursday afternoon that the university had partnered with Norton Healthcare to handle the medical needs of its various sports programs. 8/22/19 (Photo: Marty Pearl/Special to Courier Journal)

Louisville would succeed in negotiating a higher percentage of IMG’s royalty revenues — 100% for the 2017-18 and 2018-19 fiscal years; 92% of the first $3 million in annual royalties thereafter — but commissions to date have fallen far short of the figures that were formerly guaranteed.

Yet in resisting the temptation to trade time for more predictable cash flow, Tyra is playing the long game and, arguably, adroitly.

“We are not working with Louisville, so we don’t know the inside details, but the rate of appreciation for those kind of rights way outstrips inflation,” said A.J. Maestas, founder and CEO of Navigate, a Chicago-based company that specializes in data-driven analysis of sports sponsorships. “So it’s usually a very bad idea to have extended that relationship by four years and just spreading the existing guarantee. I agree with them for not doing that. They’d be selling out a very lucrative future.”

Navigate’s Matt Balvanz, the company’s senior vice president for analytics, figures the four years following the 2025 expiration of Louisville’s current contract with IMG could be worth more than $23 million if the value of licensing deals continues to grow at 7% annually.

“A lot changes in that world,” Tyra said. “If you look at what’s happening with that market, and the size of the overall market and the products that are available through licensing, these (deals) aren’t getting any cheaper.

“In the short term, inherently there may be risk. The longer term, not being locked up gives us the opportunity to do something different.”

Or, perhaps, to renegotiate from a better bargaining position.