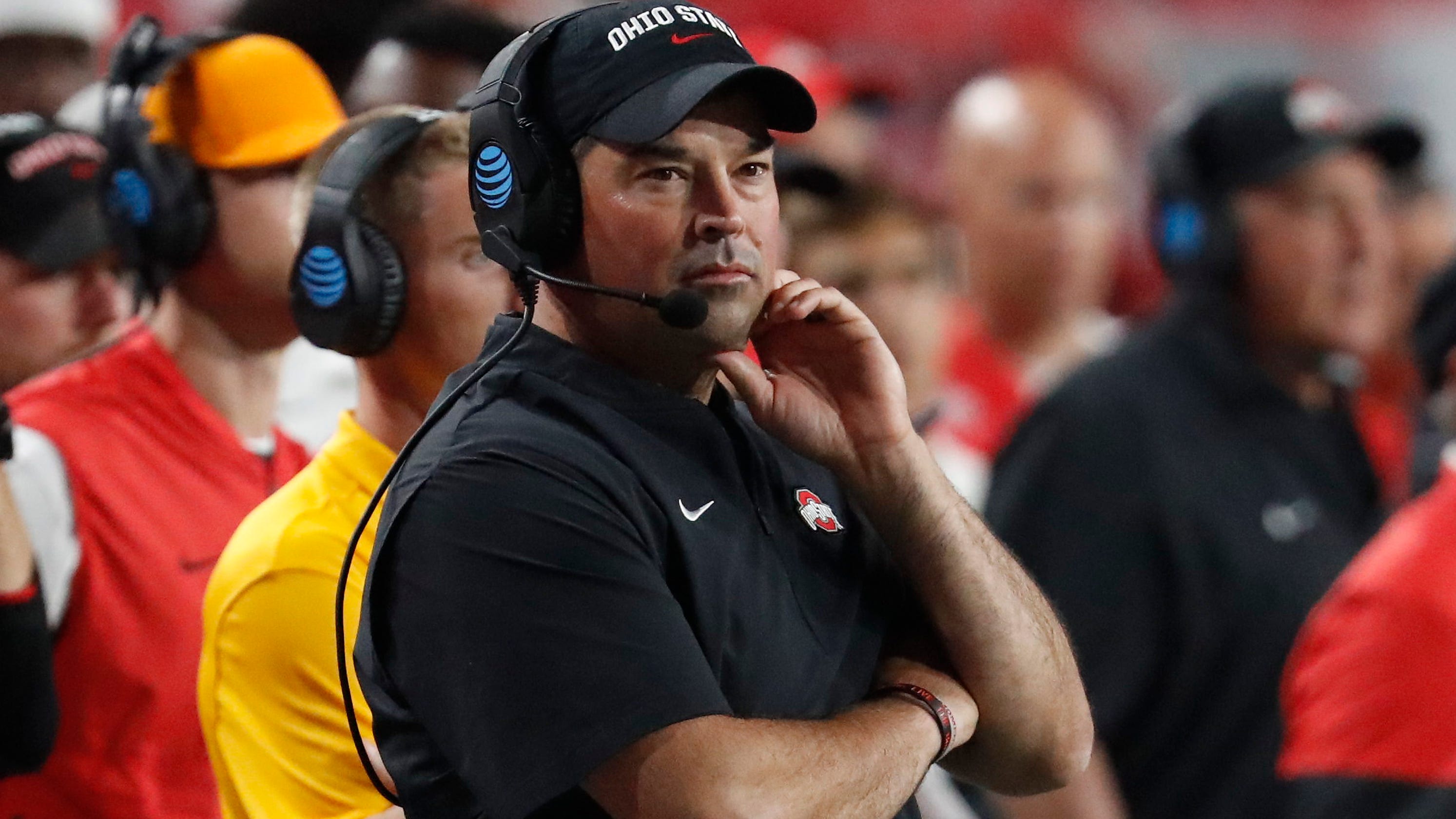 Ohio State football coach Ryan Day threw tantrum. But he has a point.

It’s tempting to say Ohio State football coach Ryan Day threw a temper tantrum Thursday when he demanded to know why his team can’t play this fall and compete for a national championship.

Because, you know, Notre Dame is playing Saturday and why can’t we?!?!?

It’s tempting to say the same of Penn State football coach James Franklin, who expressed similar frustration and wanted to know what he was supposed to tell his players.

On the one hand, both coaches could tell their teams the University of Wisconsin is moving its classes online and quarantining students for at least two weeks in two of its largest dorms after a spike in coronavirus cases on campus. And that TCU recently announced it was postponing its season opener against SMU after a cluster of players and staff tested positive. And that several other schools have pushed back their season openers.

They could also remind their players — and themselves — that 11 of the league’s presidents voted to postpone the fall season based on medical advice, and that they thought starting the season in September was too risky.

But on the other hand? Both coaches have a point. Because the Big Ten still hasn’t explained why it made its decision. Not really. And it didn’t have to be this way.

Kevin Warren, the league commissioner, could have taken the microphone and laid out the medical reasoning and why those 11 presidents didn’t want to risk a season this fall. He did not. Still has not. And that’s a shame.

Though it isn’t his fault. He’s beholden to the school presidents, who are used to running their campuses like Fortune 500 companies and therefore used to hiding in cones of silence.

As folks who run institutions, where the mission is to educate and, to a degree, teach students how to hold truth to power, it’s unfortunate the school presidents have remained relatively silent. Though it’s not just them. It’s everyone who voted with them.

So here we are, a month after the decision, and Day and Franklin keep blow-torching their own league for its decision. And Michigan’s Jim Harbaugh marched in protest. And politicianskeep writing letters because they see an opening, however cynically, to play to their voters who, like the players and coaches, want to know why Clemson is set to take the field this weekend and they cannot.

Because in many parts of the country, games are being played, classes are being held and life is inching back toward … normal? Or so it seems.

That perception is why Day and Franklin and, to a degree, Harbaugh, are so frustrated with the league’s decision. They need more information to explain why high school football is allowed in Michigan and Ohio and Pennsylvania — at least in some districts — while Big Ten football is not. Why the ACC and SEC and Big 12 are moving forward and the Big Ten is not. Why one set of public health officials can say one thing while another set disagrees.

Be open about this. Explain the medical process. Or admit that the risk isn’t worth it. Or the liability. Or some combination. From the moment the league announced its decision, it bungled the explanation. Not to mention its public relations. If the conference has science on its side, use it, like the Pac-12 did when it released a tome stuffed with medical reasons for its decision.

And while it’s easy to say they don’t deserve any more explanation than, say, a history professor does, that isn’t how this works. Too much money is involved. Too many jobs are at stake. The pandemic may have exposed a broken — and inequitable — model in college sports, but it’s still the model.

So, while Day may have come across as a whiner to some on Thursday, and may appear as a disgruntled opportunist to others — he has a team good enough to win it all this year — that shouldn’t take away from his fundamental beef. He and his fellow coaches deserve more information. It isn’t enough to simply point to the pandemic and say football is too risky, even if it may well be.

The Big Ten could turn out to be right in being so cautious. It’s time for the league to truly tell us why it was.