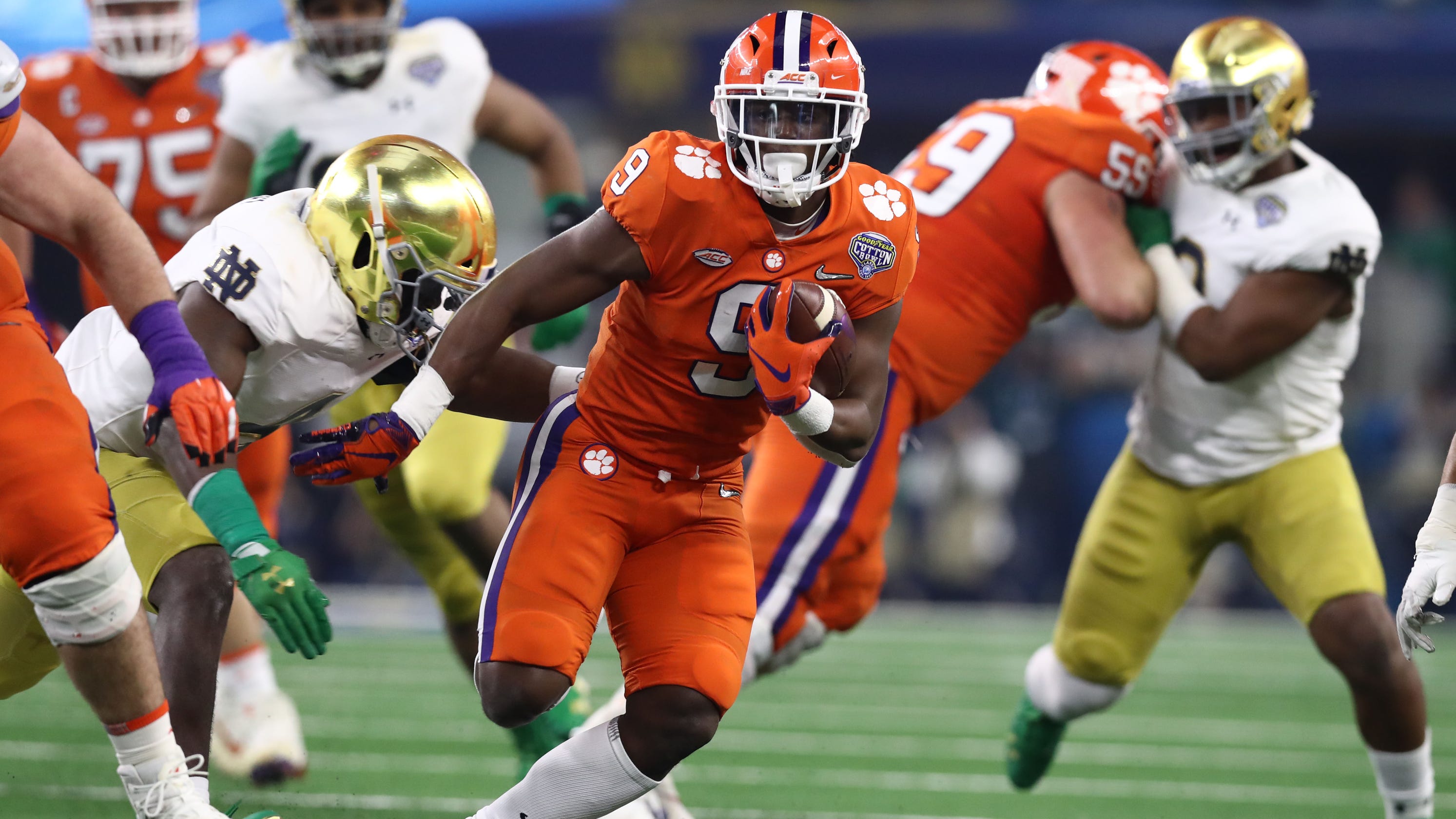 The good news is there will be college football once again this weekend. The not-so-good news? We’re still a few weeks away from more compelling contests.

But Week 2 does feature one major conference, the ACC, taking center stage by jumping right into league play. The Big 12 also gets underway with some non-conference offerings, with one in particular that might be worth your attention.

Here are the top five impact games for the College Football Playoff:

No. 1 Clemson at Wake Forest

As this most unusual of seasons launches, one thing that isn’t unusual is the heavy favorite status the Tigers carry into the campaign. As such, Clemson gets the prime time treatment with the Game Day crew coming to Winston-Salem, North Carolina, for the first time. But Clemson’s last two results against the Demon Deacons, with a combined victory margin of 115-6, suggest this one should be over early.

Clemson’s backfield tandem of QB Trevor Lawrence and RB Travis Etienne, both of whom could wind up as Heisman finalists this season, will give the team a talent edge against most defenses. That will be true of Wake as well, though DE Carlos Basham will be worth watching. Demon Deacons QB Sam Hartman has experience, but the Tigers’ front line figure to make his job difficult.

Clemson running back Travis Etienne runs with the ball against Notre Dame during the first half of the Cotton Bowl. (Photo: Matthew Emmons, USA TODAY Sports)

In their season as honorary ACC football members, the Fighting Irish have been projected as the primary challengers to Clemson. But they have work to do first, beginning with this home date with the Blue Devils.

Notre Dame QB Ian Book is back, though he’ll need to develop a rapport with some unproven receivers quickly while steering clear of Duke DE Victor Dimukeje. Speedster Braden Lenzy could emerge as a primary weapon in the Notre Dame attack. Clemson transfer Chase Brice has earned the starting QB nod for the Blue Devils. He’ll have proven ball handlers like TE Noah Gray and RB Deon Jackson to work with, though finding holes could be challenging against the likes of Fighting Irish LBs Jeremiah Owusu-Koramoah and Drew White.

Syracuse at No. 19 North Carolina

In terms of program trajectory and perception, this could be the most important game of the day in the conference. It took just one year for Mack Brown to restore elevated expectations to the Tar Heels in his return to Chapel Hill. The Orange took a step back last season and could use a good road result to get 2020 off on the right foot.

The return of QB Sam Howell, who had a breakout freshman campaign in 2019, is a major cause for optimism for UNC faithful. Howell regains the services of top WRs Dyami Brown and Dazz Newsome, who will test a veteran Orange secondary anchored by S Andre Cisco and CB Ifeatu Melifonwu. Syracuse is capable of putting up a big score as well with QB Tommy DeVito back in the lineup, but his line must do a much better job protecting him this year. His main worry this week will be Tar Heels LB Chazz Surratt.

The Mike Norvell era in Tallahassee, Florida, opens with this date with the Yellow Jackets, another program in a retooling phase with Jeff Collins entering year two at the helm.

QB James Blackman retains the starting job for the Seminoles’ new staff. He must hope the protection issues that have plagued the offense for several seasons have been addressed. RB Jordan Mason and QB James Graham are back for Georgia Tech, which seeks to pose a more respectable threat in the passing game this year.

Louisiana-Lafayette at No. 25 Iowa State

Of the three ranked Big 12 squads opening at home Saturday, the Cyclones face the toughest challenge by far. The Ragin’ Cajuns, 11-3 in 2019, return a lot of talent and should again be in the upper echelon of the Sun Belt Conference.

Iowa State won’t be afraid to sling it around with veteran QB Brock Purdy back at the controls. RB Breece Hall and TE Charlie Kolar will be big parts of the equation as they try to keep Cajuns LB Joe Dillon out of the backfield.  ULL’s spread attack, ably directed by QB Levi Lewis and featuring RBs Elijah Mitchell and Trey Ragas, is quite formidable. Greg Eisworth anchors the ISU secondary that must keep the long gainers to a minimum.