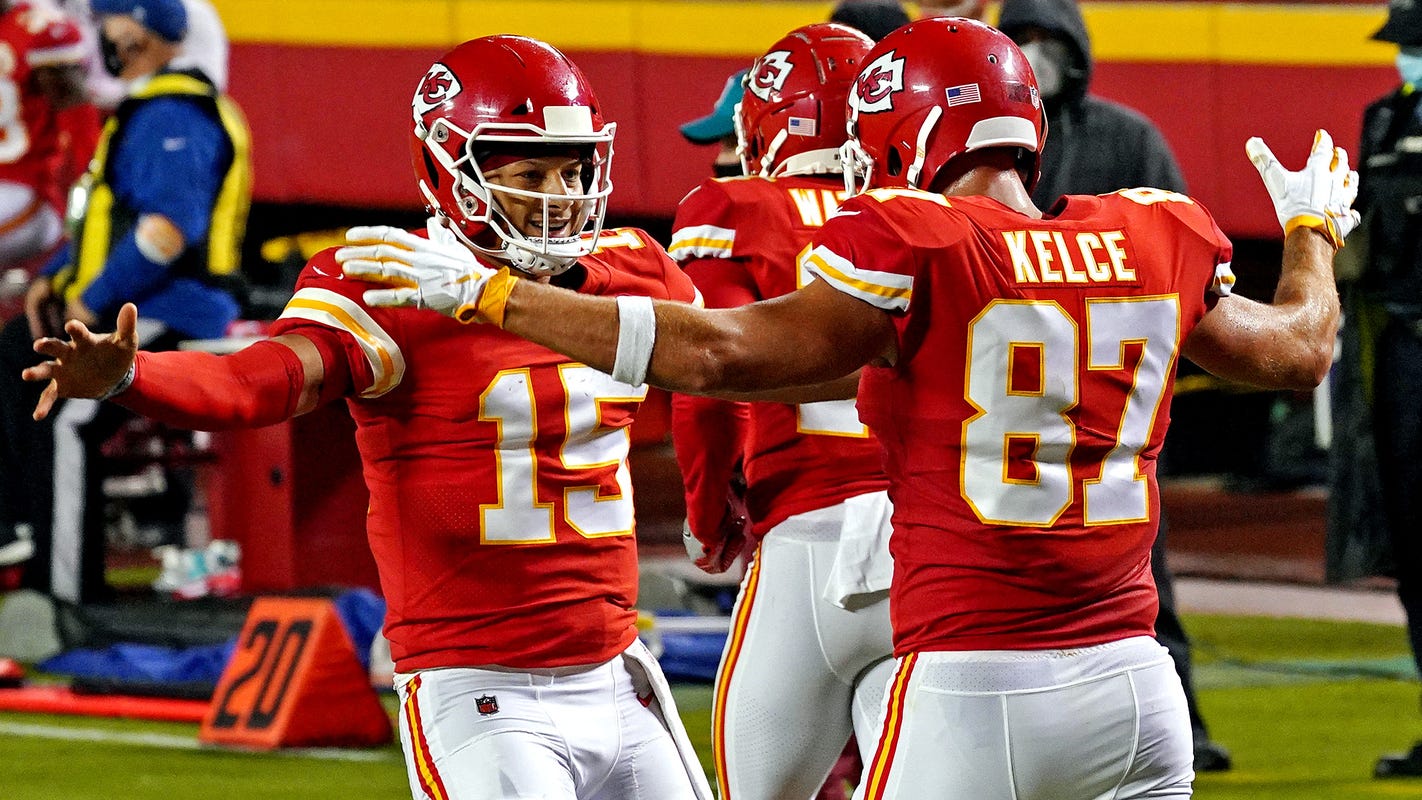 (Raise your hand if you chose Edwards-Helaire in your fantasy football draft and are now feeling some sense of joy. ✋)

About last night:Chiefs 34, Texans 20 — Mahomes and the Chiefs’ high-octane offense delivered as Kansas City looked every bit like a team preparing for another run at the Super Bowl.

Game of the week:Tampa Bay Buccaneers at New Orleans Saints — For the first time in NFL history, both starting quarterbacks are 40 years old or older. New Buccaneers QB Tom Brady is 43; Saints QB Drew Brees is 41. Brees and Brady are also 1-2 in career passing yards and touchdowns. Both are vying for one last shot at Super Bowl glory. So both teams will strive to get off to a strong start.

Sneaky-Good Game of the Week:Seattle Seahawks at Atlanta Falcons — While the Seahawks have their sights on Super Bowl LV, the Falcons — who had a strong 6-2 second half in 2019 — are looking to contend in the NFC South. These teams sure know each other well, too, for this is the fifth meeting in five seasons between the two.

Suicide Pool Game of the Week:Pittsburgh Steelers at New York Giants — Ben Roethlisberger is back after missing nearly all of the 2019 season and his return has Pittsburgh thinking Super Bowl. The Giants are debuting a new head coach — Joe Judge — and a new opening week starting quarterback — Daniel Jones — after the retirement of Eli Manning, who was drafted in the same year (2004) as Big Ben. This sure seems like a big win for Pittsburgh.

Clyde Edwards-Helaire rushed for 138 yards and a touchdown in his NFL debut. (Photo: Reed Hoffmann, AP)

Dak Prescott opens up on depression

Dallas Cowboys QB Dak Prescott opened up about seeking help for anxiety and depression following the suicide of his brother.

Prescott also explained why he decided to go public about his mental health issues.

“Before I can lead, I have to make sure my mind is in the right place to do that and lead people to where they want to be,” Prescott said. “I think that it’s important to be vulnerable, to be genuine and to be transparent.”

Prescott going public with his mental health struggles drew criticism from television loudmouth Skip Bayless, who said he didn’t have sympathy for the Cowboys QB.

Dak Prescott said Thursday it was important to him to speak publicly about the mental illness he battled. (Photo: Tim Heitman, USA TODAY Sports)

Lamar Jackson and the Baltimore Ravens remain favorites to win the AFC North and contend for a spot in the Super Bowl. (Photo: Mitchell Layton, USA TODAY Sports)

Fantasy football: Get your lineup right

Of course you want to start the fresh season off with a win. We’re here to help. Our fantasy football experts have valuable advice to get the most out of your lineup.

In case you missed it, Tom Brady is now with the Tampa Bay Buccaneers. (Photo: Eva Russell, USA TODAY Sports)

Football season is back! And, if you love talking football (and who doesn’t, amirite?), we have the perfect spot for you. Join our Facebook Group, The Ruling Off the Field, to engage in friendly debate and conversation with fellow football fans and our NFL insiders. Sign up now!

Want to keep this conversation going? Head to Facebook, and/or give a Twitter follow to your friendly neighborhood football guy who put together this newsletter, @jimreineking.