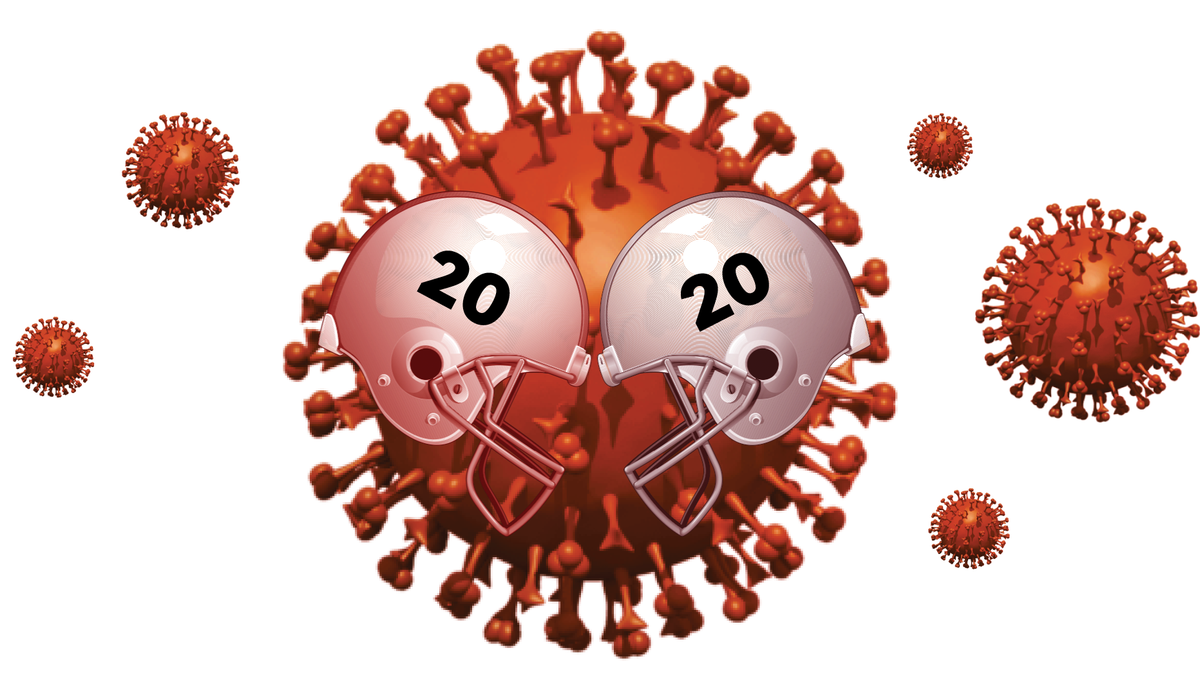 COVID-19 cases grew again this week in counties with Power Five football teams just as the Bowl Subdivision’s 2020 season gets into full swing with the ACC and Big 12 conferences starting play this weekend.

Six top  teams in the Amway Coaches Poll will be in action on Saturday, including No. 1 Clemson — located in Pickens County, South Carolina. The home of the 2019 national champion Tigers saw a 59% increase in cases per 100,000 residents between Sept. 2 and Sept. 9.

Four counties with ACC football teams and five with Big 12 teams showed at least double-digit increases this week, according to data collected from the Emory COVID-19 Health Equity Dashboard and analyzed by Pooja Naik, a master of public health candidate at Emory University’s Rollins School of Public Health.

Worries of a growth of the virus on college campuses have hung over this week in which six FBS schools were sidelined because of positive COVID-19 cases, including Louisiana Tech where 38 players tested positive in the wake of Hurricane Laura.

Georgia Tech will travel on Saturday to Leon County, Florida, to play ACC rival Florida State. Leon County’s seven-day average cases grew 143% in the past week to 73.9 per 100,000 residents.

‘So much for honor’: Despite COVID cases, college students partied Labor Day weekend away

The seven-day average of COVID-19 cases per 100,000 residents grew just 6% in counties with Power Five colleges, but double-digit growth was slowed by two conferences (Pac-12 and SEC) that have postponed or delayed their seasons.

As students returned to campus in the past few weeks, the SEC and Big 12 counties saw significant increases in their seven-day moving averages. The two conferences are now tied at 38 cases per 100,000 residents.

Four counties with Big 12 schools (Texas Tech, Iowa State, Oklahoma State and Kansas State) had infection rates over 50 per 100,000, placing them among the 10 largest outbreaks. Notably, the infection rate in Iowa State’s Story County declined 43% in the past week — still placing it 9th highest among the other Power Five schools.

Cases in Montgomery County, Virginia, (Virginia Tech), jumped 141% this week. The Hokies are idle this weekend, but ironically play host on the Sept. 19 to state rival University of Virginia, where cases declined 32% in Albemarle County.

Seven-day average Infection rates remain high in Story County (Iowa State) and Riley County (Kansas State), but the weekly changes are moving in opposite directions. Story County declined 43% to 59.4 per 100,000, while Riley County jumped 57% to 75.2.

The four largest percentage increases in infection rates this week were in counties with Big Ten schools — Michigan State, Wisconsin, Illinois and Penn State. The seven-day moving average in Champaign County (Illinois) appears to be the most concerning with a 217% increase to nearly 80 cases per 100,000 residents.

Infection rates in Pac-12 counties remained at the lowest of the Power Five conferences. Whitman County (Washington State), though, continued to have one highest rates among the Power Five schools with more than 70 infections per 100,000 residents — a 20% decline from last week.

The SEC continues to have the highest infection rate among the Power Five — albeit tied with the Big 12 this week. Rates generally increased more slowly or decline in most counties except Washington County (Arkansas) up 134%, Alachua (Florida) up 104% and Knox County (Tennessee) up 49%.