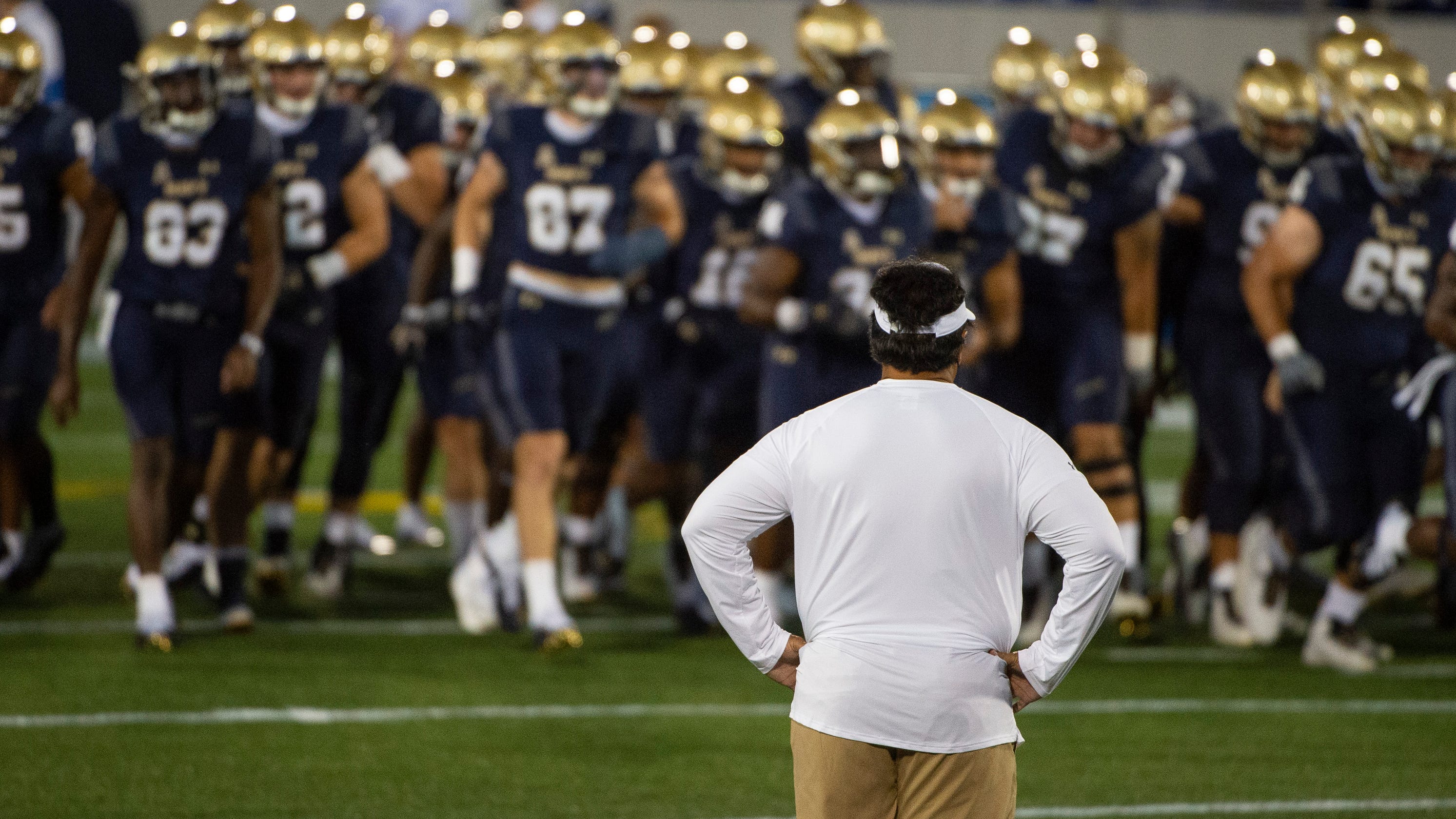 I can’t watch this season amid COVID-19 concerns

I love college football, always have, always will. When I was growing up in Ohio, right on the Michigan border, we went to University of Michigan games on fall Saturday afternoons, then University of Toledo games at night. Our very own football doubleheaders, my father called them.

In college, I never missed a home game at Northwestern, although I probably should have because we lost almost all of them. These days, NU wins quite a bit, so not only do I go back to campus for a game or two every season, I’ve attended 10 of the Wildcats’ last 11 bowl games.

College football also has been a cornerstone of my journalism career, from my early beats covering the University of Florida and University of Miami to reporting on a dozen or so national championship games.

I tell you this as a prelude to what happened over Labor Day weekend. I turned on one of the college football games on TV, watched a few plays, then turned it off. The next day, I did the same. Turned it on. Turned it off.

Navy played host to BYU on Sept. 7, as the two independent schools faced in one of the first games of the season. (Photo: Tommy Gilligan, AP)

As I said, I love college football, but I can’t watch it. Not this year.

In what has to be the riskiest roll of the dice in the history of college sports, 76 universities, many of them in the South and Southwest, are embarking on the most reckless action ever perpetuated on college campuses in the name of athletics, pressing on with their quest to play football in the middle of a pandemic.

These schools are going to ridiculous lengths, twisting themselves into pretzels, hiding COVID-19 test results and cobbling together starting lineups with those who aren’t quarantined, to justify the unjustifiable: allowing student-athletes to play a sport that is the antithesis of social distancing on campuses teeming with coronavirus.

BE A FAN: How to be a virtual fan for ‘College GameDay’ on ESPN (signs are welcome)

College presidents at these schools, including the entire ACC, SEC and Big 12, are making the biggest gamble of their careers: That their decision to play football this fall won’t kill people.

Right now, they have no idea if it will or if it won’t. Open those stadiums, play those games and who knows what will happen. You can take all the precautions in the world but then a person tailgating because the school president is allowing a game to be played ends up passing the virus to another tailgater who takes it home to a spouse or gives it to a neighbor, and someone gets sick and dies. Or a worker in that stadium infects another worker who wouldn’t be there if the school had postponed fall sports.

By now, we know the tragic storylines. Some scoff at them, saying fans need their football and colleges (and college towns) need the money. They might end up being right. We’ll know soon enough.

But at the moment, what we do know is that the dozens of schools playing football have no idea if by allowing fall sports to be played, they will bring illness, hospitalization and even death to their campuses and communities. They can’t know what they will unleash. They’re just guessing and hoping.

There are many other schools that decided they didn’t want to cross their fingers and hold their breath. The Ivy League made the call to postpone fall sports in July; the Big Ten, Pac-12, MAC and others followed in August.

The worst thing you’ll be able to say about those schools is that they were too cautious about the health of their student-athletes.

What’s the worst thing you’ll be able to say about the schools that allowed football and other sports to continue? That answer will come in a few months.

Since I was a young girl, September always was a celebration of sorts, trumpeting the return of our nation’s grandest sports passion, college football. This year, that return brings nothing but incredulity. There can be no celebrating the irresponsibility of people who should know so much better.