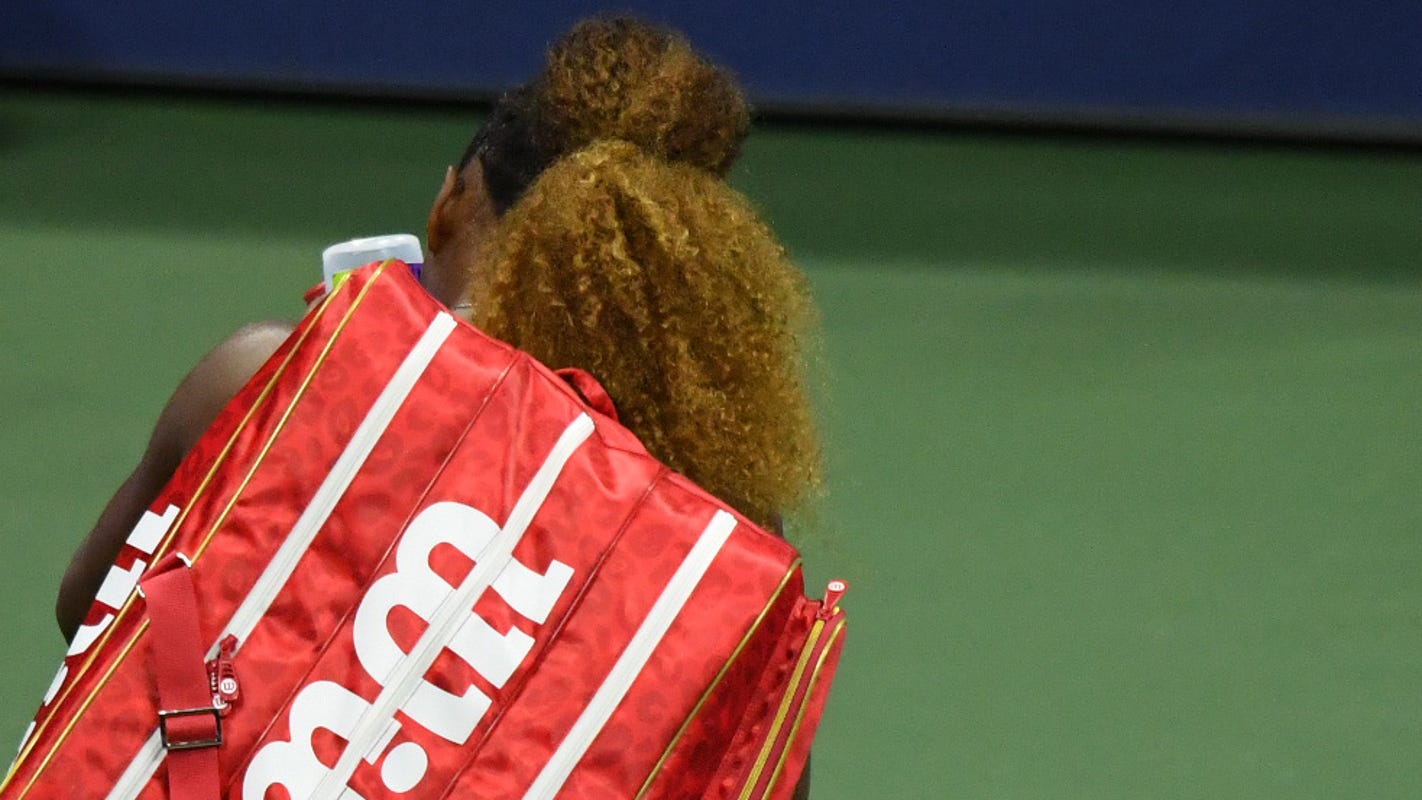 Why Serena Williams just missed her last, best chance to win Slam No. 24

NEW YORK — It was getting on to midnight when Serena Williams slung her big red racket bag over her shoulder and walked off the Arthur Ashe Stadium court Thursday night, another Grand Slam ending having gone all wrong. The roof was closed, the air inside thick and damp. There were no fans to salute her on her way out, because there’s a pandemic going on and the 2020 U.S. Open made it its No. 1 mission to keep a virus that is ripping around the world out of Flushing Meadows for a couple of weeks.

The protocols have worked superbly, but they couldn’t change the ending for Williams, the sport’s greatest champion. She has won six Open titles and desperately wanted to get No. 7 here. It would’ve hiked her career total to 24, tying her with Margaret Court for the all-time lead. It would’ve ended a 44-month quest, her last major title coming in Australia in 2017, when she was pregnant with her daughter Olivia.

She has lost in her last four Slam finals, and Thursday night, against fellow mother Victoria Azarenka, she lost one round earlier — 1-6, 6-3, 6-3 — in the semifinals. It was the first semifinal ever contested between mothers, the second match of a remarkable night of women’s tennis, coming after Naomi Osaka and Jennifer Brady put on a shotmaking show in the opening match. You don’t figure that will ease Williams’ hurt any, and the reason is pretty clear.

Williams will turn 39 years old at the end of the month. Six of the top 10 players in the world were not here, including the No. 1 and No. 2 players, Ashleigh Barty and Simona Halep. Bianca Andreescu, who beat Williams in last year’s final, isn’t here either.  Women’s tennis only gets deeper, and you needed only to watch No. 41 Brady, who pushed Osaka almost to the limit, to see how slender the difference is among the elite players. Williams is one of the greatest athletes of this or any time, and she will certainly have other chances, make other deep runs, but it’s hard to imagine there will ever be so depleted a field in a major again.

And it’s equally hard to imagine that the 2020 Open was not the best opportunity she will ever have.

“It’s obviously disappointing,” Williams said. “At the same time, I did what I could today. I feel like other times I’ve been close and I could have done better. Today I felt like I gave a lot.”

Williams had major reservations about coming to this tournament. She has an underlying condition — she suffered a pulmonary embolism during labor — making her understandably wary of traveling and being around people. Tournament director Stacey Allaster assured her that all kinds of precautions were being taken, that it would be as safe as any quasi-bubble could be. So Williams signed on. She made it through five rounds, had a scintillating run, and you know how  loud this place — the biggest tennis venue on earth, with 23,500 seats — would’ve been in the third set, cheering her on against Azarenka.

But there were no fans, no tsunamis of emotion for her to ride. It has to be even harder for Williams to ponder this result after the way the match began. She looked as if she were going to run Azarenka right onto Grand Central Parkway. She broke her three times. She found angles, smacked winners. She was as good as she had been the whole tournament.  She took that set, 6-1, and had a break point to go up 2-0 in the second. Azarenka hit an 83 mph second serve into Williams’ body, forced an error for deuce, and had the biggest hold of the match with a backhand winner.

“I started really strong,” Williams said. “Then she just kept fighting. She just changed and started playing better and better. Maybe I took a little too much off the gas pedal at some point.”

Williams said she will go to Paris at the end of the month, for the French Open, which was pushed back from May. She has won the French three times, but not since 2015. She lost in the third round last year, but she will get after it, and probably some more majors next year.

Azarenka, 31, is a former world No. 1 who is seven years beyond her last Grand Slam title and seven years beyond her championship loss to Williams here. She’s impossible not to like, for her spirit, her self-awareness, for the guts she showed, making a single unforced error in the second set, an insane number. She is a mother who has powered through injury and adversity, and then a bitter custody battle with her little boy’s father, and remade herself into a happier person and a better player than she has ever been.

Someone asked her what she thought about Williams’ being out here at almost 39 years old, fighting for the elusive 24th major title.

“What are my thoughts? I think it’s amazing,” she said. “There’s no other thoughts. Someone who is an amazing champion going for what she wants to do. All admiration from my side.”

Williams was not around to hear what Azarenka said. It is a widely shared sentiment. It provided little consolation on a night when another U.S. Open went all wrong.