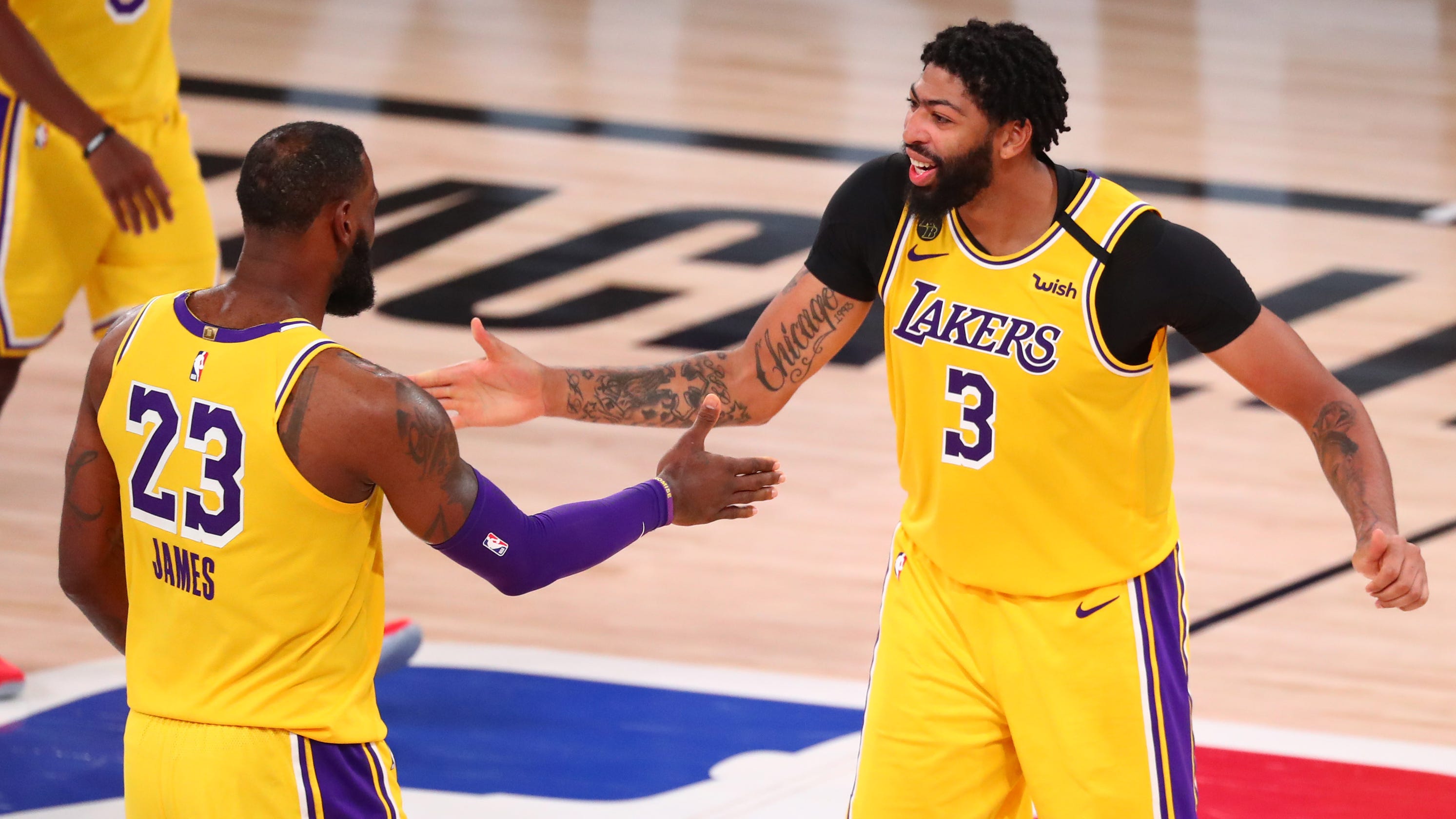 But the problem is, the Lakers’ small-ball lineup is not only bigger than Houston’s, it’s better.

The Lakers pounded the Rockets with their size and versatility and took a controlling 3-1 lead in the Western Conference semifinals with a 110-100 victory over Houston in Game 4 on Thursday.

The Lakers sputtered down the stretch a bit — a point LeBron James lamented after the game — but they clobbered the Rockets on missed shots, outrebounding the Rockets 52-36, including 12-1 on the offensive boards, and the Lakers turned those offensive rebounds into 17 second-chance points.

“Offensively, we’re trying to play a little bit the way Houston does from the standpoint of crashing from the corner,” Lakers coach Frank Vogel said. “Danny Green and (Rajon) Rondo had some big extra possession plays for us. And obviously, there’s the size factor, too. That all plays into the rebounding.”

“Rebounding isn’t always about size,” Vogel said. “That’s what we have to understand. I like the fact that we committed to box-outs — we held them to one offensive rebound. This is something they do well. They crash from the perimeter, from the corner. It’s a unique defensive rebounding assignment, so I was happy with our commitment more than pleased we have a size advantage over these guys.”

WESTBROOK: No explanation for Rockets’ lack of urgency in Game 4 loss

Los Angeles also collected defensive rebounds and turnovers and turned them into 19 fast-break points and outscored Houston 62-24 on points in the paint.

The Lakers started James and Anthony Davis at forward, Markieff Morris at center and Danny Green and Kentavious Caldwell-Pope at guard.

“We all have this wingspan,” James said, extending each arm out. “And we play hard. When you have that type of length, when you have that type of athleticism throughout five guys, it definitely helps clean the glass, defend, be able to rotate, able to be in communication where if something breaks down you have guys who can fly around and help as well. It’s good lineup for us.”

The Lakers did not play centers Dwight Howard and JaVale McGee, and every lineup the Lakers used was essentially a big small-ball lineup.

Maybe it was Rondo, who had 11 points, 10 rebounds and eight assists, and Alex Caruso, who had 16 points, on the court with a combination of James and Davis, who scored a game-high 29 points and collected 12 rebounds.

There is versatility to the Lakers with their length. Look at what they did to All-Star James Harden, who had 21 points. But Harden scored 16 from the foul line. He was 2-of-11 from the field, including 1-of-6 on 3-pointers, his specialty. He didn’t take an official shot attempt in the fourth quarter.

Houston went all in on small-ball at the trade deadline. General manager Daryl Morey believes it is a way to win a title.

But here they are, in the conference semifinals, getting beat at their own game.