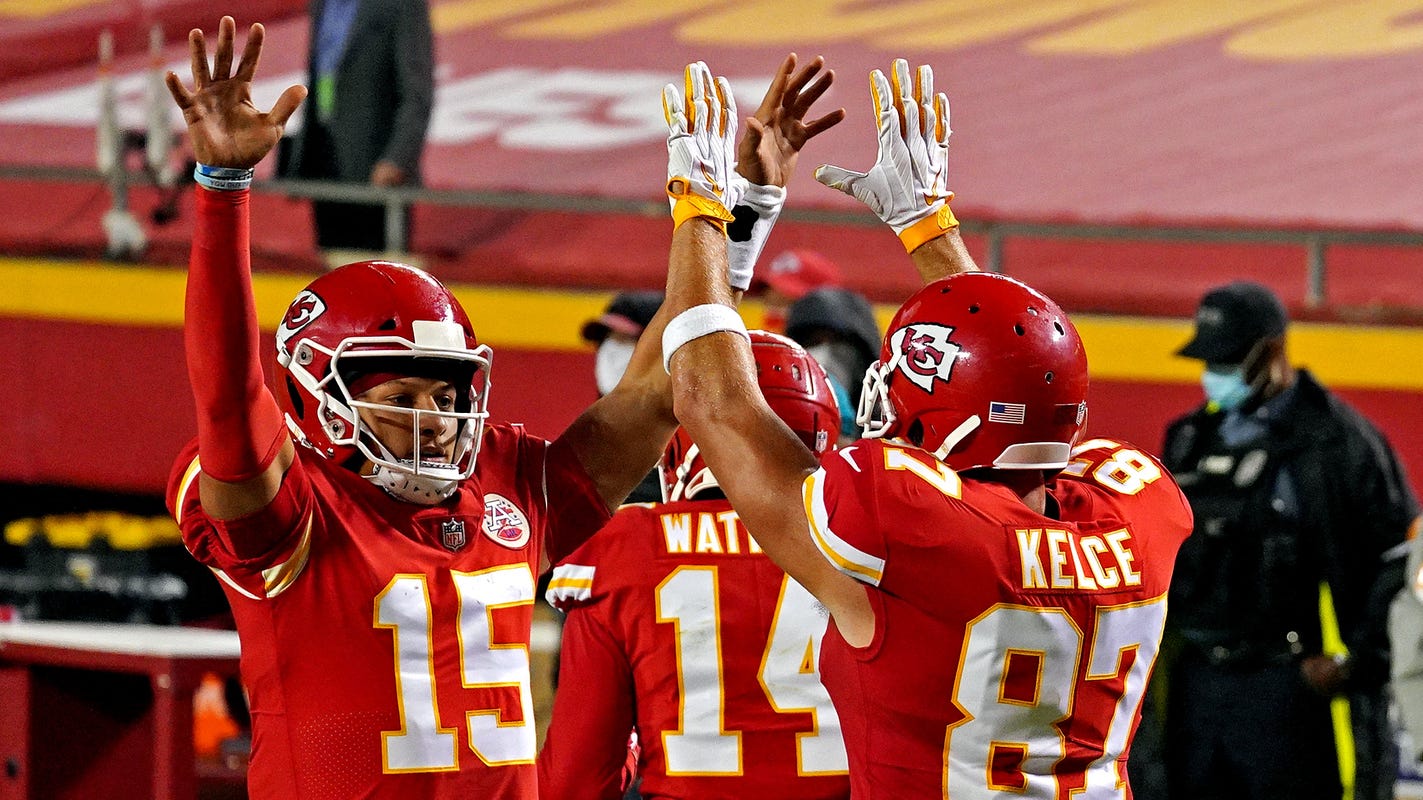 KANSAS CITY —After an unconventional offseason and preseason, the NFL finally returned Thursday night. And although nothing about the stage of the 2020 season opener bore resemblance of normalcy — not the sparsely filled Arrowhead Stadium (limited to 15,895 fans because of coronavirus restrictions), not the NFL-sponsored pre-game messages (in both video form, stadium signage and song) of support for racial equality — from the opening whistle to the last, it was business as usual.

Patrick Mahomes and the Kansas City Chiefs’ high-octane offense delivered another signature performance and a 34-20 victory over the Houston Texans. It was another 300-plus-yard day highlighted by frequent displays of wizardry from the NFL’s brightest star.

And Deshaun Watson did his best to carry the Texans but ultimately couldn’t overcome a shoddy offensive line. It didn’t help that Houston’s defense had no answer for Kansas City’s offense. But the Texans looked like a revamping operation, and the Chiefs looked like they’re gearing up for a second straight Lombardi Trophy.

Although difficult to fathom, this Chiefs team actually has the potential to be better than last year’s Super Bowl-winning squad. Mahomes’ arsenal of Sammy Watkins, Tyreek Hill and Travis Kelce remain as in sync with the quarterback as ever despite the absence of preseason dress rehearsals. But the arrival of rookie running back Clyde Edwards-Helaire (the 32nd pick of the 2020 draft out of LSU) has provided an additional lethal element to this offense.

The LSU product dazzled with 25 carries for 138 yards and a touchdown, ensuring great balance for Kansas City’s offense. Explosive and elusive, Edwards-Helaire showed just why many close to the game viewed him as a rookie of the year candidate before he even played his first game.

With the run game clicking and the passing attack picking up where it left off in 2019, the Chiefs essentially had their way with the Texans. Offensive coordinator Eric Bieniemy and coach Andy Reid cooked up plays heavy on misdirection and creativity, and Houston’s defense looked off balance all night.

But much of Kansas City’s success stemmed from Mahomes’ comfort in the offense and, at least on this night, mastery of diagnosing defenses.

Leading up to the season, the young quarterback expressed a desire to improve at seeing and feeling the game. He wanted to anticipate better, react faster and execute more quickly. On Thursday, he did all that, again and again manipulating the defense and putting his teammates in position for success.

Mahomes completed 24 of 32 passes for 211 yards and three touchdowns and a passer rating of 123.3

Watson’s persistence was admirable. He directed two late-game scoring drives to make the score respectable. He threw for 253 yards and a touchdown, although chemistry with his revamped receiving corps remains a work in progress. Holdover Will Fuller led the way with eight catches on 10 targets for 112 yards, and no other player had more than three catches or 39 receiving yards.

And running back David Johnson — acquired in the trade that sent All-Pro wide receiver DeAndre Hopkins to Arizona — delivered a solid Texans debut with 77 rushing yards and a touchdown on 11 carries. But pass protection remains an issue for the Texans and Watson, who in the last two seasons has ranked among the most sacked quarterbacks in the league. The Chiefs hit Watson seven times and sacked him four times. One of those hits — a blow on a blitz by safety Tyrann Mathieu — jarred Watson to the point that his pass sailed short of its intended target and into the hands of cornerback L’Jarius Sneed for a play that set up Kansas City’s fourth-quarter touchdown.