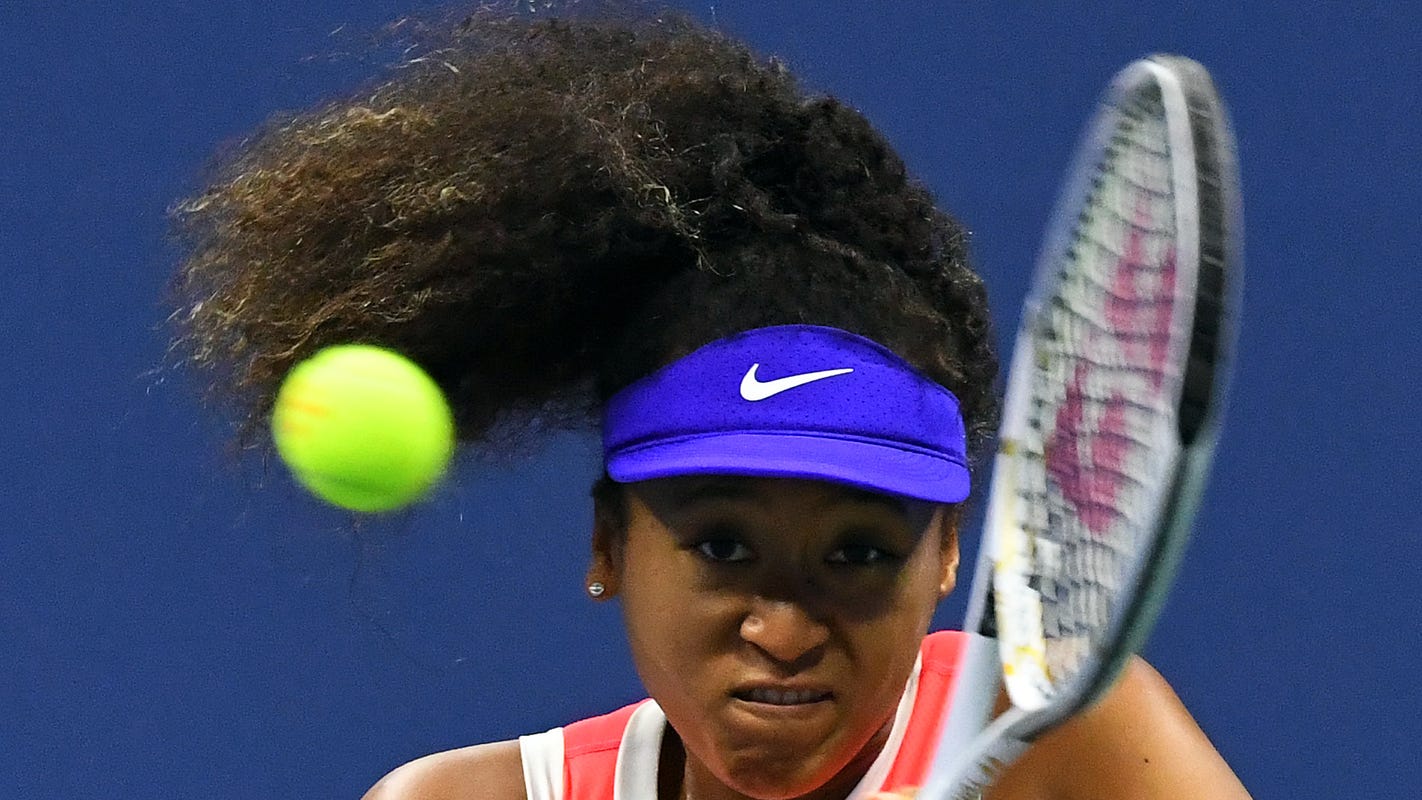 Naomi Osaka outlasts Jennifer Brady in three sets, on to US Open final

NEW YORK — Back in the halcyon days before the pandemic, the American tennis year got off to a rousing start courtesy of Sofia Kenin, who won the Australian Open as the No. 14 seed in a result almost nobody saw coming.

Seven months later, Jennifer Brady, a Pennsylvanian relocated to Florida and the 41st-ranked player in the world, was hoping to reprise that outcome. The first college player to make the Open semis since Lori McNeil in 1987, Brady very nearly pulled it off in Thursday night’s U.S. Open semifinals against No. 9 and heavily favored Naomi Osaka, putting on an extraordinary display of ball-bashing and poise, never betraying any nerves in a moment that would’ve overwhelmed a player of less psychological sturdiness.

The score line was 7-6 (1), 3-6, 6-3, and it was closer than that. It may have been the best women’s match of the tournament, both players slugging it out from the baseline, protecting their serves as if they were the family jewels. Osaka, a two-time major winner who will advance to Saturday’s final against the winner of the second semifinal between Serena Williams and Victoria Azarenka, never could manage to break Brady’s serve until the third set.

The break came at a critical time for Osaka, who was leading 2-1 in in a match of unrelenting tension. At 15-40, Brady hit a backhand that was called long. Brady did not challenge, even though her coach was motioning her to; the replay showed her shot was in, but it was too late.

It was an ill-timed oversight, and Osaka took it. She held to make it 4-1, and suddenly rejuvenated, had Brady’s serve under constant stress in the sixth game, before Brady fought off three break points to hold with a forehand crosscourt winner. It was more mind-numbing steeliness for Brady, who was competing a woman has become the face of the sport’s consciousness with her statements supporting racial equality and her masks remembering victims of police brutality.

From the first round, Osaka said she had seven masks in all, and wanted to keep winning so she could let the world see all of them. In the quarters she honored the memory of George Floyd. In the semis it was Philando Castle, a 32-year-old Black man who was shot to death after a traffic stop in Minnesota four years ago.

The world will now get to see Mask No. 7. But that was by no means certain for more than two hours.

Brady won her first career tournament last month in Lexington, Ky. and hadn’t lost so much as a set through her first five rounds, and came out swinging and battling. She went racket-to-racket with Osaka from beginning to end, but Osaka’s level never faltered.

The 5-foot-11 Osaka showed what players call easy power, the ball rocketing off her racket even though she doesn’t seem to take an especially big cut. She lost only one point in her first two service games, but Brady began measuring the Osaka serve and earned the first break point of the match in Game 7 with the match squared at 3-3. Brady got a bit overanxious on her return, overhitting a backhand return for deuce, and Osaka took the game two points later with a backhand crosscourt winner.  Both players dominated with their serves the rest of the set, and it went to a tiebreak. Brady, who had stayed with Osaka impressively throughout the set, smacked an ace to get to 2-1 in the breaker, but never got another point. Her jackhammer forehand, usually her most trusted weapon, let her down. She missed two forehand returns, another forehand wide. Osaka closed it out with a 120-MPH service winner that Brady did well to get racket on.

Brady refused to go away, though. She stayed on even terms with Osaka all through the second set, and had a 4-3 lead as Osaka served in the eighth game, and prevailed in a blistering, 18-shot rally on break point that concluded with Osaka belting a forehand wide.

It was the first break of the match, giving Brady a 5-3 lead. She served it out at 15, and took it into a third and deciding set, where the epic battle continued, and the turning point, sadly, may have been when a shot that was good was called out.