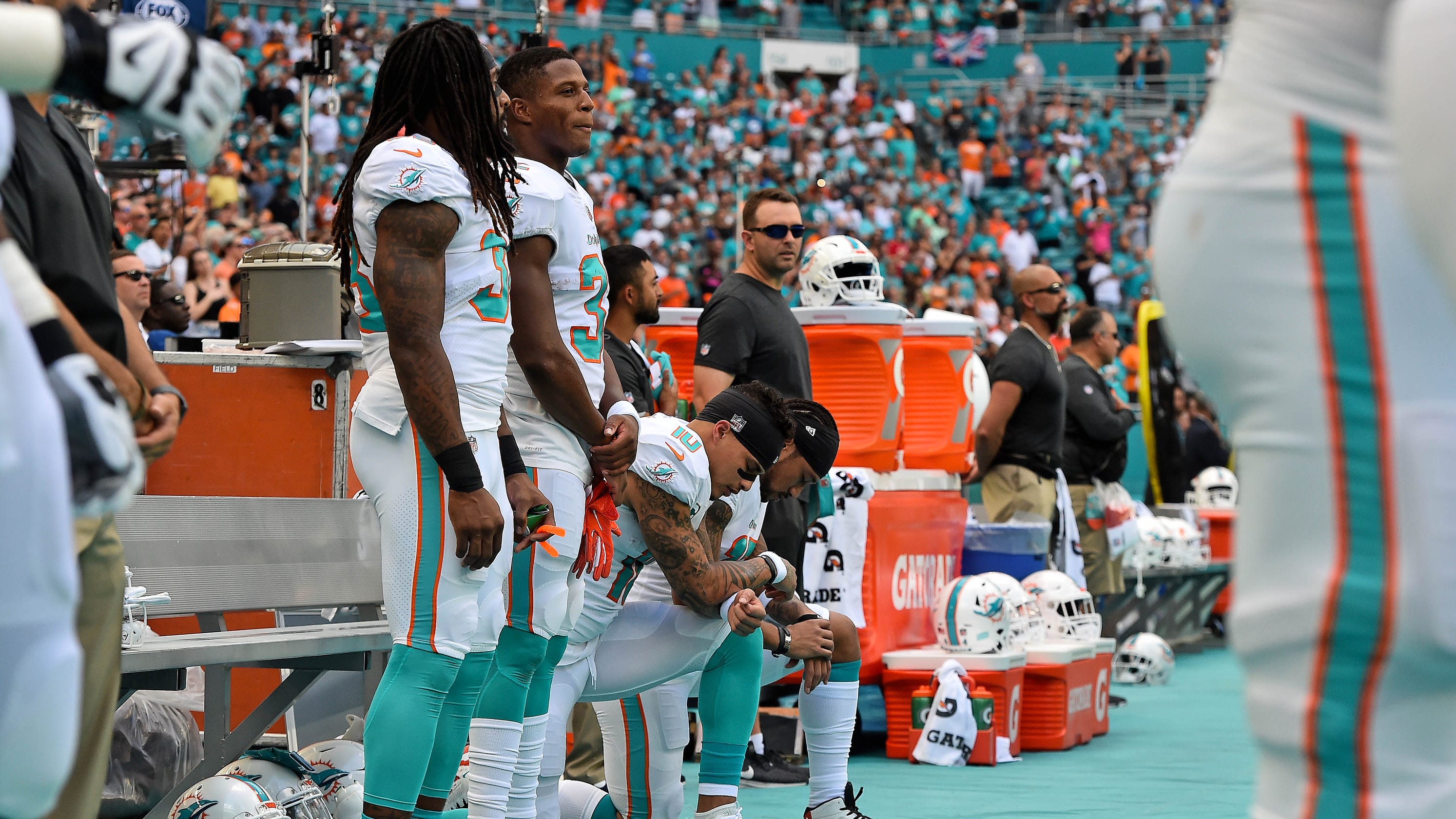 Miami Dolphins players released a blistering and powerful two-minute, 17-second video on Thursday night in which they said they will stay inside for the playing of two national anthems before Sunday’s season opener, and explained in detail why.

The Dolphins play at New England on Sunday. Like many NFL teams, they have over the past few years had players kneel in protest of social injustice during the national anthem.

But the players had said this week they were working on a unified message and protest. In the video, the players criticize the NFL for its approach to social inequities.

The Dolphins wanted to make a stand without following along with the plan the league had set forth, which included the playing of two national anthems. This week, “Lift Ev’ry Voice And Sing,” also known as the Black national anthem, also will be played.

Cornerback Byron Jones wonders: “Whatever happened to the funds that were promised?”

Receiver Preston Williams adds: “You can’t open your heart when it’s controlled by your wallet.”

In a powerful moment, McCain suggests he’s tired of being told to stay in his lane.

“If you speak up for change, then I’ll shut up and play,” McCain said.

BREAKING NEWS: The@MiamiDolphins players will stay inside for both national anthems. They express their discontentment with what they call “fluff and empty gestures” by the @NFLpic.twitter.com/ghUktHhPt9

Among the former Dolphins who were at the forefront of NFL player protests of social injustice were Kenny Stills and Michael Thomas, now with the Texans. Stills was traded prior to last season.

Stills has criticized Miami owner Stephen Ross, who has donated an extraordinary amount of money to social justice causes, for his hosting of a Donald Trump fundraiser.

“Or a left-right thing,” Karras said.

“And stop arguing about which wing,” Wilkins said.

At the end of the video, Miami coach Brian Flores speaks.

“Before the media starts wondering and guessing, they just answered all your questions,” Flores said. “We’ll just stay inside.”

If Dolphins players do choose to stay inside during the national anthem or anthems for this entire season, it will prevent repeated story lines about which players stood and which didn’t and why.

Miami players clearly laid out the issues in which they want to see change. Among the issues identified:

The players clearly express their frustration and anger with both the state of society as well as their interpretation of the league’s efforts.

“So if my dad was a soldier but the cops killed my brother do I stand for one anthem and then kneel for the other?” linebacker Elandon Roberts said.

“And as a team we’ll stay inside,” Roberts said.