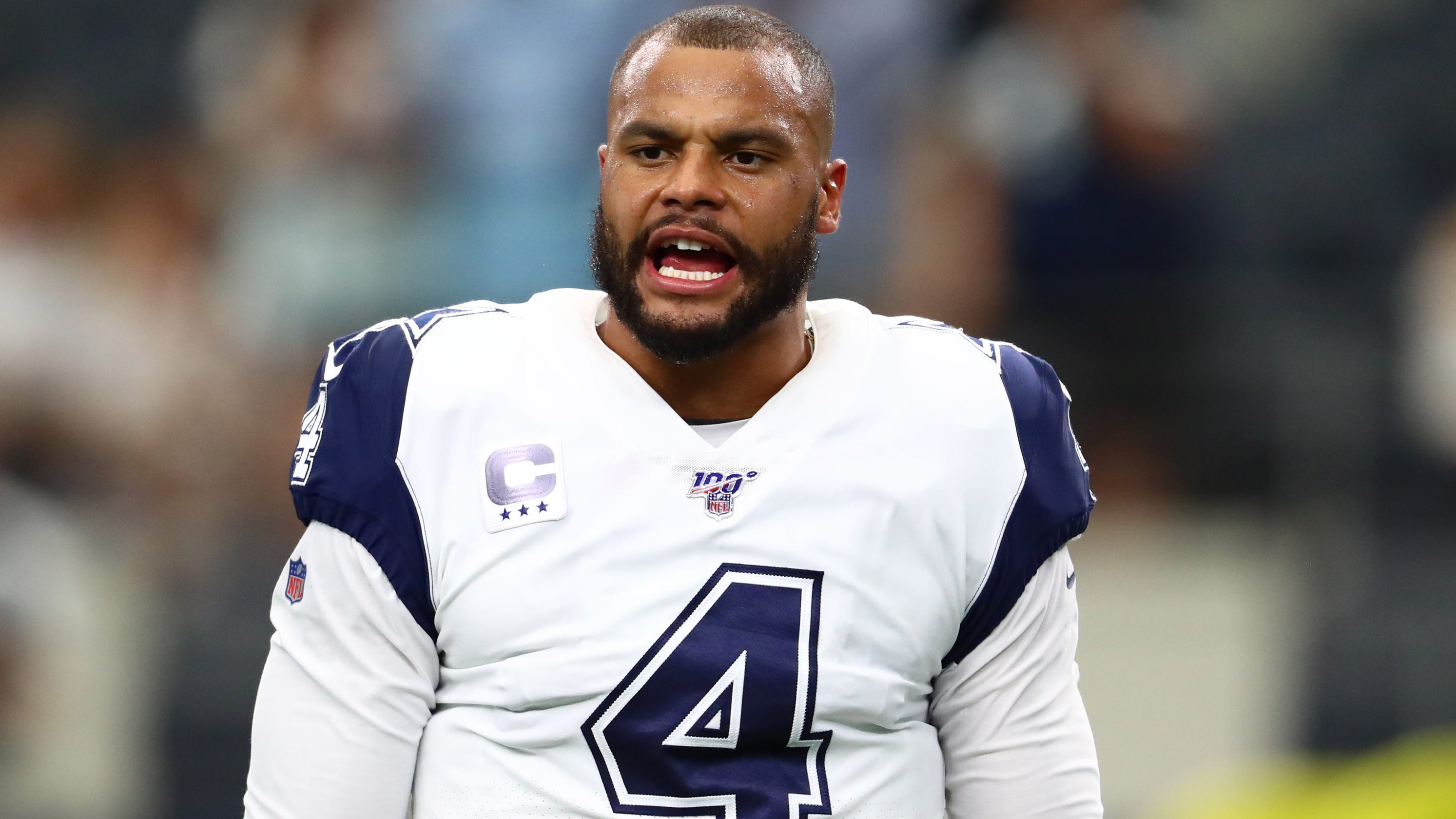 SportsPulse: Jori Epstein breaks down the Dallas Cowboys chances of making the Super Bowl this year and why their Achilles heel isn’t actually on defense but a unit that’s traditionally been their strong suit.

If someone were to take issue with every one of Skip Bayless’ dumb or ill-formed opinions, there wouldn’t be time left for anything else.

Sometimes, however, what he says is too ignorant and offensive – too dangerous – to be ignored.

Today is one of those days.

Bayless criticized Dallas Cowboys quarterback Dak Prescott for opening up about his mental health struggles, suggesting it indicated Prescott was weak. What Prescott really needed to do, Bayless said on Thursday’s “Undisputed,” was to “fight back” and not “give in to the depression.”

Rub some dirt on it while he’s at it, perhaps.

The stoicism and stiff upper lip that Bayless recommended have ruined people, both those who suffer from mental health issues and the loved ones who can only watch helplessly as they struggled in silence. That Bayless made his comments on World Suicide Prevention Day, after Prescott said his brother Jace’s suicide contributed to his depression, was all the more cruel.

“He had a lot of burdens on him,” Prescott said of Jace, who was with their mother daily when she was dying of colon cancer in 2013.

“Our adversities, our struggles, what we go through is always going to be too much for ourselves and maybe too much for even one or two people, but never too much for a community or too much for people in the family that you love,” Prescott said in a recent interview with Graham Bensinger. “So you have to share these things.”

For too long, we’ve been conditioned to do the opposite, believing, as Bayless suggested, that mental illness is a personal failing rather than the disease it actually is.

Would Bayless have told Jay Cutler to suck up his diabetes and throw away his insulin? Would he have been so blasé about Washington Football Team coach Ron Rivera’s recent cancer diagnosis? Would he have said Von Miller was risking his status as leader of the Denver Broncos because he has asthma?

All of those are ridiculous. So is suggesting mental health is something one should just “rise above.”

That Prescott was brave enough to give voice to the anxiety and depression he experienced this spring is not only a testament to his strength, it will make a difference. If someone like Dak Prescott, the face of one of the most famous teams in the entire world, can admit he needed help, it will give countless others the courage to say they do, too.

By going public, Prescott is saving lives. Only those who are themselves weak and small would think less of him for it.

“Being a leader is about being genuine and being real,” Prescott said after he was told about Bayless’ comments. “No matter how big of a person you are, if you’re not mentally healthy … you’re not going to be able to lead people the right way,” Prescott added. “So, before I can lead, I’ve got to make sure my mind’s in the right place to do that. … It’s important to be vulnerable, to be genuine, to be transparent.

“I think that goes a long way when you’re a leader and when your voice is being heard by so many, and you can inspire.”

For generations, we’ve held up athletes as these superhuman beings who are immune to human frailties like pain or emotion. But that has done them a disservice, and too often kept them from seeking the help they need, be it for concussions, broken bones or mental health.

Fortunately, more and more athletes are speaking out. Michael Phelps, the greatest Olympian of all time, has devoted himself to mental health awareness in his retirement. Kevin Love is open about his struggles with mental health, and Paul George is one of several players to acknowledge the psychological challenge being in the NBA bubble has posed.

Athletes are role models, like it or not. The more they acknowledge that mental health is as important as physical health, the better we’ll all be.

Bayless gets paid a lot of money by Fox Sports to say outlandish things and stir controversy. But his comments Thursday went beyond that. They were insulting and irresponsible, and they crossed a line.

Bayless long ago ceased to be worth listening to. Some days are a bigger reminder of that than others.